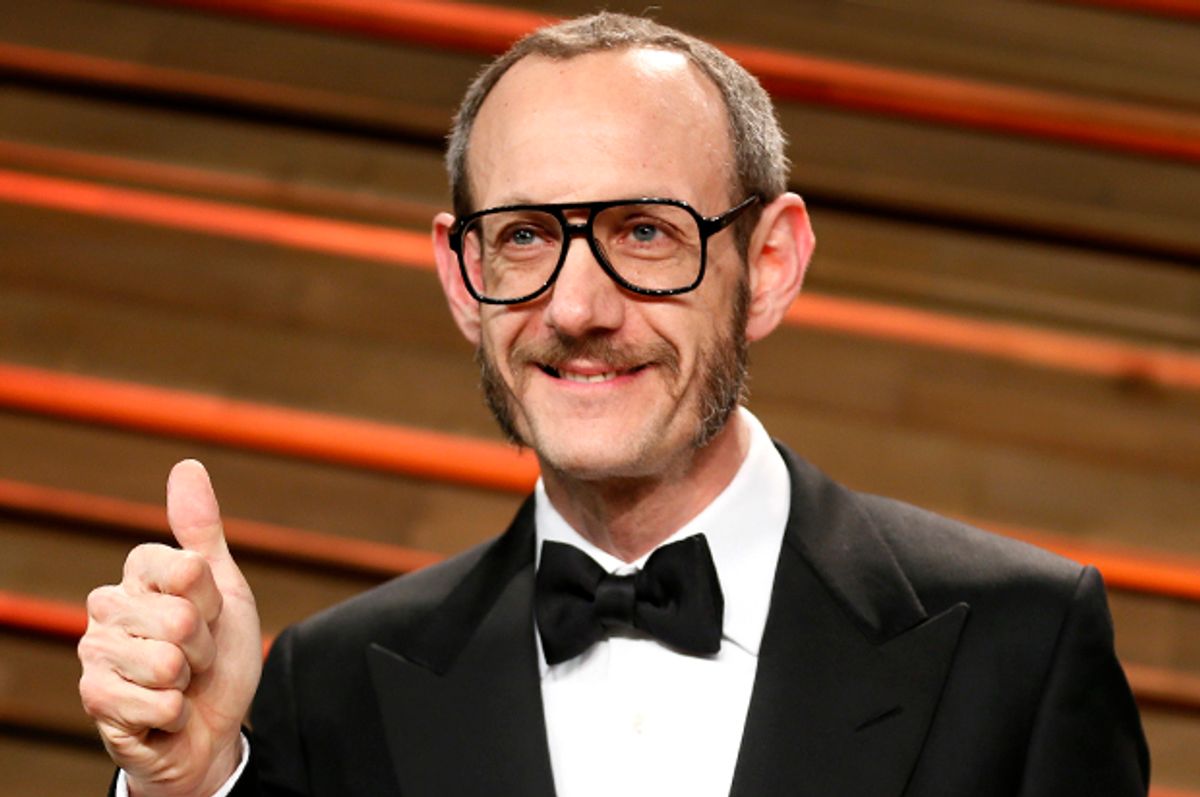 Just when it seemed like the fashion world had finally washed its hands of photographer and alleged pervert “Uncle” Terry Richardson, he wormed his way into two prominent magazine gigs shooting recent covers for Harper’s Bazaar and Rolling Stone, of supermodel Miranda Kerr and superwoman Nicki Minaj, respectively. It’s possible the magazines thought they might fly under the sleaze radar, thanks to a field crowded recently with the likes of Bill Cosby, Jian Ghomeshi, Dov Charney and Woody Allen, but it’s more likely they actually wanted the attention generated by breaking ranks with the rest of the fashion world to hire a controversial figure like Richardson.

At this point, hiring him is declaring for Team Terry—which is to say, for backing an influential man at the potential expense of the women who make your industry work. But Rolling Stone really needed to shake up their stolid, play-by-the-rules reputation, right?

Talk about Richardson’s reputation for sexually harassing and abusing models on the job reached fever pitch last year, when a ridiculously-titled New York Magazine profile asked, “Is Terry Richardson an Artist or a Predator?” The profile laid out a number of accusations against the photographer who is said to have cultivated a reputation as “a proud pervert” for, among other things, taking off his clothes on set while pressuring models to pose topless or pantomime sex acts. But hey, he also directed Miley Cyrus’ “Wrecking Ball” video, so … artist?

The numerous allegations were enough for brands like H&M to publicly denounce him and for top outlets like Vogue and the New York Times to put him on the do-not-call list. But the ridiculous either-or scenario the profile presents is the same line of thinking that demands we choose to believe in Bill Cosby’s artistic legacy or his alleged rapes, but not both. It’s the same mindset that begged us to think hard about Jian Ghomeshi’s contributions to Canadian culture before charging him with assaulting women, and demands us to let Roman Polanski off the hook for serving his sentence for unlawful sex with a minor because “Chinatown” and “Rosemary’s Baby.” It contributes to the damaging implication that sexual misconduct is somehow excusable in, or even native to, the creative arts workplace.

The absurd "artist or predator" binary suggests that if we accept Richardson as an artist, that means we must also dismiss allegations of sleazy or abusive behavior, even when they directly apply to the work he is hired to do. In other words, unclench and let the genius man do his work already—fashion photographs are clearly more important than the women they depict.

It might be too soon to declare this a Richardson Renaissance. Model’s Alliance executive director Sara Ziff told BuzzFeed that an industry-wide distaste for Richardson’s shenanigans still applies: “In light of numerous models’ allegations of sexual abuse by the photographer Terry Richardson, Vogue, W, and T Magazine have decided not to condone his behavior by continuing to work with him.” So the industry has that going for them. The next step would be for more superstars—like Neil Patrick Harris, whom Richardson shot for Rolling Stone last May, his last cover—to speak up when a magazine wants to pair them with Richardson and say they’d prefer to be in a room with one of the many, many excellent photographers who won't insist on getting naked on the job instead.