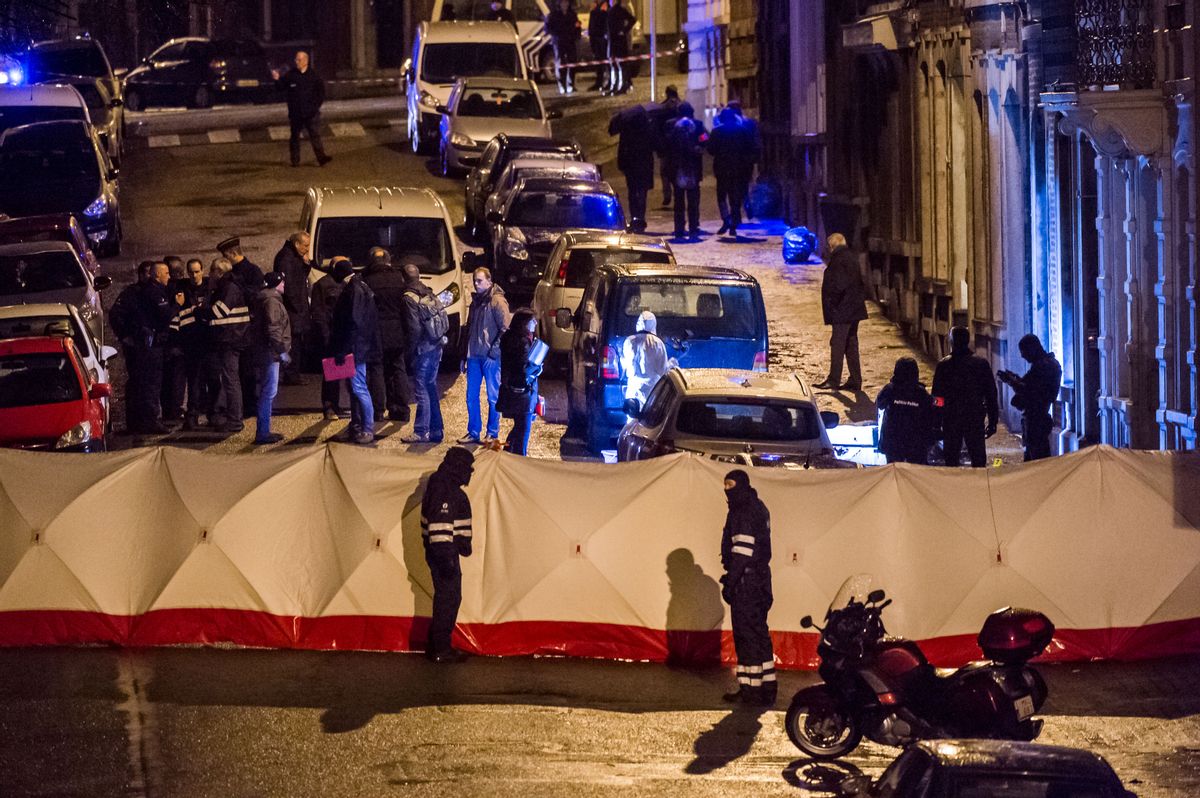 1. RAIDS IN EUROPE FOR SUSPECTED MILITANTS

Authorities say more than two dozen suspects have been arrested in Belgium, France and Germany in continuing searches for suspected terrorists.

2. WHAT PONTIFF IS CALLING ON FILIPINOS TO DO

Pope Francis implores authorities to reject corruption and urges them to instead work to end the Asian nation's "scandalous" poverty.

3. JUSTICES MUST ACT FAST IF GAY MARRIAGE IS TO BE SETTLED

Time is running short for the Supreme Court to get same-sex marriage on its calendar if they want to tackle the issue before summer.

Christopher Lee Cornell, 20, made Twitter posts sympathizing with Islamic terrorists that led to his arrest on charges that he plotted to blow up the U.S. Capitol and kill government officials.

The European Space Agency says its Beagle-2 lander, which had been lost on the red planet since 2003, has been found.

Charles Frederick Warner, convicted of killing an infant, was Oklahoma's first lethal injection since a botched one last spring.

7. STATE OF THE UNION ADDRESS JUST ISN'T WHAT IT USED TO BE

Battle lines between Obama and the new GOP-led Congress are drawn, and the administration is scrambling for new ways to break through.

8. WHICH STATE HAS TOO MUCH POT

Six months since Washington entered the legal marijuana market, a dearth of weed has turned into a glut, with growers struggling to sell their product.

9. HOW BREWERS CAN PUT KIDS ON LABELS

A law would allow beer makers to peddle suds in New Hampshire even if the label shows images of minors — as long as officials decide they aren't intended to entice underage drinkers.

Fresh off their Oscar nominations, "Birdman" and "Boyhood" add to their awards-season haul with multiple wins at the Critics' Choice Movie Awards.