Boehner's Taylor Swift meme: How the GOP became the party of the GIF 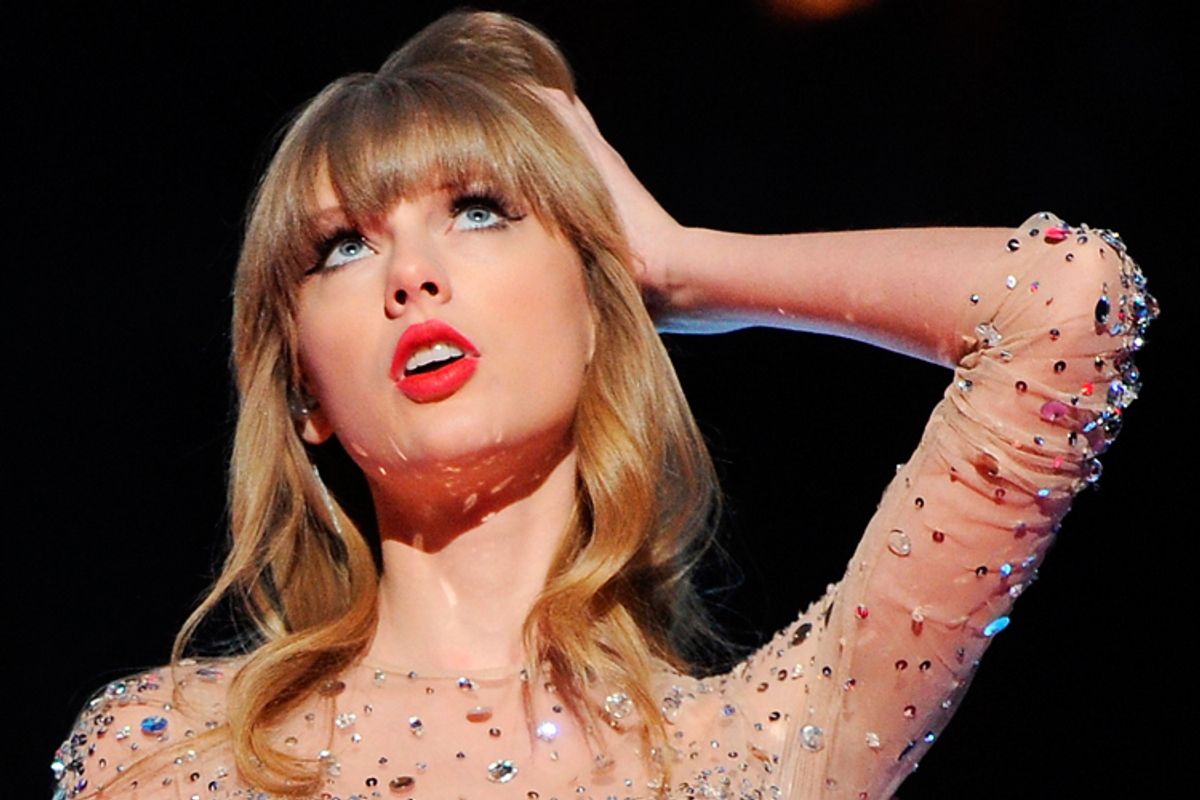 As of late, the GOP has been making increased efforts to appeal to millennials by targeting them on their home turf: the world wide web. Their newest bold foray into the world of clickbait popped up this morning, in the form of a GIF roundup on Speaker John Boehner’s website simply titled “12 Taylor Swift GIFs for you." For us!? Aww Boehner, you shouldn't have!

But alas, no Taylor Swift GIFs in life are free: Rather, the "1989" songstress was stealthily weaponized in order illustrate an argument against Obama's plan to provide free community college tuition, because, as Boehner's team puts it: "The president knows full well there’s no blank space in the taxpayers' checkbook."

Frankly, when this whole Republicans-trying-to-be-hip on social media thing first started happening, it gave us an icky, uncomfortable feeling, like the feeling you get when your dad incorrectly uses acronyms in text messages, or getting friended on Facebook by your grandma.

Yet we’re increasingly impressed by the GOP’s grasp of internet lingo (Boehner, especially, is a master of the #tbt) and their ever-improving ability to tap into the zeitgeist: Namely, the universe's unquenchable thirst for anything relating to the elusive, bipartisan entity that is Taylor Allison Swift. Here’s a look back at some previous attempts:

1. This isn’t Boehner’s first GIF rodeo, although his other attempts haven’t quite captured the spirit of the moment like the T-Swift roundup has. Still, honorable mention to “8 Shark GIFs That Perfectly Explain Why Senate Dems Can’t Ignore House Republicans’ Jobs Bills”, and the even more promising attempt, “7 How I Met Your Mother GIFs That Perfectly Explain The U.S. Budget Process" (because if there's anything that can match the tedium of the US budget process, it's the later seasons of "How I Met Your Mother").

2. Animals seem to be a popular source for Republican GIF roundups, perhaps due to their lack of political affiliation, as we see in the NRCC’s “13 Animals That Are Really Bummed on ObamaCare’s Third Birthday.” Look at that basset hound! He is so bummed about Obamacare. And how could we forget that other snappy NRCC gem, “House Republicans are the Last Line of Defense"?

3. Then of course, there was the epic "DewFeed" — sadly taken down now — the 2013 attack website by Republican state senator Dan Patrick against his rival for Texas lieutenant governor, incumbent David Dewhurst. Inspired by BuzzFeed, DewFeed kicked off a listicle that followed Wendy Davis' filibuster through a series of nine cat GIFs. Filibustering has never been so shareable!

2. The Heritage Foundation’s BuzzFeed listicle about the perils of Obamacare -- aka, "That One Time I Was Really, Really Excited About Obamacare" -- is a classic of the GOP GIF genre, culling GIFs from sources as wide-ranging as “Bridesmaids” and "America's Next Top Model" to drive their point home. Really top-notch image selection of here; plus, we're pretty sure One Direction's "Same Mistakes" was actually written about the band's frustration with Obamacare delays.

1. But to this day, the best attempt might be the Energy and Commerce Committee’s searing, profound treatise on "The Roller Coaster of Emotions on the Path to Build the Keystone XL Pipeline.” From Honey Boo Boo to Ron Weasley to "Star Trek" and "Bruce Almighty", the roundup really runs the full gamut of pop culture references. Plus of course, our personal favorite: