His supply side economic experiment has been an utter disaster, but Brownback can't be bothered 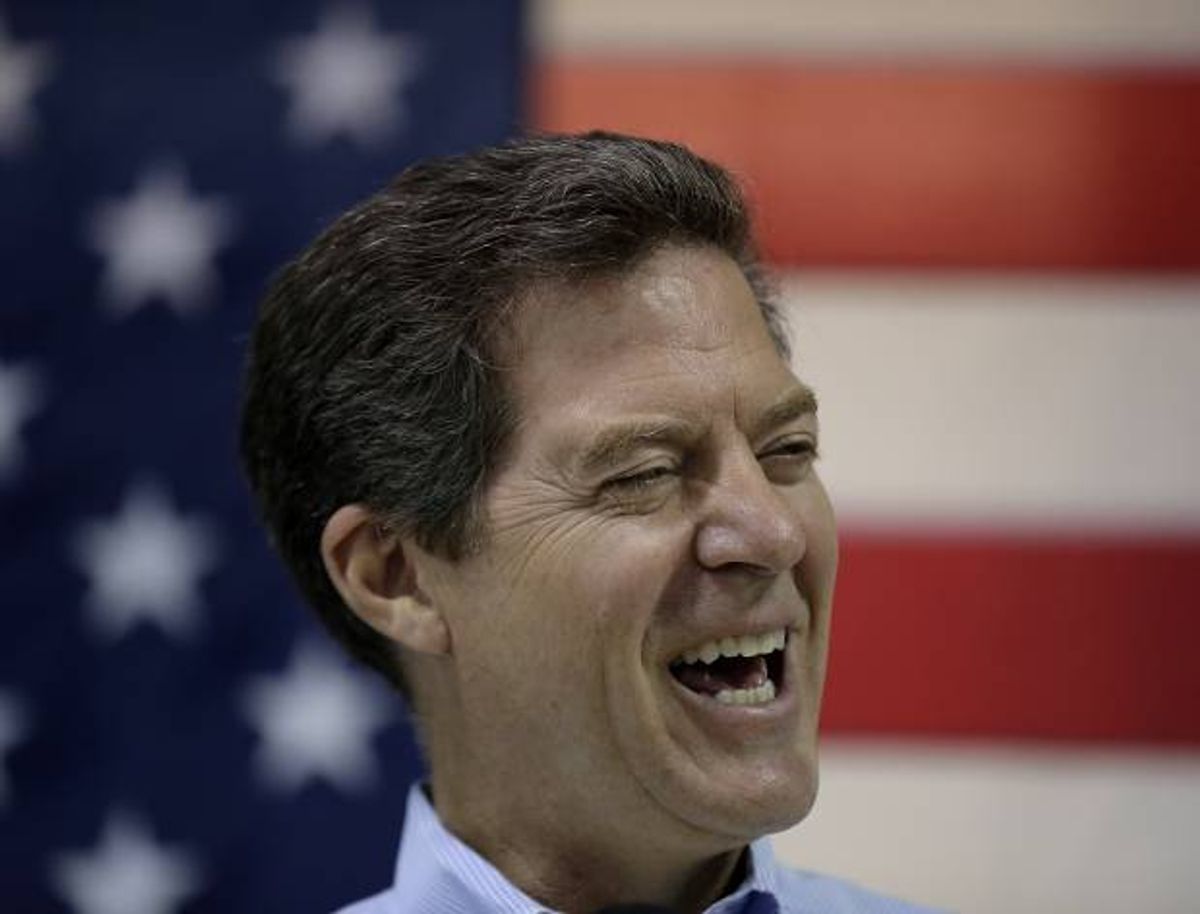 Here's what Kansas Gov. Sam Brownback's supply side economic experiment has wrought: The Republican's massive tax cuts for the wealthy and businesses will cost the state a projected $5 billion in revenue over seven years; by this summer, legislators must address a $278 million revenue shortfall, which Brownback is looking to fill in part by slashing vital infrastructure spending and reducing contributions to the state's already underfunded pension plan. Meanwhile, the tax cuts haven't delivered the economic "shot of adrenaline" Brownback promised. Kansas' GDP growth lags behind that of other states in the region, its rate of job growth is slower than that of the nation as a whole, and the state's per-capita income ranking hasn't changed since the tax cuts were enacted in 2012. Kansas is ascending the national rankings on one measure, however: Last year, it ranked seventh in the nation among states residents left.

Fat chance. In his State of the State address last night, the newly reinaugurated governor was at once determined, defiant, and delusional, vowing that he would continue to move the state toward zero income tax, indicating that despite some post-election speculation, Brownback has no intention of reversing course on his signature economic policy.

“For the past several weeks, we have been in consultation with government, business and industry leaders regarding our shared fiscal concerns. They have been generous with their time and frank with their advice. Tomorrow I will present to the Legislature a proposed two-year budget that is in balance — with revenues exceeding expenditures each year. And we will continue our march to zero income taxes,” Brownback told legislators.

And what's not to love about zero income taxes? Aren't we already forking enough over to Uncle Sam before we then have to pay the state tax man?

Superficially attractive as the notion may be, however, zero state income tax hardly means zero state tax. States have to generate revenue somehow, and those without income taxes rely on deeply regressive sales taxes to do so. Despite a veneer of fairness -- everybody pays the same tax rate! -- sales taxes disproportionately harm poor and low-income people. After all, as Siri Srinivas puts it, paying a 10 percent sales tax at the grocery store hits a minimum wage worker far harder than it does, say, an investment banker. Srinivas notes that Tennessee, which has no income tax, also has the highest sales tax rates in the nation, with an average 9.46 percent combined state and local rate.

A study released this week underscores one of the most pernicious effects of such a tax regime: It exacerbates inequality. The Institute on Taxation and Economic Policy found that "[v]irtually every state's tax system is fundamentally unfair," with state and local taxes eating disproportionately into lower-income workers' wages. But the effect was far worse in states with low or no income tax. In the Institute's "Terrible 10" states, the bottom quintile of wage earners pay up to seven times as much of their income in taxes as the top one percent does. The worst offender was Washington state, which has no individual income tax. The remaining states on the list were Florida, Texas, South Dakota, and Tennessee, which all lack individual income taxes; Illinois and Indiana, which tax individual incomes at a flat rate; and Pennsylvania, Arizona, and Kansas.

Expect Brownback to rely on good, old fashioned regressive taxation as he seeks to clean up the economic mess he created. His administration has already preserved a sales tax increase enacted under Brownback's predecessor, and in the months since the governor narrowly won a second term, his office has signaled that further sales tax increases are on the table.

If Kansans doubted that elections have consequences, they're going to be rapidly disabused of that notion.