Budget reconciliation offers the new GOP Congress its best chance at achieving something. Will they waste it? 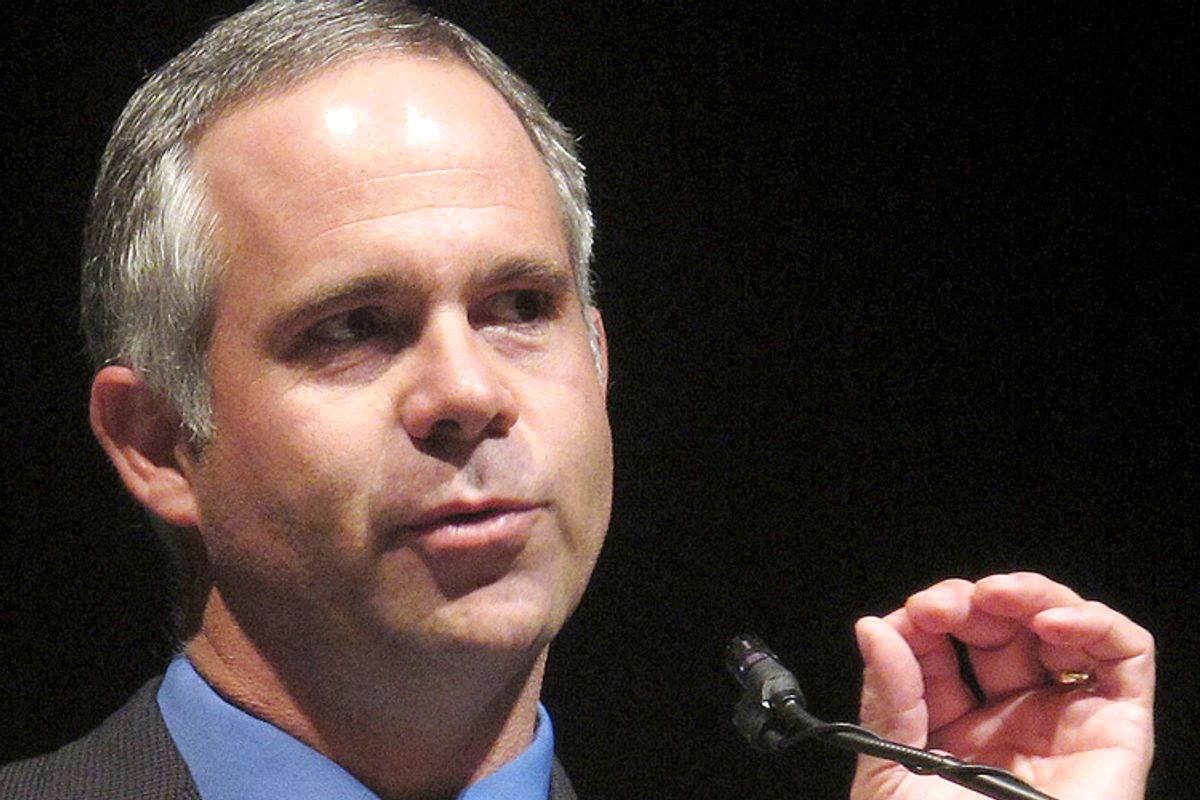 The overarching goal for Republican leaders at their ongoing joint House-Senate retreat in Hershey, Pennsylvania seems to be, euphemistically put, "educating members" about what they can and cannot achieve in the 114th Congress. Mitch McConnell, John Boehner, and their leadership teams will try to "educate" the hot-bellied rank-and-file in the direction of achieving practical, if not thrilling, results that "shows they can govern responsibly."

A lot of this "education" involves second-grade level arithmetic that national legislators should be able to work out on their own but apparently cannot. The simple mathematic principle is this: without two-thirds majorities in both the House and Senate, the Republicans cannot enact whatever bills they want into law. That's supposing that a bill even makes it as far as the president's desk: without Democratic input in the Senate, Republicans will have a lot of trouble clearing past procedural hurdles there. "Educating."

Republicans will, however, have one (1) opportunity to work around a Senate filibuster over the next two years: budget reconciliation. It's a convoluted process, but in short, budget reconciliation allows a Senate majority to bypass the filibuster on a piece of legislation that meets certain budgetary requirements -- that it doesn't increase the deficit, for example, at least if the legislative changes are to be permanent.

The are two strategic ways to go about using a reconciliation bill wisely.

If your party has control of both Congress and the presidency, reconciliation simply lets you bypass the Senate minority's filibuster and get your most desired bundle of goodies straight to the president. President George W. Bush and the Republicans passed their 2001 and 2003 tax cuts through reconciliation. (Since they increased the deficit, they sunsetted after 10 years.) And the Democratic Senate passed a package of Affordable Care Act tidying-up in 2010 through reconciliation.

Using reconciliation in the sort of divided government that we have now is trickier. There's no point in Republicans using this one-off opportunity to pass something insane that President Obama would never consider signing. To use reconciliation as a "messaging" bill would be wasteful. It would be smarter to use reconciliation on an issue that the president himself is interested in: say, corporate tax reform. Since Senate Republicans would be able to move their proposal with 51 votes, they wouldn't need to tailor it to the desires of Senate Democrats. Then they could say to President Obama, "well, you said you wanted corporate tax reform; here's your corporate tax reform." Obama would have to make a difficult decision.

Educating. Members. That's how new House Budget Committee chairman Rep. Tom Price spent the day in Hershey on Thursday, National Journal reports. He educated members on the fact that reconciliation is a "powerful tool, but not a silver bullet." Reconciliation will not allow them to turn the country into their dreary free-market dystopia with one magical flick of the wand.

But the futility has not really sunk in. Or it has sunk in, and conservative members want to do it anyway for pure YOLO purposes. Here is Rep. Tim Huelskamp, Boehner antagonist, Cool Conservatives Club founding member, and incoming head of the Bachmann-founded House Tea Party Caucus:

This question is troublesome to members like Rep. Tim Huelskamp of Kansas, a conservative who says he speaks for a powerful populist Republican base (he told Bloomberg News that he will be the next chairman of the House Tea Party Caucus). Huelskamp says the only way Republicans can show they are serious about their hatred for the health care law is to use every tool at their disposal to roll it back. After all, it was public anger over health care that handed Republicans control of Congress, he reasoned.

"[Reconciliation] is the only chance to take it down. There's no other strategy. I'd love to hear one. I'd love to be wrong," Huelskamp said Wednesday. "We can't do it next year. It's too late because they'll say it's an election year." [...]

Huelskamp is also part of the new caucus of far-right House members who are forming an invite-only group that is intended, at least in part, to take on more traditional Republican stances like spending on infrastructure or bargaining with the White House. Expect this group to howl if Republican leaders decide to simply hold more repeal-Obamacare votes that go nowhere.

Jesus. How do you get through to a guy like this? Is it possible?

Reconciliation is not "the only chance to take it down." There is no chance to take down the Affordable Care Act. President Obama! Veto pen! Wake up, guy! Huelskamp and those who agree with him are tired of "repeal-Obamacare votes that go nowhere." Well, who isn't? It's just bizarre that they consider sending a bill to President Obama repealing his signature health care law, that he would instantly veto, something other than a vote that goes nowhere. That's precisely what it is. It just gets one step further on the path to nowhere. The destination is the same.

Huelskamp added that "an all-out war on Obamacare 'is the only way to preserve our conservative credentials.'" That's telling. The only way to prove that you're a Real Conservative is to pass a beefed-up protest vote that comes with serious opportunity costs.

The Tim Huelskamps of the world and the leaders of the GOP speak to very different constituencies. Tim Huelskamp is trying to prove to a narrow band of old white conservative people in Kansas that he is the most conservative person ever. The leaders of the GOP are trying to prove to the country at large that their party is marginally adult-like ahead of the next presidential election. There's no "educating" away this gap in interests.