"You should have been crying while she was alive": Another sentence handed down in Rehtaeh Parsons case 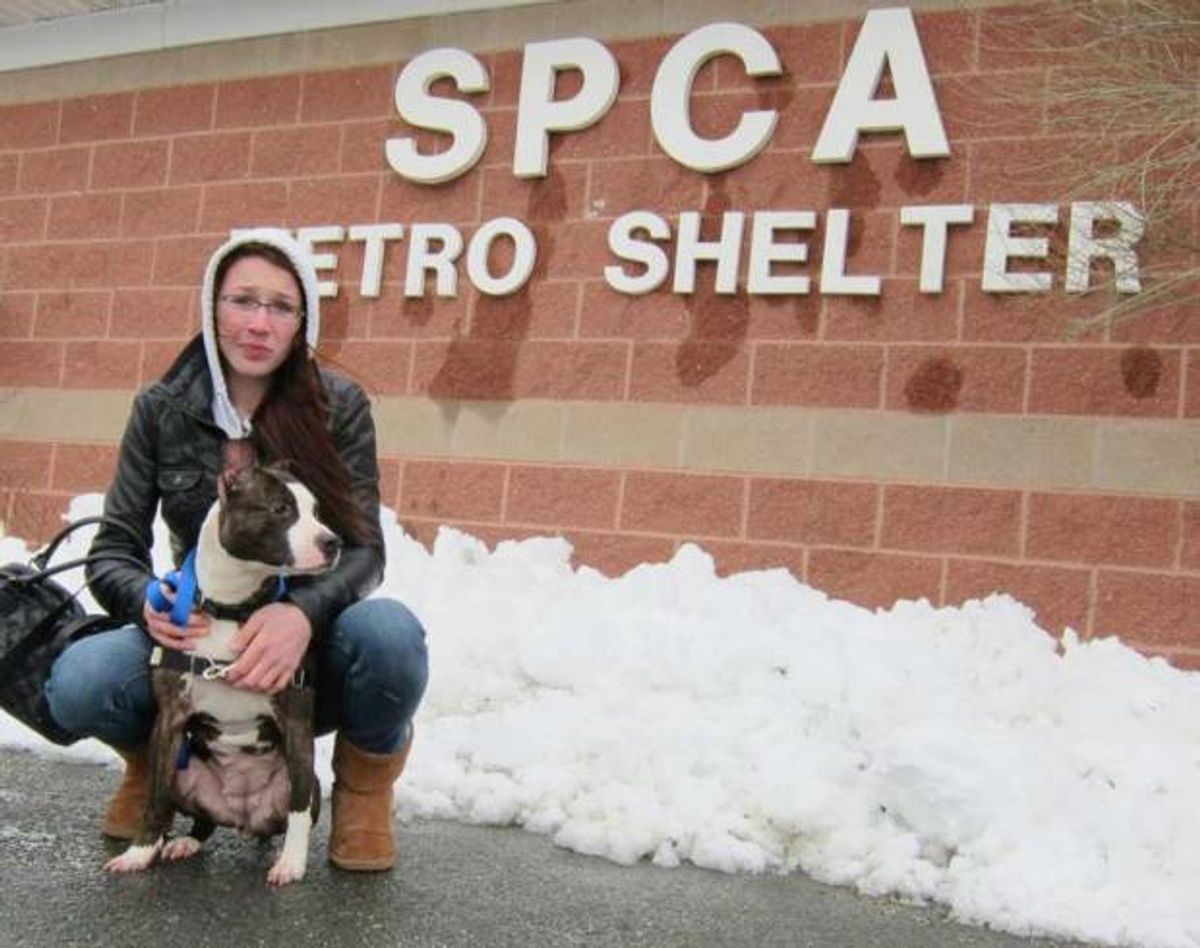 The man who texted a photo that showed him penetrating Rehtaeh Parsons during an alleged gang rape was sentenced this week to 12 months of probation. Nova Scotia Provincial Court Judge Gregory Lenehan said the man in the photo, who can be seen giving a thumbs up, displayed “utter contempt” for Parsons and treated her “as no more than a prop for his enjoyment." Parsons was 15 years old at the time of the alleged assault; she killed herself in April 2013 after what her parents described as a prolonged period of harassment.

Lenehan also ordered the man to undergo a mental health assessment, according to a report from the CBC. The man, whose name is protected because he was 17 at the time, still faces charges for assault and making death threats. Noting that a pre-sentencing report said that the man had cried upon learning that Parsons was dead, Lenehan told him, “You should have been crying while she was alive."

Last year, the teen who took the photo pleaded guilty to distributing child pornography. He was given a one-year conditional discharge. He will avoid jail but was ordered into a sexual harassment court and required to apologize to Parsons’ family.

Parsons’ mother, who could have been outraged at the comparatively mild sentences each of the men received, has instead shown tremendous forgiveness while continuing to advocate for her daughter and push for an investigation into law enforcement’s handling of the case. In a statement after the sentencing last November, Leah Parsons said a harsh jail sentence wouldn’t have brought her comfort because there is "nothing that will bring my daughter back":

When I ask myself what would justice look like for me to make this right? There is nothing that will bring my daughter back. I can’t go back in time so what is justice? A jail cell? What would jail do to help the situation? We need to pray for that male that he becomes the type of person the judge hoped he would become. One that values women and feels remorse, one that moves on in his life to reflect his lessons. We don't need more angry males out there for another female to cross paths with and be assaulted. We need less.

There was no justice in the courtroom as there rarely is for youth crimes but that does not mean we can not rise up to make justice in our own communities by making it a safe place for victims of sexualized violence.

In an effort to do that, Leah Parsons has continued to push Ontario Chief Prosecutor Murray Segal to conduct an independent review of the investigation. After the alleged gang rape, Parsons, joined by her mother, went to the police to report, but were told that there was insufficient evidence to file charges.

And despite it being illegal in Canada to circulate such an image of a minor, there were initially no child pornography charges filed. It was only after Parsons commit suicide and the case received international attention that two of the men involved were charged with the manufacturing of child pornography.

According to Vice News, Leah Parsons is already preparing to meet with Murray.