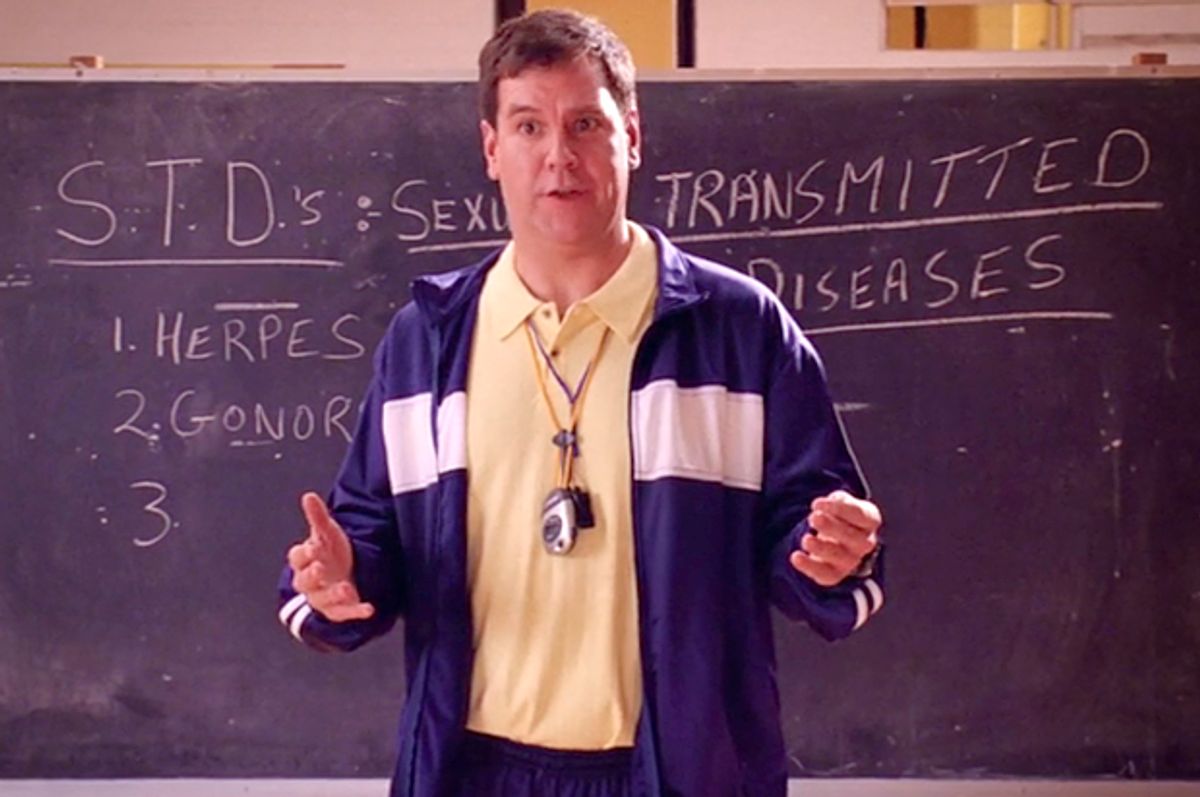 Earlier this week, a perplexing thing happened: An educational children's cartoon from Sweden, meant to teach young Swedish children about sexual anatomy, drew ire -- in Sweden. Notoriously sexually open Sweden. The negative response to the cartoon -- which depicts a dancing penis (wearing a bowler hat) and its vagina friend singing a little tune about how great genitalia are -- might have been better suited to a place such as the United States, where abstinence-only sex education dominates public school curricula and potential presidential candidates get prudish about suggestive dance moves.

Instead, the cartoon has gotten plenty of hits from American audiences, though it would surely have its detractors were it implemented as part of U.S. sex education. And it would just as surely be better than the sex education many American students receive. (And some Canadian students, too: recently, two 13-year-old girls started a Change.org petition to improve their sex education in Toronto.)

Watching the cartoon got me reflecting on the hullaballoo over numerous sex ed proposals across the country of late -- such as the recent textbook changes (and subsequent controversy) in California. But it also got me thinking about by own sex education, which was almost entirely lacking. Still, it was better than it "should" have been, given that I grew up in Texas and went to public schools my whole life -- which means that I "should" have been indoctrinated with abstinence-only-inspired falsehoods meant to deter me from having sex ever in my life. (Or, at least, to deter me from having sex until I found a nice man to marry young, without having had sex before our wedding night, with whom I was supposed to plan to continue having sex according to his whims -- and not my own -- for the rest of my life.)

My sex education ended up being not-so-bad because my health teacher decided to flout the rules and create her own "abstinence plus" curriculum instead of going by state guidelines. "I'm not even certified to teach health," I remember her saying, "so I might as well tell y'all about condoms."

My peers across Texas and in other abstinence-only states weren't quite so lucky. Below are some of the strangest, most wacko anecdotes people offered when I asked about the craziest things they learned in their non-comprehensive sex ed classes:

"I have a vivid memory of being told that condoms are not sufficient to prevent against some disease or other and that you would need a trash bag wrapped around your whole body -- and that we should consider abstinence instead."

"In terms of middle school sex ed, we watched a movie from the '70s called 'My Mom is Having a Baby' and the animated sperm each had different facial expressions. It must not have been very effective, because in high school I distinctly remember a kid asking if wrapping his junk in Saran wrap could sub for a condom."

"The only noteworthy thing that happened in the sex ed portion of health class in my public high school was that the health teacher made the endearing but very ill-advised decision to put out an anonymous question box. Someone submitted the question 'What is penis folding?' The poor teacher vowed to do her research and get to the bottom of this. Sadly, she came up empty."

"We didn't have a whole course for it, but I remember a guy coming to our science class in the 8th grade with a ridiculous, horrendous metaphor involving corn and forks. He basically said that all of the girls have corn that all of the guys want to get to with their forks, and that it was up to the girls to protect their corn by putting it in Tupperware, putting it way back in the back of the refrigerator, and locking the door to the kitchen. If I remember correctly, he then connected each one of these metaphorical levels of security for corn to acceptable female behavior. For example, he said something like the Tupperware is your underwear, the refrigerator is wearing modest clothes, and locking the kitchen was not being flirtatious. I don't remember there being many suggestions for the behavior of the male students. I seem to remember him saying something like, 'Forks just want to get to corn, and it's up to the corn to protect itself.' They the did the STD picture slide show, and our 8th grade science teacher told us about how he waited until marriage to have sex, and how he could guarantee that if you do that, it's the best sex you'll ever have."

"A pastor handled our sex ed. Aside from the STD picture slides, he decided to use a girl from the class (and his congregation) to illustrate a point. He discussed how when you sleep with more than one person, you start ranking them and their abilities. He asked this girl to rank all of the boys she ever kissed in front of the class."

"Our middle school 'learn-about-your-periods-and-take-these-pads' talk concluded with a brief sex lecture. The gym coach held up a poster/infographic (???) that illustrated how, if you have sex with one person, you've really had sex with three people; if you have sex with three people, you've really had sex with 27 people; etc. I guess the message was, 'Don't touch your genitals together because you are by proxy touching everyone's genitals ever.' Even as a 13 year old, the math seemed kind of dicey, but it was basically the six degrees of separation of sex. By now I have probably had sex with Leonardo Dicaprio."

"In Grapevine, [Texas] we had a program called 'Aim for Success' that came in once every year or two. That was the entirety of our sex ed -- an hour-ish-long abstinence-only program with the whole grade once a year, at most. Everyone called it "Aim for Some Sex." I think I even heard teachers call it that, though maybe that was 14-year-old wishful thinking. Anyway, the point of the whole thing was that virginity is a special gift, and if you already gave it away you can rewrap it and save it again. I remember them telling us about a girl who didn't even have sex but just like was naked near a man and got an STD that was so bad she had to have most of her pelvis removed. And then we did this thing where a bunch of people get a white laminated card and then they spray something on it, and if your card turns pink that's supposed to symbolize that you have AIDS. None of this makes sense but I guess it is significant that that's what I remember."

"At my Episcopalian private military high school, we took a sex ed seminar called 'Wishing, Wanting, and Waiting.' And then our chaplain showed us the box of letters he had written to his future wife. Whom he hadn't met yet. And then encouraged us to start keeping a shoebox full of letters addressed to, 'Dear Someone/Whoever you are/Future Lover.'"

"'It's impossible t'git pregnant in a hot tub.'"