He never hit me, but I could no longer take his abuse 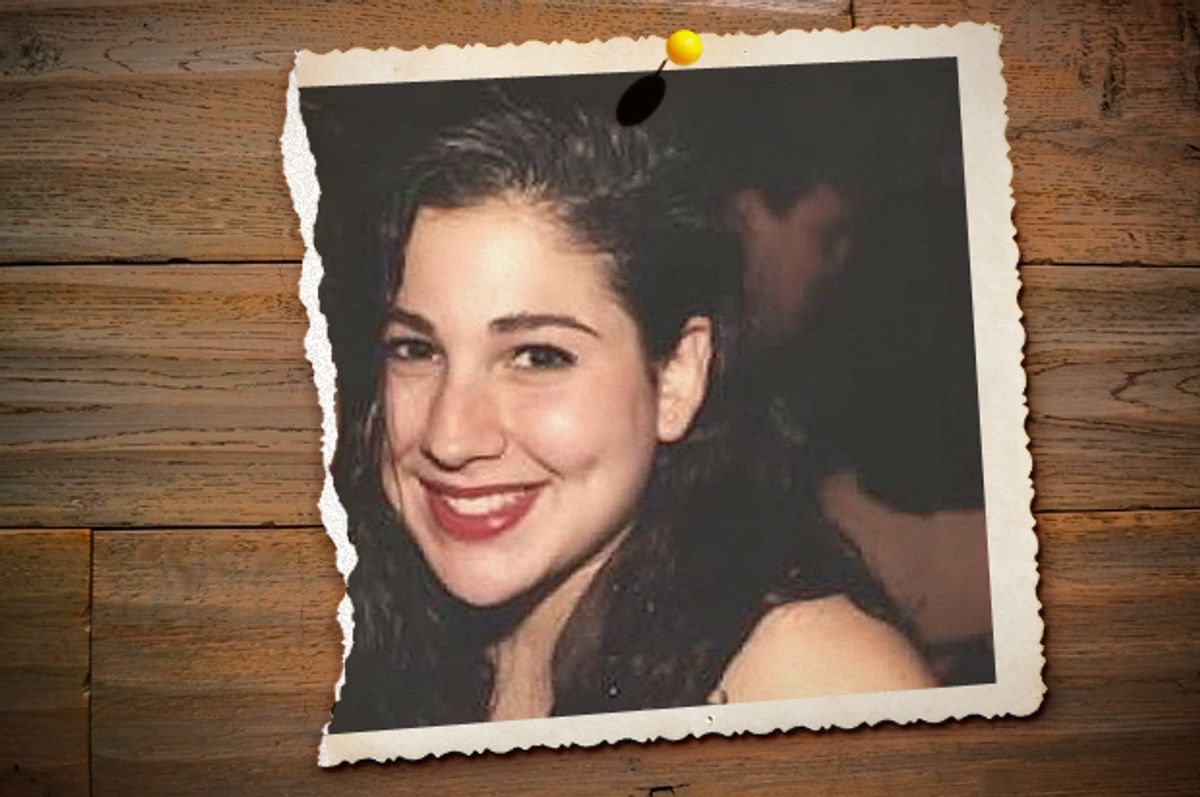 I didn’t cry when he died.  I should have cried, but I didn’t.  I felt a lot of emotions when I heard that he was gone—sadness, shock—but I never cried.

He was my college boyfriend.  I was living in an annex with five of my sorority sisters, and he lived with his fraternity brothers in an apartment across the street.  They could see into our apartment clearly, and we’d often take advantage of that fact.  Dancing around in our pajamas, turning the lights on and off, even yelling to them across the parking lot.  Before I met him, I heard about him from one of my roommates, Greer, who had declared that he liked her.  She seemed to like him, too.

But he wanted me.  He didn’t want my roommate who wanted him, the one who was skinnier and had straighter hair.  He wanted me, even though I was fresh off a semester abroad and still saying ridiculous things like: “Last call at 1 a.m.?  In Spain, they don’t even think about going out until midnight.”

He wanted me.  I think, maybe, that’s why I couldn’t see what was happening for so long.  I also think about why he picked me instead of her.  Did he know that I was a mess of insecurities, that I wasn’t nearly as strong as I pretended to be?  When I think back to that time, I think he could tell.  It was written on my face, seeping out of my pores.

Things were great at first—he’d take me out to dinner, he was my date for the (seemingly millions of) sorority events I had to attend, he was the first one to say “I love you.”  His best friend began dating my best friend.  He took me home to meet his parents, and I took him home to meet mine.  We talked about marriage even though I was only a junior in college.

I opened myself up to him.  I told him things I’d never told anyone before.  I let him see me for who I really was—a sensitive girl who was overly worried about her weight (even though I was average sized, perfectly average).  A girl who felt she wasn’t smart enough to truly belong at the Ivy League school we attended, a girl who very badly wanted a boyfriend.

It was little things.  Little things that, as I look back, amount to a very big problem, but it’s hard to see it that way when you’re in it.  Especially when you really don’t want to.

“Are you going to eat that?”

“This is your fault.”

“My ex nailed that class.  Are you really having that much trouble?”

It’s easier to dismiss a little thing as, well, a little thing, than to realize there’s actually a problem.  Especially when you are desperate to have a boyfriend, to have someone to love you.  I certainly wasn’t going to be the one to break up with him.  No matter what he said or did.

There were subtle digs, always said under his breath so that our friends didn’t hear them, coupled with threats.  They were so subtle that I couldn’t tell the intent much of the time—was I just being sensitive, as I often was, or were they actually meant to be negative?  Were they meant to hurt?  Undermine?  Often, it was hard to tell, and I was the only one who’d heard them, so I’d dismiss it as unimportant.

And the jealousy.  I couldn’t even share notes with a male classmate without engendering his rage.  If I spoke to another guy on campus, he’d scream and yell, threaten to break up with me.  Threaten to leave me.  And I didn’t want to lose my first serious boyfriend, the boy I’d lost my virginity to.  I imparted more weight to it than it should have had, gave it more power than it deserved.  I was terrified that he would break up with me, which I think he knew.  Of course he knew.

My roommates became accustomed to the fighting, the yelling.  They knew that when my loud music came on, it meant you were to pretend you didn’t hear what was going on.  And then, after he left, if the music stayed on, it meant that I didn’t want to talk about it.

He never hit me, never even lifted a hand.  And I wasn’t ever scared that he would.  I don’t think I even knew anything was wrong—that this wasn’t just like what all other normal relationships were like, ups and downs—until the night it happened in front of a friend.

It was after some sorority event, and a bunch of us went for pizza to soak up some of the alcohol.  (“Are you going to eat that?”)  I bumped into a friend of mine from campus and we chatted for a bit.  He was known for being a huge flirt and he was no different with me.  Was I flattered?  Yes.  Did I flirt back?  Probably.  He was handsome and one of the more popular guys in his fraternity.  And he was a total sweetheart, to boot.

My friends and I piled back into the car to go home, and my boyfriend began screaming at me.  He didn’t even try to hide it, like he usually did.  We sat in the backseat like that for a while, with him yelling, and me, trying to calm him down, always trying to calm him down.  I didn’t even think much of it until I caught a glimpse of Greer looking at me in the rearview mirror.  There was something in her eyes that I couldn’t register at the time, but it made me embarrassed.  Her date for the evening, our very good friend Mike, turned around and told my boyfriend, in no uncertain terms, that he was not to speak to me that way.  He then looked at me and asked me if I was OK.  I laughed.  Of course I was OK.  I was with my boyfriend.

We got back to the apartment and once in the privacy of my bedroom, the yelling began again.  Mike opened the door without knocking and again asked if I was OK.  Apparently, everyone in the living room could hear what was going on in my bedroom.  And the apartment, at the time, was filled with people—my sorority sisters, his fraternity brothers, our friends.  Greer came into my room, too, the sisterhood’s proxy, and it was then that I realized that the look in her eyes was fear.  She was scared for me.

And just like that, the spell was lifted.  Seeing my relationship through Greer’s eyes, I knew that things were all wrong.  A relationship shouldn’t be like this; I shouldn’t be like this.  I shouldn’t allow a boyfriend to scream at me, manipulate me, and make me feel less than.  I had to get out.  Get out before the screaming got louder, before the screaming turned into hitting, before I was any more invested.  So, I did.  And I never looked back.  Not even when he sent me a letter, goading me to get back in touch with him, referencing my “heavy-set” frame, and telling me that I lied when I said I loved him, because if I was able to walk away, well then, wasn’t that a lie?

I wish I could say that every other relationship I had after that time in my life was a better one, that I looked for a different type of person.  But I didn’t.  Not at first, anyway.  The change was slow—for a long time, I still gravitated to the guys who didn’t treat me well, the ones I had to make excuses for.  I needed to grow up.  I needed to learn who I truly was.

By the time I met my husband, I didn’t know what I should be looking for anymore.  And I wish I could say that I chose him, that I was smart enough to know he was a good person, that he was good for me.  But I didn’t.  I kept looking for the catch—he couldn’t possibly be what he said he was.  A nice guy.  Those didn’t exist, did they?

Doug was the sort of man my mother wanted me to marry.  He was nice to me.  He was kind, he was thoughtful, he listened to every word I said.  And he made me laugh.  There were no subtle digs.  There was no jealousy.  There was no yelling.  In less than three months, I was totally, completely in love, and in a healthy relationship.  A week after the three month mark, we got engaged.

I’m now happily married to Doug, worlds away from the person I was back in college.  Every once in a while, I’ll meet someone who went to my alma mater, and we’ll talk about mutual friends, where we lived on campus.  Inevitably, with the mention of the annex, his name comes up.  “Did you know the guys who lived across the street?”  There's always a gasp, always the look of concern.  They ask how I’m doing.  It’s difficult to answer.  I’m not sad.  I wasn’t sad.  The whole thing was surreal.  I didn’t quite know how to feel.  I still don’t really know.

I should have cried when I learned that he died.  This was a person that I shared a year of my life with, that I shared a bed with.  But I didn’t.  And when I think of him now, as a married woman with a kind and supportive husband and two wonderful children, I don’t feel sad.  I only feel pity.

Brenda Janowitz is the author of four novels. Her fifth novel, "The Last Supper," will be published by St. Martin’s Press in 2015. Her work has also appeared in the New York Post, Publisher’s Weekly, Hello Giggles, and xoJane.