The shortage is so bad shoppers are being limited to a pack apiece. Here's how things got so out of control 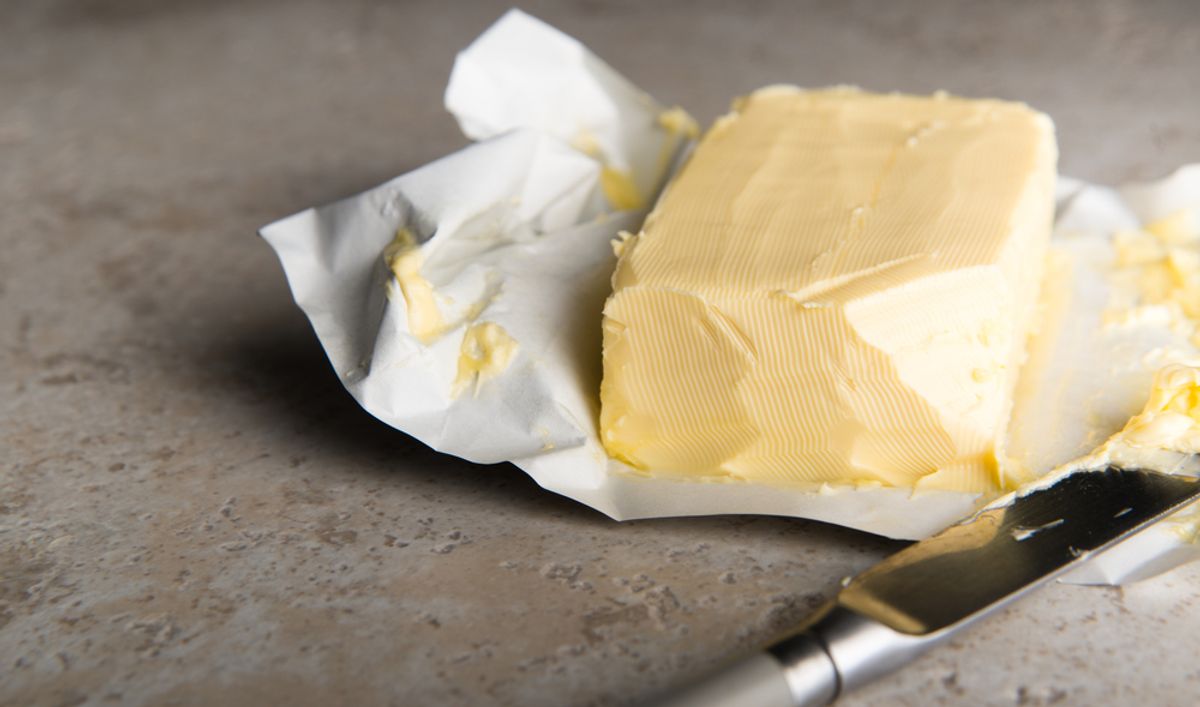 Most bakers would get their aprons in a twist at the mere thought of substituting margarine for butter.

But this was the very real dilemma facing many Japanese bakers this Christmas as a severe butter shortage in the country left them with little choice but to use inferior-tasting margarine in their traditional sponge cakes.

Seriously, this is no beat-up. Butter might not be a staple of Japanese cooking for 11 months of the year, but in December it is an essential item.

The butter crisis is so severe that some supermarkets are limiting shoppers to one pack each — hardly enough to bake the soft, fluffy sponge cakes that Japanese families love to eat over the Christmas holidays.

There are several reasons for the shortage.

For a start, some are blaming climate change. The northern island of Hokkaido, a major dairy producing region, saw a baking hot summer in 2014 that left cows too tired to meet their milk quotas.

And without milk, that means no butter.

The Japanese government has even offered farmers subsidies, but that hasn't stopped the decline of dairy farming. Official data shows there are currently around 19,000 households running dairy farms with 1.4 million cows, compared with 82,000 dairy farms and 2.11 million cows in 1985.

Those figures are likely to keep falling as ageing farmers struggle to find heirs to take over their farms, and a weaker yen drives up the cost of imported feed, deterring them from increasing production.

Farmers are also worried they could be hurt if Japan signs the Trans-Pacific Partnership free-trade pact with 12 countries including the United States, Australia and Mexico.

The Japanese government has been feeling the heat, and in early December it ordered several dairy companies to boost butter production by 30 percent at the expense of milk and cream output.

It also opened the gates to butter imports to keep kitchens stocked, bringing in 7,000 tons of butter in May and 3,000 tons in September.

But it still wasn’t enough to meet demand.

Even as bakers whipped themselves into a frenzy searching for butter on supermarkets shelves that had been stripped bare, the government made it clear that there would be no more shipments of the precious commodity.

“We consider the butter import we did in September sufficient for the fiscal year ending in March and currently do not plan any more imports” this fiscal year, MAFF milk and dairy products division deputy director Yasue Fujioka was quoted as saying.