Fox News: Where factual errors are so brazen that the British prime minister calls you a "complete idiot" 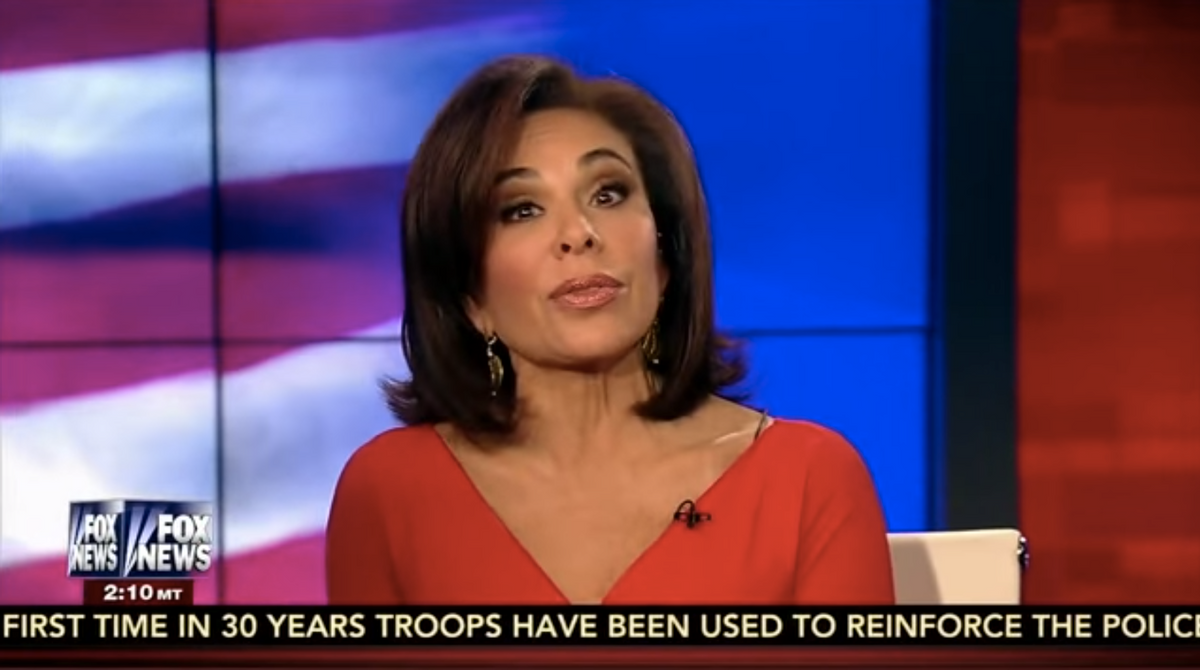 It does not seem to matter what kind of crazy thing Fox rave-fave Dr. Ben Carson says; his Faux friends will back him up. This week Carson likened American patriots to Islamic State militants in a speech at the Republican National Committee's (RNC) winter meeting. This was an odd and perplexing move to be sure, but Carson was fully committed to it. He spoke admiringly of the Islamic State fighters as people willing to die for what they believe, just like the early Americans, but with the wrong philosophy.

Our problem today, Carson continued, is that we are “busily giving away every belief and every value for the sake of political correctness."

So apparently, what the world needs now is less political correctness and more extremists willing to die for their cause.

Not everyone was entirely onboard with this bizarre comparison, and Carson's remarks subsequently met with a whole lot of criticism. But not from Team Fox. The next night, Bill O’Reilly gave Carson a chance to clarify his statement, or perhaps retract? No, no! Carson doubled down and claimed the media had taken his words "out of context."

O’Reilly jumped in. “Don't worry about the liberal media, they're never going to give you a shot.”

Imagine if President Obama had compared early American patriots to Islamic State warriors. No chance of any Fox firestorm there.

Super-rich investor Roger Ver objected to the oppression of having to pay taxes on his gazillions, and in an Ayn Randian hissy fit, renounced his U.S. citizenship. Now he lives in the tropical tax haven heaven of St. Kitts. Problem solved. Happy ending for him, right? Well no, because now he would like to come to the U.S. to attend a tech conference, presumably so he can make some more money to shelter from taxes. And those mean old U.S. authorities won’t let him in. His visa application was rejected. “So Ver took to the Twitter machineto whine about tyrants and post Darth Vader pictures,” according toWonkette.

Ver isn’t content just to skip out on his own duties as an American; he’s is trying to get other rich jerks to join him in absconding with their pirate gold. Last June, he even started a website encouraging like-minded greed balls to renounce their citizenship and join him in St. Kitts.

A true American to be sure.

3. Fox guest invents concept of Muslim 'no-go' zones, for which Fox apologizes, since all of Europe is laughing at it.

It is pretty rare for Fox News to issue any sort of correction or apology. Getting things pathetically wrong and perversely twisting facts is its brand. Well, it turns out that Rupert Murdoch does have his limit, and that limit is when the British Prime Minister calls the people your network promotes complete idiots.

On a stellar program entitled “Justice with Judge Jeanine,” on which right-wing vitriol-spewer Jeanine Pirro rants about “killing" Muslims,  among other topics, there was an on-air correction this week. So-called terrorism expert Steve Emerson had told Pirro last week about mythical Muslim “no-go zones” in Europe, places where non-Muslims can’t go and Sharia law is enforced. These areas, he claimed,  are off-limits to non-Muslims.

One such place, Emerson said, is Birmingham, England.

Prime Minister David Cameron wasted no time in reacting to this blatant falsehood, saying, “When I heard this, frankly, I choked on my porridge and I thought it must be April Fools’ Day. This guy’s clearly a complete idiot.”

Ding! That’s the sound of Murdoch’s shame threshold being reached.

Hoo boy, that whole Muslim no-go zone thing was so embarrassing, right? Pretty sure no one would dare perpetuate that hysteria-laden falsehood again.

Ha! Nope. Plenty of other Fox Newsians and right-wingers have taken up the assertion, including, “Let’s-stop-being-the-party-of-stupid” Republican presidential contender Bobby Jindal, who plans to use this mythical construct in an upcoming speech he’s giving in London. His handlers even circulated the text of the speech ahead of time. Here's an excerpt, from USA Today:

“In the West, non-similationist Muslims establish enclaves to carry out as much Sharia law as they can without regard for the laws of the democratic countries which provided them a new home,” it reads, “It is startling that any country would allow, even unofficially, for a so-called ‘no-go’ zone.”

Looks like Jindal’s Republican Party is a "no-go zone" for truth and intelligence.

5. Fox News analyst suggests putting razor wire around Muslim communities in U.S. and cataloguing people as they come out.

Hardly matters that Steve Emerson, perpetuator of the absurd claim that Birmingham, England is a Muslim "no-go zone," may not get an invitation to appear on Fox News again anytime soon (then again, maybe he will—being insanely and embarrassingly wrong is not a hindrance to a career as a Fox News guest). The network has a whole green room of people who will say those kinds of things and worse. Take Wayne Simmons, former CIA operative, who told Fox's Neil Cavuto this week that, first of all, there is no such thing as a moderate Muslim. There are, in Simmons' view, only Muslims who will kill us and Muslims who won’t.

“We are in a global war against an Islamic jihad,” Simmons foamed as Cavuto nodded. “Until they get rid of these ‘no-go zones,’ you go out and put razor wire around them, turn off the water, and catalogue them as they come out.”

Scary-ass man, who probably thought Japanese-American internment camps were a dandy idea as well. And he has carte blanche to come on Fox anytime and make these heinous, hate-mongering assertions.