A "mystery substance" is killing birds off the San Francisco coast

"I've worked 20 years in this business... and I've never seen a product like this impact animals in our clinic" 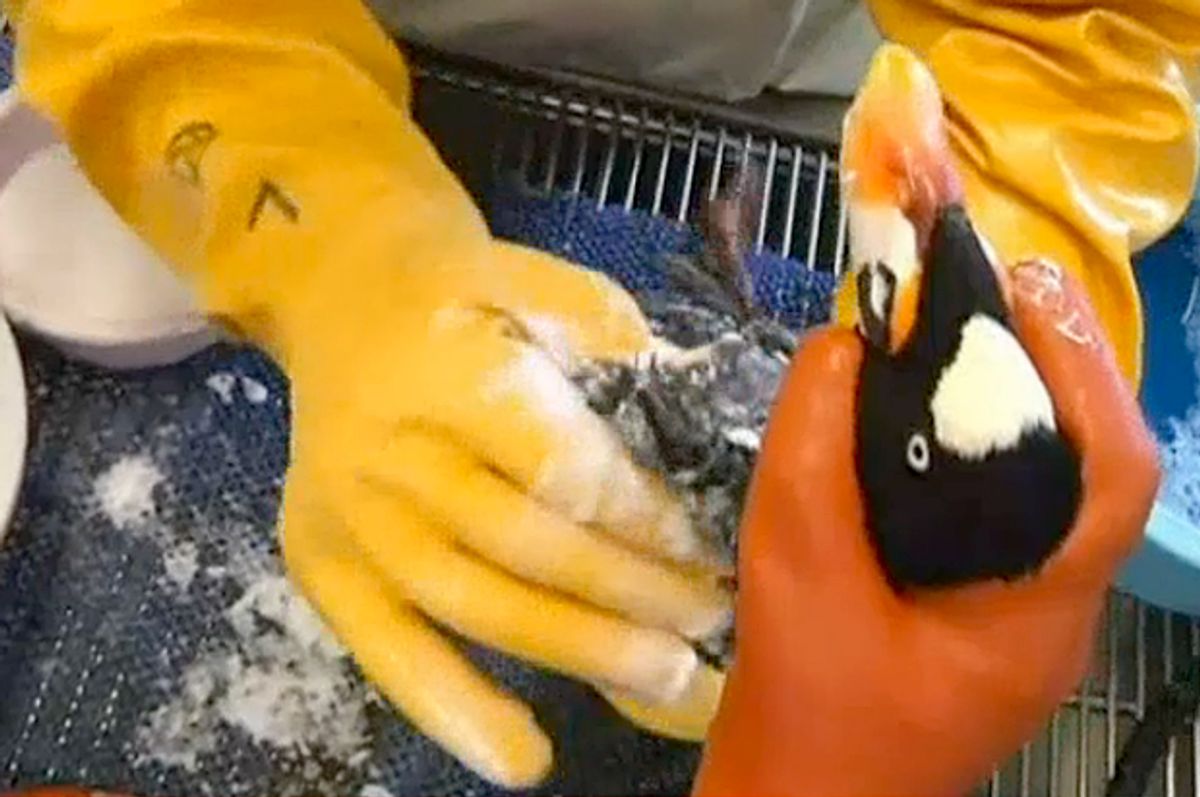 Over 300 seabirds have been contaminated with a gray, viscous substance in the San Francisco Bay -- and scientists can't figure out what it is or where it's coming from. The substance ruins the birds'ability to waterproof its feathers, meaning many birds have suffered from hypothermia. At least 80 birds, including surf scoters, buffleheads and common goldeneyes, have died.

"They are covered in this goo, and it is so weird because it really looks like rubber cement," said Barbara Callahan, the interim executive director of International Bird Rescue in an interview with SFGate. "It's kind of gray. It's hard to get off in the wash. It is sticky, but it doesn't want to come off the feathers."

The Coast Guard had also flown over the area, but didn't see any signs of a spill or other source of the gunk.

Officials suspect the substance could be a synthetic rubber or fuel additive called polyisobutylene, a sticky, odorless substance similar to what was found on the birds. Polyisobutylene has been blamed in the death of thousands of birds in four separate spills in Europe, Callahan said.

The most recent spill, from a cargo ship, killed more than 4,000 seabirds along the southwest coast of England in 2013, Callahan said. After that crisis, the International Maritime Organization -- a U.N. agency that sets safety standards for international shipping -- began prohibiting ships from dumping all forms of the substance at sea. Polyisobutylene, also known as polyisobutene, is often used as a fuel additive to keep ship engines clean. The substance is not biodegradable and, according to an online information sheet prepared by Chevron Oronite, "may cause long-term adverse affects [sic] in the aquatic environment" if spilled.

For now, the International Bird Center is seeing more and more success cleaning and resuscitating the contaminated seabirds. The lab also plans to perform necropsies on birds who have already died.

"I've worked 20 years in this business, handling oil spills all over the world, and I've never seen a product like this impact animals in our clinic," said Callahan. "We are doing everything we can as an organization. I hope our supporters recognize that we need some help."