Sorry, Fox News, but it's not Islam that has a violence problem -- it's human beings. Period 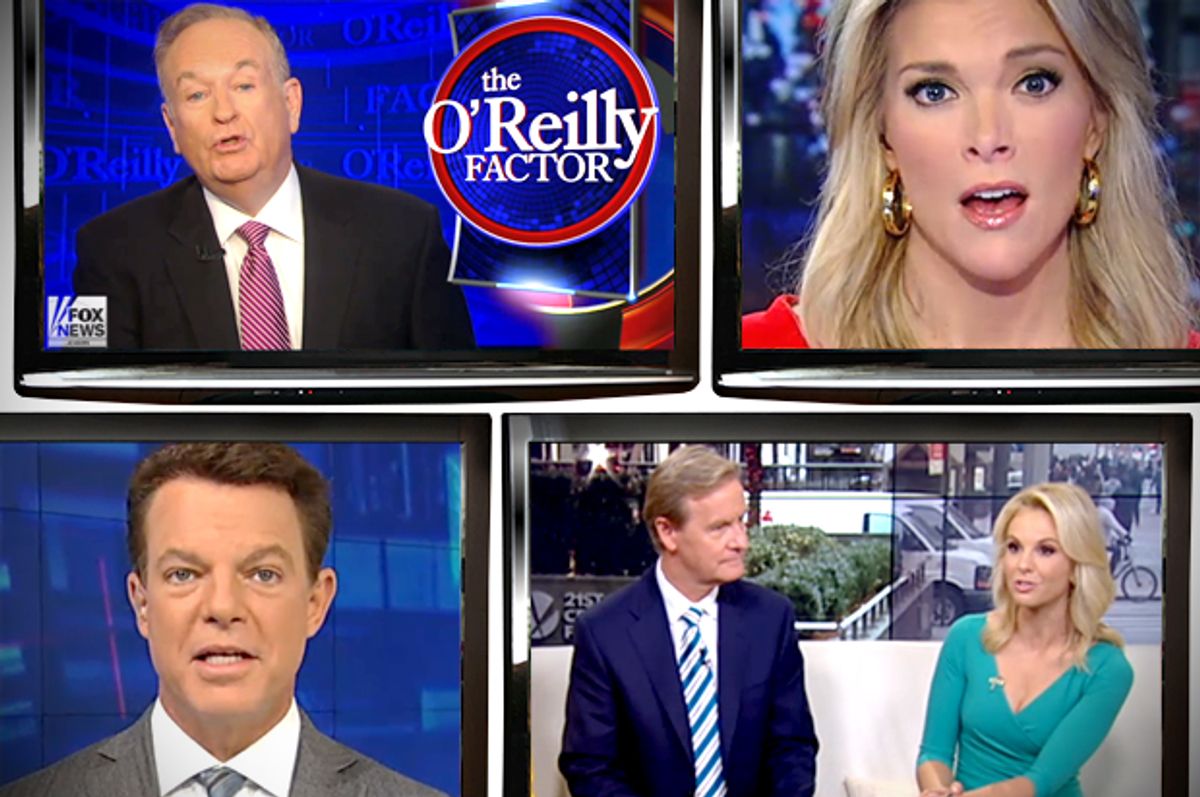 I know it's difficult, but let's set aside the bizarre (indeed, incoherent) logic behind the assertion that 1.6 billion Muslims from Indonesia to America are collectively responsible for the actions of four terrorists in Paris last week. And let’s put aside the Muslim police officer who was slain by the terrorists, or the other Muslim who saved seven Jews in the Kosher supermarket. Let’s put aside the fact that guilt-by-association (in the very broadest sense), or collective guilt, is a judicial tenet of North Korea (e.g., you go to prison if your relative commits a crime). Instead, let's discuss the popular idea that Islam has a violence problem. And by making such a claim, as many have done in recent days, the additional, implicit claim that America, Europe or "the West" somehow does not.

Human beings have a problem with violence. That's the real truth. I know we like to think we’re advanced, especially in the developed world with its wealth and technology. But we're still just as violent (sorry, Steven Pinker). The difference now is the developed world believes violence is "legitimate" only when performed by the official armies (or drones) of nation-states. The modern nation-state claims a monopoly on violence. Non-state actors, on the other hand, are illegitimate, abhorrent and barbaric. You have to follow proper channels. Within this framework, violence in the name of a deity is outrageous, but violence in the name of a flag, freedom, democracy and (let’s face it) capitalism is a sacred duty (with its own martyrs), or at the very least a pragmatic necessity in a dog-eat-dog world. And you can get medals. The close relationship between “legitimate” violence and nationalism also skews or even absolves the role that religion plays in these acts of violence.

Question: Was the disastrous 2003 U.S. invasion of Iraq a Christian war on a Muslim country? Was it Christian violence that claimed thousands of Iraqi lives and wounded or maimed many thousands more? What about the nine years of 24/7 U.S. bombing campaigns against the impoverished Buddhist country of Laos from 1964 to 1973? Did these Christian presidents, military commanders and pilots commit mass apostasy and renounce Jesus Christ during that time? Or was this Christian violence on the godless heathens of Laos? (There are innumerable other examples.) Our gut reaction is "no," because we create an imaginary partition between the multiple identities that people carry. It’s not a nuanced approach to human behavior that many in “the West” have extended to Muslims. When it comes to Muslims, everything is apparently reducible to Islam, imagined as an all-powerful, all-consuming force. And many of the same voices decrying the “violent,” “malevolent” nature of Islam (Maher aside) also adamantly claim that the United States of America is in fact a Christian nation, founded on Christianity (false), and that it’s even God’s hand in the world (MLK warned us about this). It’s an interesting correlation, is it not? So how do they manage to divorce the violent actions of Americans from Christianity? Well, similar to their economic views, they use their Christianity selectively and when it suits them (most religious people do this, including Muslims). Or even worse, they’ve convinced themselves that the faceless victims (men, women and children) of the violence they enacted, or zealously supported/paid for, all somehow “deserved it.” Do they imagine the “heathen” Native Americans who were ethnically cleansed during the “Christian” founding of America “deserved it” too?

Let me shift the discussion back to Europe, the site of the tragic attacks in Paris that claimed over a dozen innocent lives last week, albeit a fraction of the lives taken in Europe by the self-proclaimed Christian Crusader Anders Breivik in 2011. European history has shown that even modern, secular societies, which have squeezed religion into the private sphere, or even embraced atheistic ideologies (Communism), still commit all manner of bloodshed and atrocities. They just use different justifications. They do it in the name of nationalism, "race," the proletariat, revenge, economic interests, perceived slights or historical grievances, et cetera. How do we change this? That’s an important question. The really short answer is that people have to learn alternatives to violence. But, like our nearest living relatives, the Chimpanzees, violence is hard-wired in our DNA. It’s not an easy task to change that. Violence is simply intuitive to humans.

Now let’s not forget that Europe is synonymous with Christendom. Before the “Age of Discovery” in the 16th century, Christianity (save for Eastern sects like the Copts in Egypt) was largely restricted to Europe. It is the seat of the Holy See (i.e., the pope) and the birthplace of the Protestant Reformation, including its great champions Calvin and Luther. Europeans therefore serve as representatives of Christianity if anyone in the world does, right? Now imagine how Christendom (i.e., Europe) must have looked in 1946. In less than 50 years, the heart of Christendom gave our planet the two worst, bloodiest wars in all of human history. The second of those two wars featured the most infamous genocide in human history (the Holocaust), which targeted non-Christians in particular (i.e., Jews), and the dropping of not one but two nuclear bombs (the only time in history) on cities filled with Shinto and Buddhist Japanese civilians. Did all these Europeans (and Americans) temporarily suspend their Christianity memberships when all this record-setting violence took place? Or does this violence only count as a blot on Christendom if the men were crying out "Christ commands it!" as the Crusaders of Europe did for centuries, or as warring Protestants and Catholics did during the Thirty Years’ War in the 17th century? If so, perhaps Dawkins, Robertson, Maher and the entire staff of Fox News would feel better if (Allah forbid) Muslim individuals that perpetrate horrific, criminal acts of violence do so in the name of their countries instead of their deity or religious identity. Perhaps that would be easier to process. And maybe they should wear an official military uniform when they do it (unless you’re assassinating Anwar Sadat). And perhaps cry out something like "the Arab Republic of Egypt is great!" instead of "Allahu akbar." Maybe then everyone will treat Muslims as human beings who are as diverse and complex as everybody else on the planet. They’re certainly no more violent than Christians, especially those European ones.

Jeffry R. Halverson, Ph.D., is an assistant professor of religious studies (Islam) in the Department of Philosophy and Religious Studies at Coastal Carolina University (SC). He is the author of "Searching for a King: Muslim Nonviolence and the Future of Islam" (Potomac, 2012) and most recently "The Mural: A Novel" (Grand Strand Press, 2014).

Jeffry R. Halverson, Ph.D., is an Assistant Professor of Religious Studies at Coastal Carolina University (SC) and the author of three non-fiction books, including Searching for a King: Muslim Nonviolence and the Future of Islam, and a self-published humanist novel, The Mural.