Why does he keep talking? 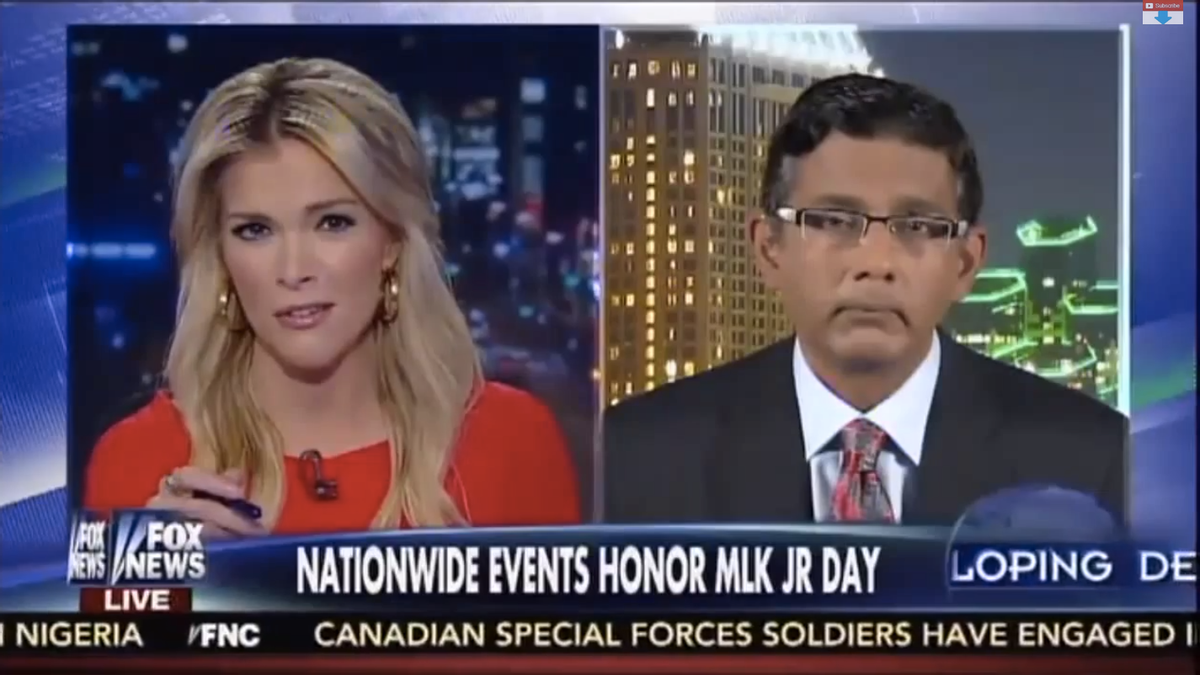 Why does convicted felon Dinesh D'Souza keep talking? In the past two days, he has publicly compared himself to Martin Luther King, Jr., and questioned the blackness of President Barack Obama--an impressive feat, no matter how despicable.

So, he is actually delusional -- we knew that already. But then he followed up those remarks by appearing on Fox News to discuss race in America and saw it fit to say that Obama "hasn't actually had the African American experience" because he isn't "descended from slaves on either side of his family."

"What do you mean, he hasn't had the African American experience?" asked host Megyn Kelly. "He has black skin and he grew up in America as a black man."

D'Souza said that maybe Obama didn't really grow up in the U.S. because he traveled a lot.

"Oh, come on, Dinesh!" Kelly said. "That does not deprive him of his experience as a black man."