Drinking at sororities: Probably not the best way to fix the campus rape crisis

Alcohol on women's turf has been proposed as a way to curb sexual assault. But are frats the root of the problem? 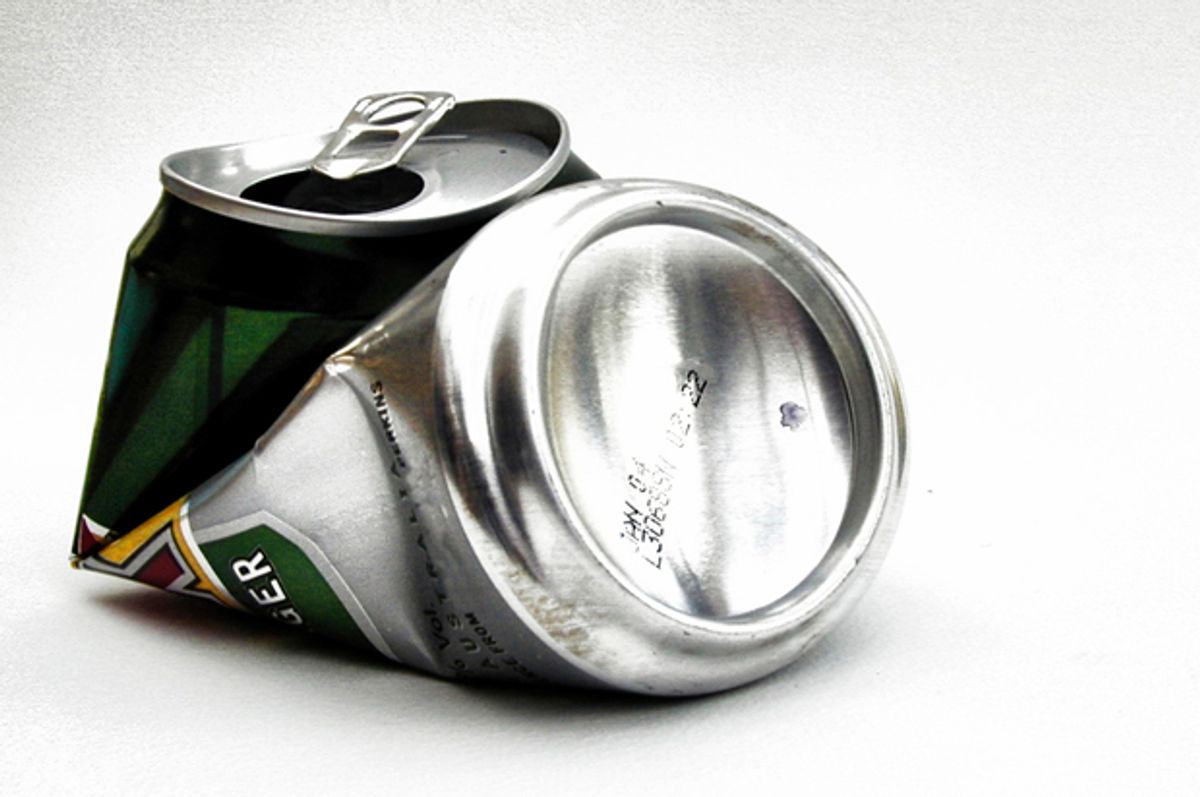 I went to a university with a massive Greek presence. I never rushed and would not consider myself intimately acquainted with my school's Panhellenic organizations, but I'd be lying if I said I never familiarized myself with Greek life at all. I went to my share of frat parties, drank the free booze and wasn't always wary of the punch. And I spent a fair amount of time at sorority houses, where friends from class would invite me to study in their tranquil, always impeccably decorated living spaces.

The women's Greek houses were always spotless and saintly; they never reeked of beer or pot or piss or vomit. They felt safe, and acted as a counterpoint to the ghastly image of a frat house post-party. They seemed like places where bad things don't happen -- where women don't get drugged, raped or otherwise injured.

That is, partly, because most sororities don't play host to debauchery, or to the alcohol-friendly parties where students are often vulnerable to high rates of sexual assault. The majority of women's Greek organizations across the country maintain a ban on at-home boozing, for reasons both practical (insurance costs) and normative (these serene sisterhoods aren't brothels, after all). But that could be set to change -- all in the name of attempting to reduce the rate of sexual assaults on college campuses.

According to the New York Times, several campuses are considering the implications of moving the center of the Greek party scene from frat houses to sororities, which some say could offer women something of a "home turf advantage" in avoiding rape:

Several female students said fraternities often served alcohol to people who were already drunk, had layouts and exits known to the male hosts but not to the female guests, and often valued raucousness over responsibility. Parties hosted by sororities, many suspect, would probably be more tempered.

“I’ve been to parties run by girls, and they’re much more protective — they keep an eye on each other,” said Amber McLeod, a George Washington junior. “At frat parties, it’s more of a hunting ground. Not all guys are like this, of course, but sometimes it feels like the lions standing in the background and looking at the deer. And then they go in for the kill.”

Added Fielding Williams, a member of the Delta Chi fraternity at Cornell: “It would change the party power. It would be interesting to see how the date rape and so-called rape culture would change when you put the alcohol in their space, and they can go upstairs and lock the door and not have to wonder how to get out.”

Some experts, however, doubt the change would make a dent in the rate of sexual assault, as it simply fails to address the problems at the root of the campus rape crisis: binge-drinking and lack of education (about healthy alcohol consumption and sexual consent). But what also goes unaddressed are the perceptions of rape culture as a "so-called rape culture," as the Cornell student described to the Times. The problematic attitude toward partying and sexual assault that persists on many campuses is embodied in Williams' words -- specifically, in the failure to question why any woman should ever have to "wonder how to get out" of somewhere she doesn't want to be.

So long as attitudes such as Williams' remain, it's unlikely that shifting a perilous party culture from one house to another will do much to increase women's safety. But there's also the question of how much sororities really will do to protect their own. While anecdotal evidence might indicate that the organizations will go further to protect the interests of individual members, sororities are businesses -- just like fraternities, institutions that have been repeatedly charged with protecting their own best interests when accidents happen.

The institutional comparison aside, though, there are other indications that (at least some) sororities might not do better to stand with women than their dudebro counterparts -- particularly in the form of "batshit crazy" emails reflecting institutional priorities. Take, for example, an email published by Jezebel last week, in which a sorority recruitment officer instructs members on what matters most when it comes to attracting new sisters:

You need to have foundation, concealer, something pinky/neutral for the lips (stain, gloss, etc), BLOT POWDER/OIL BLOTTERS, eyeliner (BLACK or BROWN only), mascara, neutral eyeshadows, bronzer, and (optional but recommended) blush. If you are not wearing the required makeup, I will stop you and apply it myself. I don't care if you're late for class. I don't care if you're a sophomore or a super senior. I will stop you. If you don't know how to apply all this makeup, check out my Pinterest board. I picked out all the videos and products with you guys in mind!

The email demands conformity and fixates on the organization's image; it is not the only one of its kind. It also isn't necessarily a reflection of how all sororities conduct themselves, or how they would respond to an instance of sexual assault on their own turf. Surely some sororities do stand with their members when atrocious violations occur, and surely some sororities would continue to stand in solidarity should an assault happen in their own backyards.

But why provide a different venue for the same behavior we already know to be dangerous? Why put different organizations at risk? We see what needs to be changed already -- and it's not just the houses where dudebros attempt to "lure" their "rapebait." It's the attempting to "lure" "rapebait." Until the fundamental issues underlying campus rape culture -- namely accountability and consent -- are addressed, the venue will not make a difference.