"Girls" nails the Iowa Writers' Workshop: Why my MFA experience was exactly like Hannah Horvath's

As a recent MFA grad, I was surprised to see just how accurate Lena Dunham's portrayal of Iowa turned out to be 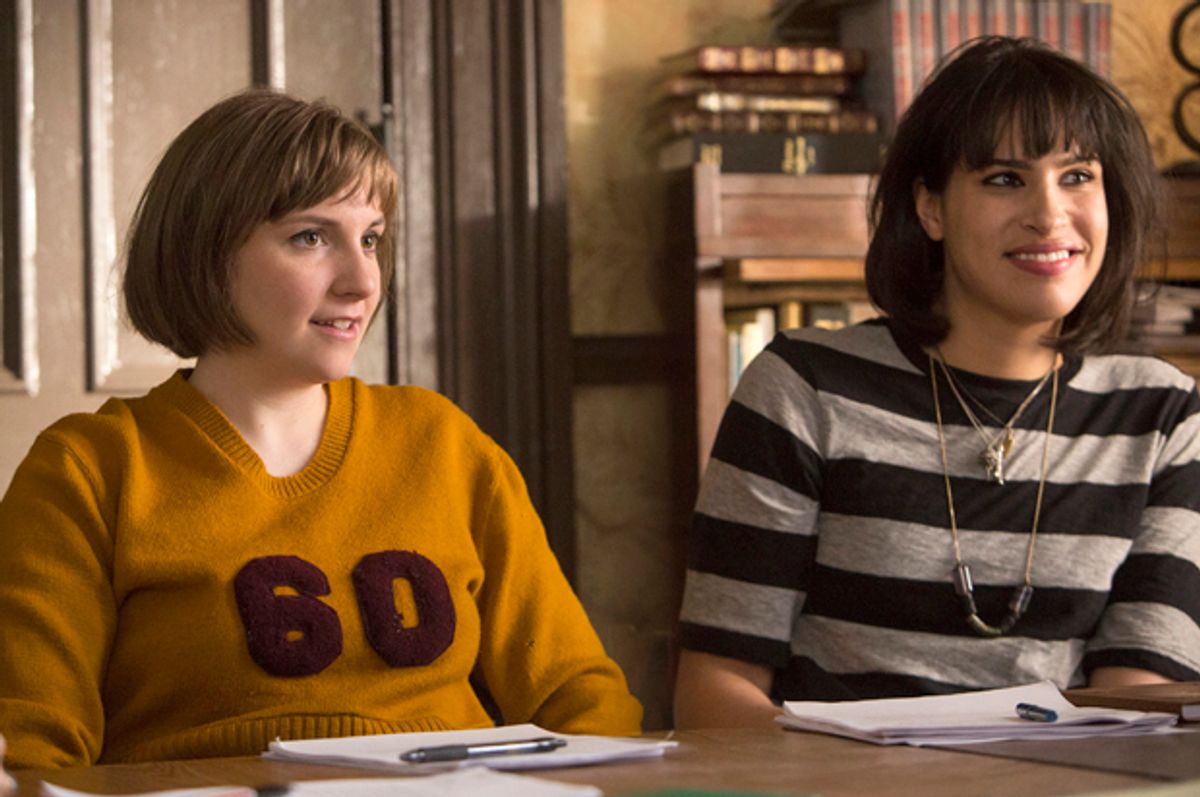 In the latest episode of “Girls,” Hannah attends the Iowa Writers’ Workshop, has her first critique, chats over some post-workshop beers at the fiction writers’ dive bar the Foxhead, and deals with a loose bat in her apartment, a stolen bike and spotty Wi-Fi.

I graduated from the Workshop in 2011, and lived in Iowa until 2014. My apartment was on College Ave—a common route for undergrads returning home from the bars. Many nights they flooded the street, screaming and hollering, until 4 a.m.—and whenever I slept with my window open, my nightmares took on scenes of the apocalypse. One night, I actually caught an undergrad breaking into my second story window. (My living room window overlooked the porch’s roof, which was accessible through the communal hall window.) At that moment, I could’ve used Hannah’s self-defense keychain that she bought illegally. Instead, I called the cops.

My Iowa was a great one. I’m very thankful for my time there, for the people I met, and for all that I learned from the incredible faculty and my peers. My debut story collection, "Congratulations on Your Martyrdom!," forthcoming from Indiana University Press in 2016, is largely made up of work I did there. Iowa gave me time to write and grow, both in the classroom and outside it amid the tornado sirens and -28 wind chill. This is where “Girls” really nailed what I remember about Iowa: the constant balance of fiction and the fiction-fuel of experience.

After workshop, we all gathered at the Foxhead for $3 Maker’s, shot pool, blared T-Rex from the jukebox that never changed over my four years; and after the Foxhead, the best burger only a block away at the poet’s bar, George’s. I remember helping friends catch bats in their apartments, retrieving stolen bikes, wandering my own apartment with my laptop until the Wi-Fi kicked in, sometimes writing atop the toilet tank or a windowsill—wherever the signal was strongest at that particular moment in the day. I remember renting a dilapidated stone cottage with a kitchen basement that flooded whenever it rained, and when you flicked the lights on the walls seemed to instantly flex—the result of thousands of receding silverfish.

Hannah’s house reminded me of Bernie’s house. Bernie was a townie, a coffee enthusiast. Actually, he was a coffee maestro. He had a small trailer he’d set up behind the Vine (the bar mentioned in Denis Johnson’s "Jesus’ Son") and conduct symphonic brews. But, some days, Bernie would screw a red bulb into his house’s porch light. Whenever the red light was on, you could walk into his house unannounced and he’d brew you a free cup. He roasted his own beans—beans he hand-selected on trips to Mexico—in an old popcorn machine. I often stopped by for a cup with my friend Rob. Bernie prepared cup after cup, talking about the chemistry of the bean and brew, his love. He talked about leaving Iowa for Mexico for good—finding a woman, opening his own coffee shop. Throughout the visits, more strangers stopped in, and Bernie would brew them an Americano as he dictated his plans. Some folks joined the conversation, others brought their own organic yogurt and never said a word while they ate and drank before abruptly leaving. There was a single floral teacup in the middle of the kitchen table where you could leave courtesy cash. But the only cost was good company, and Bernie never expected more.

I remember shooting clay pigeons off an abandoned bridge outside Iowa City over a river that froze and trapped catfish half-surfaced until the late spring thaw. I remember sitting on the hardwood floor of a small house where a friend of a friend performed a cello concerto—listening to the way the cello haunted the humid August air, the furniture and books muting the walls from returning the empty ring you often hear in houses not yet homes—those of graduate students who’ve migrated a great distance to pursue something seemingly impossible.

What Iowa was for me is what I expect it will be for Hannah: a collection of people and experiences that will deeply--perhaps surprisingly--inform who she becomes and how she writes. And I do hope she plays in the softball game. Go Team Fiction.

Bernie ended up making it to Mexico. He sold his coffee trailer, and sometimes when I drove by the Vine I half-expected him to be there, conducting. Before I left Iowa, I saw him on my last night at the Foxhead. He wore a large turtleneck sweater and a beard with that kind of growth that men get when they’ve had their hearts broken. He was back and my apartment was boxed up and the walls were ringing. I should’ve gone up to him. I wonder if he’d have remembered me from almost two years prior. What I regret is not asking him about that beard over coffee, coffee I would’ve gladly made for him for once before I, too, was gone for good.