I'm tired of suppressing myself to get along with white people

I pocket my black rage, and swap "hey girl" for hello. But in making others comfortable, I'm making myself sick 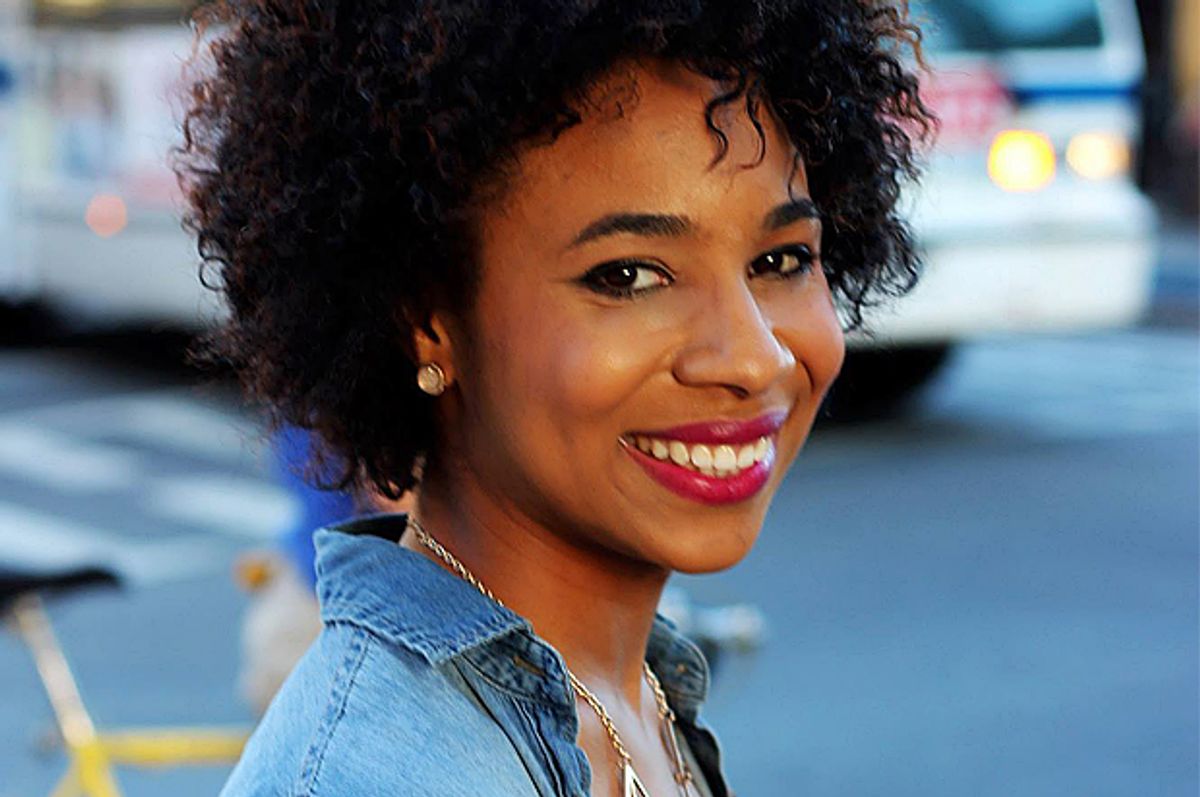 I met my new roommates on Craigslist. Two white, one Chinese. Together we represented Portland, Florida, China and (with me) D.C., and as we moved into our apartment in Bed-Stuy last fall, I was excited for the potential of cross-cultural exchange.

We had a get-to-know you powwow on the rooftop. We talked about ourselves, what brought us to New York. It was a warm evening in September, a couple of weeks after Michael Brown was shot, and somewhere in the mix I brought up Ferguson, hoping to spark a “conscious conversation.” Then it happened. The nightmarish response.

“What’s happening in Ferguson?” one of my white roommates asked. “I heard some kid got shot or something like that.”

The words clamored in my ears. How could he not know? Weren’t his Twitter, Instagram and Facebook feeds flooded with opinions and hashtags? I’m sure he meant nothing by his statement. We’re all ill-informed from time to time. But as I stood there, awkwardly not saying a word — while hundreds of words ran through my head — it was a reminder of how much I would have to suppress in order to get along with my white male roommates in our tiny four-bedroom apartment. This place I would call my home for a year.

It hasn’t always been like this for me. I’m a girl with a fro, raised in the place once known as “Chocolate City.” I grew up part of a black nuclear family, was home-schooled, then became part of of the mini-Historic Black College Experience at Temple University. After arriving in New York, I became an intern at Essence, a magazine so safe I likened my boss to an aunt. Those settings were as comfortable as my grandma’s cooking on any given Sunday.

I longed to crawl back to my tiny black universe. A place where I could create a sense of peace, identity and acceptance, a place where I could sit there, trying to untangle my fro and make sense of what it means to be an African-American woman in this country, rehashing our history while facing present pain. But life happens, and most of us can’t stay in our own utopias forever.

Now I faced a new reality. The brief conversation on the roof that hot September night lasted much longer in my head. I sent myself into a 200-year-old tizzy, reckoning with outdated ideas on race, tampering with prejudice and stereotypes. I became enslaved by my emotions.

I started to worry about all the other things I might have to explain: My hair, the food I eat, why I like Miles Davis, Nina Simone and Marvin Gaye. Maybe I should have considered it a teaching opportunity. But I wasn’t feeling generous. I was all twisted up inside, ablaze over racial dynamics and anxious what other minefields my roommate might stumble upon. I hoped he wouldn’t say something really ignorant, causing me to just snap and go off on an angry rant. Then I’d have to make my living situation salvageable by pocketing my black rage, putting on my best smile and telling him, it’s all love.

I wanted my home to be a refuge, a place where I could be wretched when I wanted, walk around in my bonnet, fry chicken and sing real loud to Aretha Franklin’s R-E-S-P-E-C-T. Suppressing my blackness every day is exhausting. Back at Essence, we used “sister girl language,” but since then, I’d faced tougher environments. I briefly worked at a (now-defunct) women’s fashion website, where I was one of the only black people. I would pitch ideas that mattered to me, like how to do natural hair, only to see them ignored, shuffled to the side or diluted like apple juice in order to be made palatable to mainstream “whiteness.”

I was tired of catering to everyone else’s comforts. How much of my day-to-day experiences as a black woman do I have to filter? I replace “hey girl” with boring hellos. I eat my leftover fried chicken outside the office. In order to have some common point of identifiable communication, I pretend to care about Taylor Swift, or white movie stars on their I’ve-lost-count remarriages and those other white pop stars I could not care less about. “Oh yeah, she’s cute,” I tell them. “Yeah, that’s cool.”

As summer turned to fall and then winter, I continued to be dumbfounded at the way, for some white people, the killing of Michael Brown just didn’t resonate. They didn’t feel the need to pay attention. I guess some white people do act “real vanilla” and only understand the realities of their own universe. Like running around drunk in Santa costumes in the name of SantaCon while “The Millions March NYC” launches in response to the non-indictment verdicts. That’s real.

In December, when the Eric Garner verdict came out, I became loaded down with more emotional baggage than I could conceal. I couldn’t take it anymore. I didn’t care if I wasn’t mixing with others. I found my little black planet at work. I went over to my black boss and talked real low and real brief about how disturbing this all was. I grabbed one of my home girls I work with. We took to the streets to protest right outside my job. I hoped no one would see me and think something misguided.

Walking home that night, I unleashed all my tears. I wanted to reach out and hug a black man. Before I arrived at my apartment, I dried off my face as though nothing happened. My white male roommate asked me about the protest; I gave him a non-detailed response. I said something like, “I’m really upset, but it was a good way for me to get those feelings out.” I couldn’t handle revealing too much; I wanted to avoid a loaded conversation. I took a deep breath and exhaled, closed my bedroom door, picked up the phone, and spoke in whispers about how racist these non-indictments were to my parents, and to my socially conscious white and black friends.

These non-indictments reiterated what I'm up against every single day: the unintentional ignorance of white people. But I was also aware of my willingness to put away my justified “black rage” in order to ensure that my interactions with white people remain comfortable. And the more I hid it, the more crazed I became. By the time my birthday rolled around, in December, I was cooped up in my bed, without an appetite, my fro needing a good deep conditioner. I was making myself sick.

I know this needs to change. I understand that for my own growth, and in order to forge honest relationships with white people I meet — whether it’s my roommates, or my co-workers, or anyone else — I need to reveal myself more. I need to start sharing about my history and my culture and how it plays out in my everyday life as an African American woman.  I don’t want this rage to fester into bitterness, or infect the very close white friendships I already have. I don’t want to ignore my rage, but I don’t want to be controlled by it either. Concealing my emotions has made me feel like a ticking time bomb just waiting to go off.

Things are calm right now at the apartment. I don’t bring up these sorts of conversations. I don’t talk about what happens every 28 hours -- a black person is killed. My white male roommate and I, we just don’t go there. It makes things easier. Instead, our conversations shuffle between our day-to-day experiences at work, dating and the nuances of the city. I keep those “forbidden” conversations behind closed doors, and even when I’m alone I speak in code. I don’t say “white.” I use “they” instead.

But I want to stop tiptoeing around race. My blackness is not a secret I have to keep. I want to be able to publicly express my honest admiration for being black, outside of my little black planet. I don’t want to feel marginalized, like I can’t speak hard truths about myself. Having honest and challenging conversations with people of another race will hopefully disrupt other people’s ignorance. But it will also help me. I need to stop with my mental temper tantrums. I want to get free.