Job-hunting while hungry: Why a clueless new political decision will ruin lives

More than a million Americans are about to lose food assistance -- thanks to some ignorant politicians. Here's why 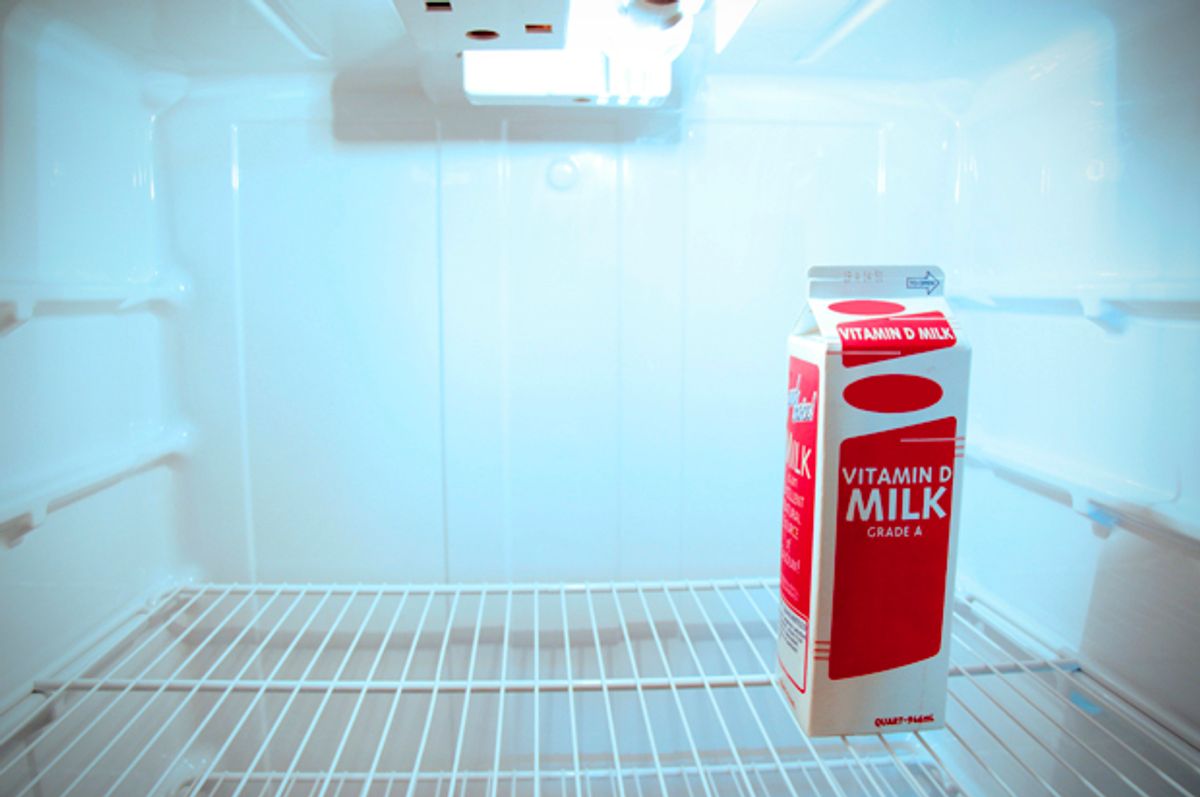 It’s really hard to find a job when you don’t have a high school degree, suffer from undiagnosed mental illness, or have few marketable skills to advance any type of career. It’s even harder when you have to do it hungry. Returning to school takes money, as does any sort of job training or apprenticeship, so when states repeal the food stamp waivers this year, giving childless adults only three months on the program before they have to find a job, many of the nation’s poorest will find themselves out of luck -- and out of food.

Indeed, a new in-depth report from the Center on Budget and Policy Priorities estimates that more than a million people will be left without benefits under the SNAP policy reversal. The Center states that these people are the nation’s poorest and most vulnerable, living a full 19 percent below the poverty line, often pulling in less than $2,500 a year.

On the surface, it makes sense to pull the extension waivers, which were put in place after the Great Recession when unemployment was high. With that rate steadily dropping, however, the number of SNAP applicants has been dropping as well, naturally. As people are able to find work, they are able to get off public assistance. The time limit on the benefits is meant to encourage people to get jobs, to deter them from perhaps attempting to live off the government.

But the population culled by these restrictions are already receiving the least amount of government help, as they have no dependents or disabilities and thus are not eligible to receive much else in the form of assistance. And the $150 a month SNAP provides these individuals is hardly enough incentive to tempt someone to try to live off it. What that $150 a month does instead is feed the people who have very little in the way of job prospects and hardly any capability to improve those prospects.

Instead of motivating more people to get jobs for fear of losing their food, this waiver repeal will put more strain on the already at-the-limit charities, nonprofit agencies, churches and food banks. And without reliable food coming in, those who would otherwise be at the library looking for jobs or participating in charity programs designed to help them find work will instead be forced to look for their next meal, essentially delaying if not entirely debilitating their attempts to become productive members of society.

According to the CBPP, the population this affects is as diverse as it is in need of help. Forty percent of them are women, half are white, a third black and a tenth Latino. They live everywhere from rural farm communities to urban cityscapes. More than half of them lack the education to find more than paltry part-time work, and lack the money to try to improve that education.

While people can stay on this assistance if they find part-time work or 20-hour-a-week job training, only five states have funded programs to assist the impoverished in achieving this goal. For the rest, they’re on their own, and not having the resources, time, transportation or technology to find work or training means we’ll simply have more people on the street with nothing.

Dropping the waivers will also have an effect on the states, many of which are currently unprepared to monitor applicants each month to ensure they still meet the SNAP requirements. More money will have to be fed into the systems, not to feed the people they used to help, but instead to kick them off the program.

If these restrictions on the program were amended to include active job search as one of the ways the impoverished could continue to receive subsidies to eat, it would cost very little to the states because it’s one of the easiest things to monitor officially, according to the CBPP. It would also provide the correct incentive for those having trouble finding work to keep at it, as opposed to feeling so worthless (and hungry) that they just give up. States could also implement funded programs to employ this population or to help them further their education. There are federal monies available for these types of programs already. States participating in new Employment and Training programs will see an increase in budget from $79 million for such opportunities to $90 million.

It’s in our country’s best interest to provide for our most impoverished citizens. If having them be productive members in this society is the goal, it is our duty to help them reach that goal. We have the social structure in place to easily do so. With a few tweaks, we could be training people for valuable work that needs to be done in this country and getting them off assistance naturally and with high self-esteem and efficacy. Instead of booting people out of programs they so desperately need, we could just as easily help them walk out of those programs on their own two feet, never to have to return.