Larry Wilmore starts with a bang: Why his Comedy Central debut was so impressive 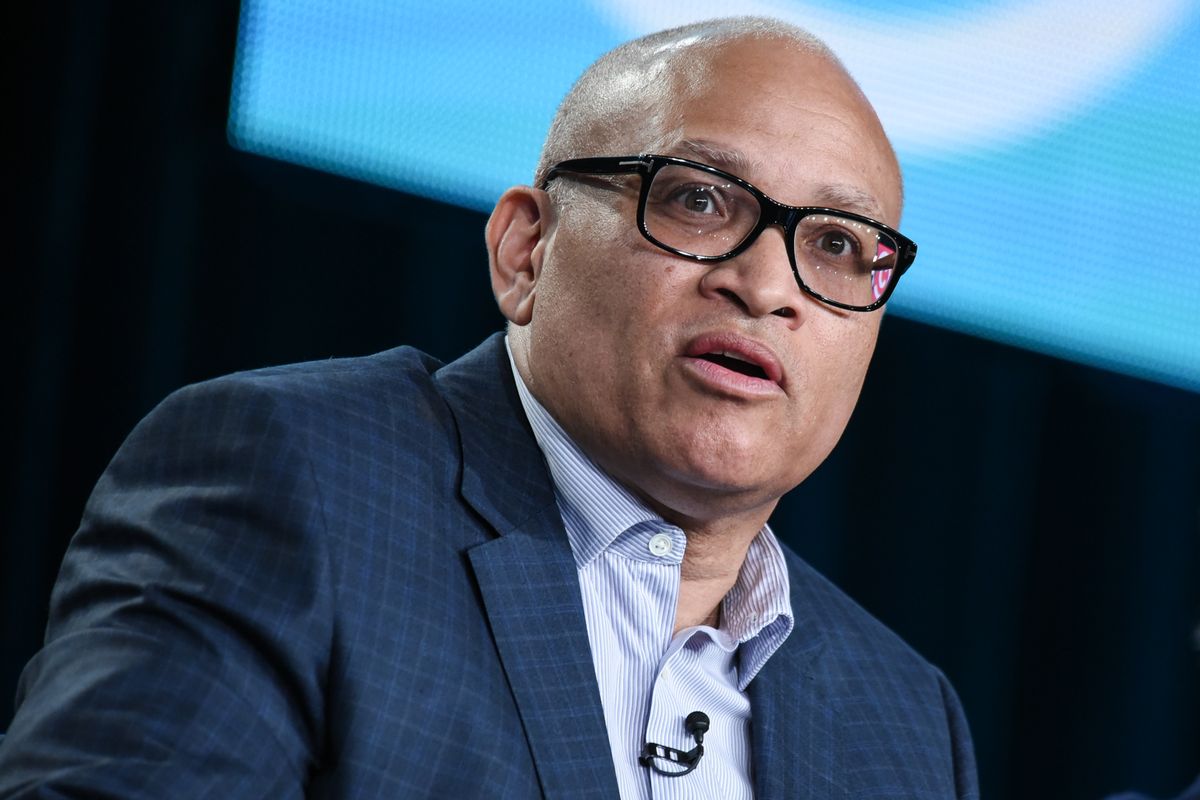 Larry Wilmore is not playing around.

The first episode of his political humor late-night talk show, “The Nightly Show With Larry Wilmore,” was a bit uneven, as first episodes tend to be. The show’s current structure is a monologue followed by a panel—a format that evokes British news shows and Bill Maher more than it evokes Wilmore’s former coworkers Jon Stewart and Stephen Colbert.

But if the writers are still working on ironing out the kinks of the show’s structure, one thing is perfectly clear: Wilmore is not pulling punches. The comedian made it clear right from the cold open that he was “Comedy Central’s worst nightmare”: “A brother finally gets a show on late-night TV! But of course, you gotta work on Martin Luther King Day.”

Wilmore’s style is such that he almost doesn’t seem like he’s delivering jokes: Where Stewart goes for loud and Colbert goes for mannered, Wilmore is soft-spoken and casual. It’s at odds with his material, which is swinging big. Wilmore brings race to the center of the conversation again and again—reviewing news items from the day in his opening monologue, which last night included “Selma” being shut out at the Oscars and Florida cops using pictures of black men for target practice. It’s not inherently funny material—and because issues of race are understandably so sensitive, it’s hard to discuss these topics at all, let alone joke about them.

Wilmore is, in short, attempting the nearly impossible, in making America’s race relations the subject of his comedy. And not just attempting it, but actually kind of achieving it. He ribs both the white people who are inconvenienced by protests and the protestors themselves, saying of the action at Grand Central Station, “No better way to win the hearts and minds of white people then making them miss their train to Connecticut.”

The first act, before the first commercial break, was in my view the strongest segment of the show—a head-on monologue, with Wilmore seated behind a desk, that echoed the successes of Stewart and Colbert in the same format. Wilmore’s deadpan worked a little less well in the second act—a panel discussion headed up by him, featuring Senator Cory Booker, hip-hop artist Talib Kweli, comedian Bill Burr, and Indian actress/writer Shenaz Treasury. Burr was the obvious standout—as the token white guy at the table, he was able to create some comedy from the point-of-view of a guy who doesn’t have the same problems as the others. Wilmore jokingly asked him to “speak for all white people,” and Burr made a crack about his own “Aryan haircut.”

It’s a good thing Burr was there, because the rest of the panel was pretty awkward—not worryingly so, yet, but certainly not very funny, either. What’s exciting about the panel is that it can be a place for difference voices to bounce off of each other both for laughs and for some actual interesting truths; Burr, for example, introduced the idea that only wrongdoing really creates change in the world (on Martin Luther King Day!), which unsurprisingly spurred some mixed reactions.

But the panel is a tricky dynamic, too—the panelists have to have some chemistry, and they have to be willing to cover comparable ground. There wasn’t a ton of that in last night’s panel. Kweli was comparatively quiet—a bit stiff, even, but that could mellow out in time. (He did not answer questions in freestyle, as Wilmore encouraged him to do.) Treasury was the panel’s ringer—she’s a contributor to “The Nightly Show,” so it seems likely that she was there to bring up convenient talking points from the writers’ room. It helps, naturally, that she’s young and female.
And Booker came into the panel with his own talking points—because he’s a politician with an agenda of his own. His canned statistics and anecdotes made a marked contrast to Burr’s sly humor and Kweli’s matter-of-fact opinions. And though it didn’t totally gel in last night’s panel, it was sort of riveting, because it felt like something could happen—a real conversation between very different people with very different agendas.

In the last few minutes with the panel, Wilmore played a game called “Keep It 100,” a riff on the phrase “keeping it real.” Each panelist is asked a tough question, and if they keep it sufficiently “100,” they get a badge; otherwise, they get weak tea. It was both the most anticlimactic and most brilliant part of the evening—a moment where you could see how the idea was really good, even if the execution was a little flawed. Burr, who is married to a black woman, was asked: If he could choose the race of his child, what would he choose? Kweli was asked if hip-hop music contributed to negative images about black people. Treasury was asked if she would choose to walk on the same side of the street as a white man or a black man. And then Wilmore asked Booker if he wanted to be president.

Everyone kept it 100 last night except, obviously, for Booker. The senator immediately said “no,” because he can’t announce his presidential aspirations publicly without creating a lot of controversy. The audience wasn’t having it. Wilmore first handed and then threw a tea bag at Booker, who was trying to find a politically correct way of not answering the question. And then the episode ended with a Keep It 100 question for Wilmore: When was the last time he had a racist thought? (Wilmore’s answer: Yesterday.)

“The Nightly Show With Larry Wilmore” isn’t perfect, and it might not find its stride for a few weeks yet. But with this first episode, Wilmore and his team are demonstrating that they are not afraid of asking hard questions, whether those questions are about police brutality, representation in film, biracial identity, or how and when women feel safe in public. It takes a lot of skill to boil a complicated issue down to a single question; it takes even more to make that question funny. It’s so exciting that Wilmore wants to ask these questions. It is going to be even more exciting seeing his panelists attempt to answer them.