Miss Lebanon was not happy with Miss Israel's photobombing tactics 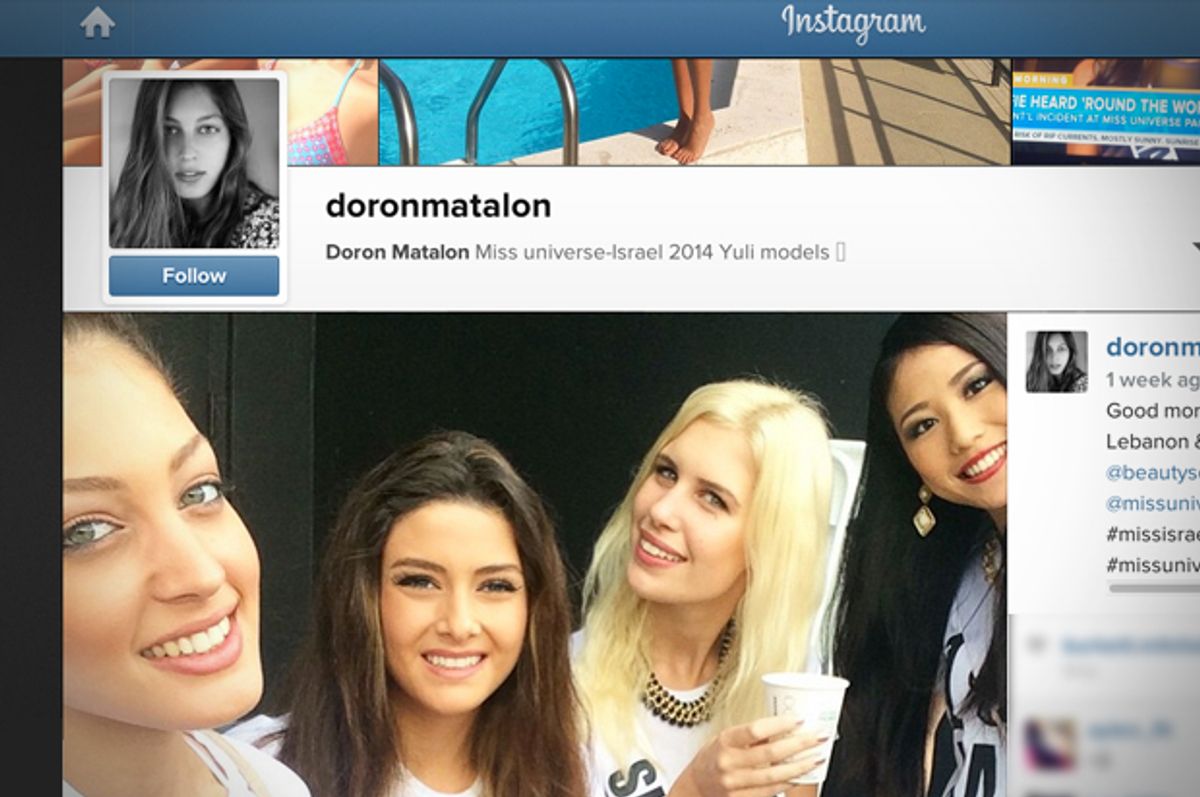 After achieving the rare feat of making it through the talent portion without incident, a new controversy has emerged from the thorny geopolitical quagmire that is the Miss Universe pageant, after Miss Israel Doron Matalan Instagrammed a controversial selfie which featured her sitting next to Miss Lebanon Saly Greige, as well as Miss Slovenia and Miss Japan.

After Lebanese media criticized the selfie, Miss Lebanon responded by posting the exact same picture with Miss Israel cropped out, along with the following statement:

"To all my supporters and Lebanese citizens, I would like to thank you indeed for your continuous support of Miss Lebanon at the Miss Universe contest… The truth behind the photo, since the first day of my arrival to participate to Miss universe,I was very cautious to avoid being in any photo or communication with Miss isreal, who tried several times to take a photo with me. I was having a photo with Miss Japan, Miss Slovenia, suddenly Miss Israel jumped in and took a selfie, and uploaded it on her social media. This is what happened and I hope to have your full support in the Miss Universe contest.”

The Miss Universe organization defended the photo, saying "It is unfortunate to know a photo of four smiling women from different parts of the world, working together at an event, could be misconstrued as anything other than what it is, a celebration of universal friendship, which the Miss Universe pageant is all about."

Miss Israel also responded to the slight, writing: "It doesn't surprise me, but it still makes me sad. Too bad you can not put the hostility out of the game, only for three weeks of an experience of a lifetime that we can meet girls from around the world and also from the neighboring country." Hey, nobody said world peace was going to be easy.