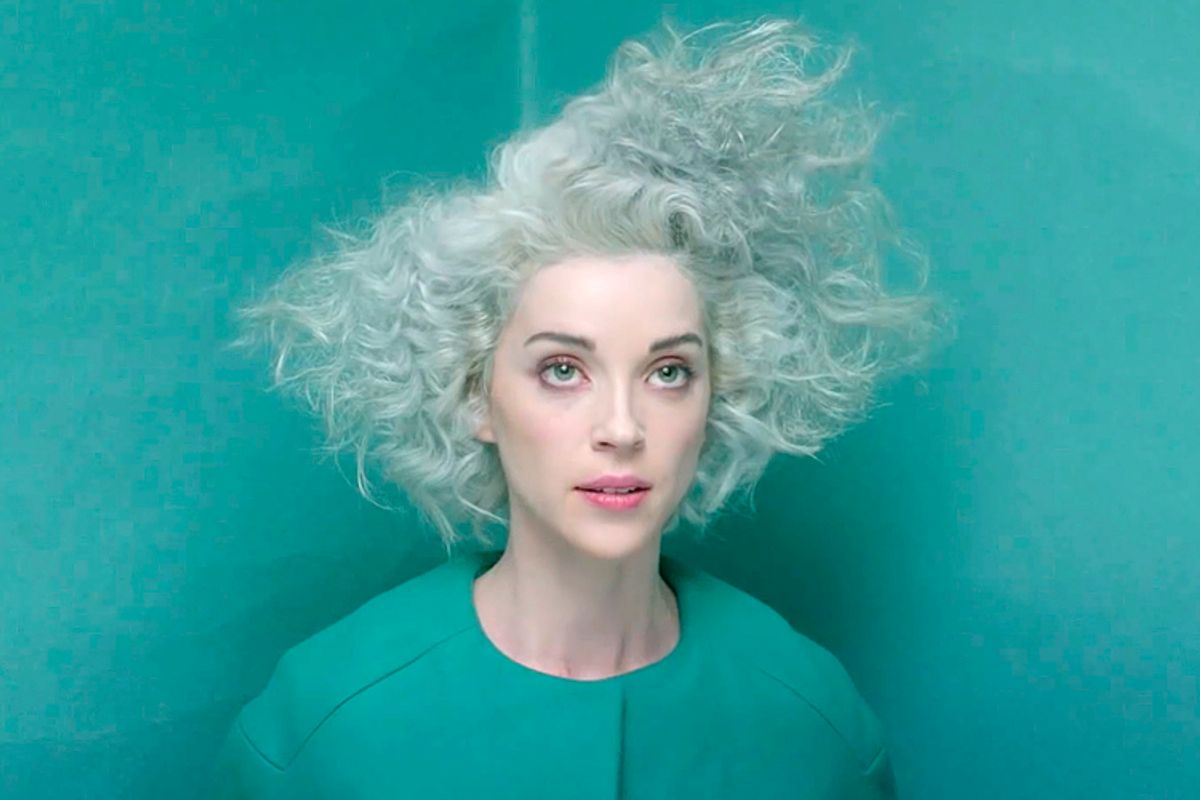 Clark is know not only as an incredible songwriter, but as an innovative guitarist -- creating unique sounds, like those in "Bad Believers." In 2014, she explained her process to Salon:

"Don’t mistake what I’m saying. It absolutely is an impulse, but I’m not thinking of it in terms of, 'I’m a pioneer.' I have this sound in my head. How do I get it here in my fingers? Then there’s the flip side of that, which is that the same way that the music is more mysterious to me than ever there are things that come out my unconscious mind and my fingers that I couldn’t have imagined. They just exist and they’re there. And I go, 'Oh that was cool!' And so there’s always that — it’s nice to have a certain level of skill, but not so much that you can always presuppose the outcome. When I put my fingers down on the guitar I don’t know what it’s going to sound like and I’m somehow willfully ignorant in those microseconds."

Listen to the new song below: