State of the Union preview: Time to decide what an Obama Democrat really is

For the first time of his presidency, Obama has a chance to define post-Reagan America. Here's what he needs to do 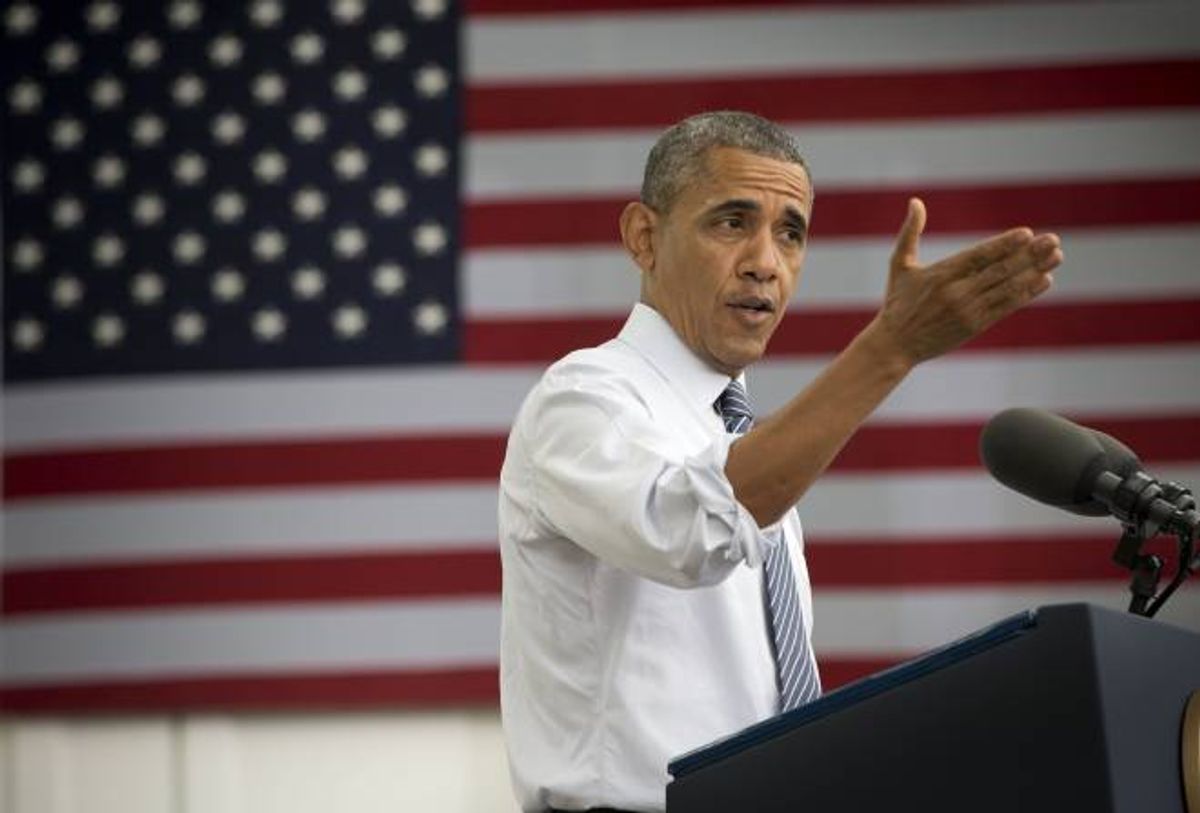 Without intending to diminish his accomplishments or minimize his talents, I think it’s fair to say that, like many successful politicians, one ingredient of President Barack Obama’s remarkably successful career in electoral politics has been a healthy dose of good luck. Because any one person’s chance of winning the White House is so minuscule, that’s inevitably the case for anyone who finds himself sitting in the Oval Office. But even by those standards, Obama has had the good fortune to often draw a weak opponent at a favorable time. (Granted, it sounds a bit absurd to describe any black man in America as lucky but, for what it’s worth, I’m joined in this assessment by none other than Obama himself.)

Fortunate as he’s been when it comes to elections, though, Obama’s been nearly as unfortunate when it comes to the environment in which he’s tried to govern. His first few months in office were dominated by a frenzied attempt to stave-off another Great Depression, of course. Yet even if economic conditions hadn’t been so dire, Obama would still have assumed the presidency right at the moment when American politics, following the economy’s lead, became determined by a might-makes-right principle not seen since the Gilded Age — an outcome most Americans did not want, do not like and cannot understand. You could make a decent argument, in fact, that the president is the most high-profile survivor of a racialized version of the so-called glass cliff.

The most obvious and important outcome of President (rather than Candidate) Obama’s bad luck has been the Democratic Party’s complete loss of power in Congress. But another result, which is harder to quantify but nevertheless important, has been the president’s inability to offer a clear description of what he believes should be the country’s future. Not because he doesn’t have one or because he hasn’t tried, but mainly because he’s been so busy putting out the fires of the present. But with the media having adopted an America-on-the-rebound framing, Tuesday’s State of the Union (SOTU) address could be a real chance to define what it means to be an Obama Democrat. And no matter who the candidates are in 2016, debating that vision will likely be the heart of the next presidential campaign.

So those are the stakes, and they’re surprisingly high — especially if we take Obama’s nominal lame duck status into consideration. Raising them even further are the declarations we’re hearing from some elite liberal pundits that a growing GDP, a dwindling rate of joblessness and a lack of any front-page-worthy crises in foreign affairs gives the president and his fellow Democrats a chance to make wage stagnation — and economic inequality, more generally — the main story of the next two years. This narrative, which the White House has been encouraging, sets up tonight’s speech as a test run of sorts for the next Democratic presidential campaign, which means that those in the media and the party who are so inclined will cite a little-watched or poorly received SOTU as proof that inequality is an elite issue of little concern to “real” Americans. (And despite the patent silliness of arguing that reducing elite power is something only elites care about, you can see the claim popping up already.)

To put it lightly, it’s been a long time since the political conditions looked so good for those who’ve spent the last 30-plus years trying to get Washington to take the great divergence as seriously as the federal deficit or a Social Security crisis that’s at least a generation away. As E.J. Dionne recognized in his latest for the Washington Post, once Jeb Bush, Mitt Romney and Marco Rubio are trying to brand themselves as pro-“opportunity” crusaders, it’s time to say that the fight to make America’s increasing economic stratification a top-tier issue is over. On the political level, the inequality hawks have won. Yet getting people to talk about inequality, and getting people to talk seriously about inequality, are not always the same thing. And the fact that these supposedly opportunity-minded Republicans are advocating for the same policies as always, but this time with an anti-inequality sheen, is telling.

What liberals and lefties should want to hear from the president tonight, then, is more than his usual platitudes. Saying it’s the “defining challenge of our time” is no longer enough; and offering solutions that boil down to little more than an endorsement of higher education is now insufficient, too. Instead, what they should ask of the president — and what Obama should demand from his speechwriters — is an outline of how Democrats will transform today’s free-floating anxiety over inequality into an ambitious but realistic vision of a post-Reagan, post-Great Recession and post-Obama future. If this New York Times report is correct, and if it’s true that President Obama’s speech tonight will feature an effective declaration of victory over the last six years’ most pressing crises, he’ll have to fill in the last few spaces of that formerly “blank screen.” To change the “trajectory of America,” as Obama once dreamed, requires nothing less.