The best of Larry Wilmore: Why his "Nightly Show" will be exactly what we need

Even outside his role as "TDS's" "Senior Black Correspondent," Wilmore's been showing off his comic chops for years 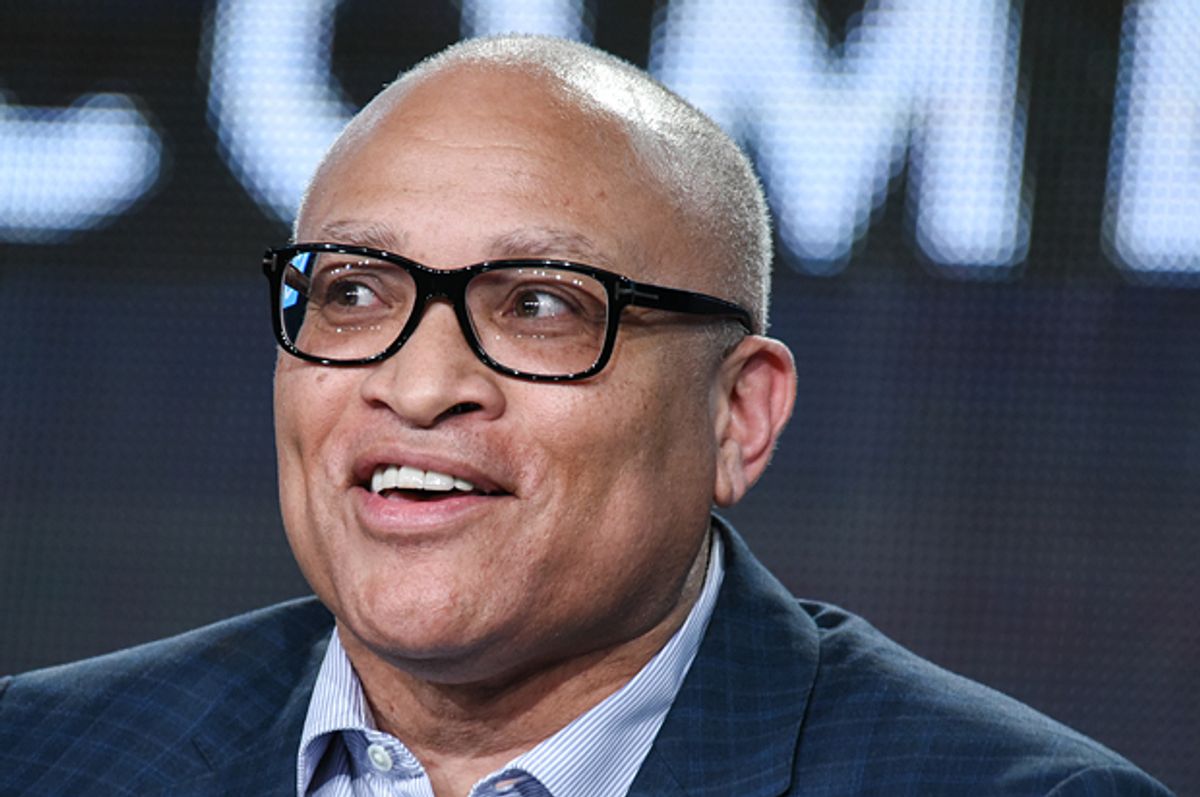 This Monday, Larry Wilmore will segue from his “Daily Show” gig as “Senior Black Correspondent” to "The Nightly Show," a new satirical, late-night panel talk show that intends to focus specifically on underrepresented voices (it was originally titled "The Minority Report," but Wilmore said the show is designed to focus on underdogs of all stripes, not just minorities). While many may know Wilmore primarily from "TDS," the 53-year-old Wilmore is a hardened veteran of the comedy and TV industries, and he exudes a certain maturity and gravitas that comes from years in the biz, as well as a more cerebral, less flashy style than his counterparts. As ThinkProgress’ Jessica Goldstein puts it, contra Colbert or Oliver, “Wilmore’s delivery is more like a parent growing ever more exhausted with the ridiculous, irrational antics of his child: exasperation building on itself until, by the end of the bit, it explodes.”

While Wilmore is obviously very funny, his show also promises to grapple with complex issues about race and injustice. "I’m not interested in doing a show where I give my opinion and people react to my opinion," Wilmore said at TCA. "Our show is more about the discovery of things. I want people who will teach me something. We’ll have people on who maybe get their minds changed.” Here’s a look back at some of his best non-"Daily Show" segments:

"Daily Show" watchers will be familiar with his sharp, bite-size musings on race, but he has more than enough material to hold his own in a nightly show. Here's an hour-long stand-up set from the Chicago Humanities Festival:

In 2009 he published a book called "I'd Rather We Got Casinos: And Other Black Thoughts." Here are some of said thoughts:

Over the years, Wilmore has worked on some of the most seminal sitcoms of the past few decades, including "In Living Color" and "The Fresh Prince of Belair," as well as "The PJS" and "The Bernie Mac Show," which he created. He's also executive producer on "Black-ish," and was billed to be showrunner until he accepted "The Nightly Show." Here’s the touching remembrance he gave after Bernie Mac’s death in 2008:

Here's his advice to the Writers Guild Foundation on how to pitch a TV show:

And we can’t forget his brilliant "Diversity Day" cameo on "The Office" (where he served as consulting producer):

Here’s a clip of him discussing his “Benjamin Button”-esque career trajectory:

Suffice to say, he's been around the block:

As Wilmore has proved on "The Daily Show," he is able to skillfully navigate timely political material. Here's his brilliant, crowd-pleasing set from the 2011 Congressional Correspondents Dinner (“Let me clear things up. I voted for Obama because he’s black. I don’t have disappointment issues, as long as he keeps being black.”)

Wilmore also isn’t afraid to get academic about racial issues, as we see from his thoughtful response to a question about Stuart Hall and inferential racism in a conversation with Syracuse professor Charisse L'Pree.

Oh, and he can do magic tricks (and now that he's leaving Jon behind, he might actually get the chance to. As he puts it: "I did it on 'The Daily Show' once and Jon Stewart’s reaction is like I’m doing voodoo or something").