In a recent poll, 61 percent of respondents voiced support for the formal review process 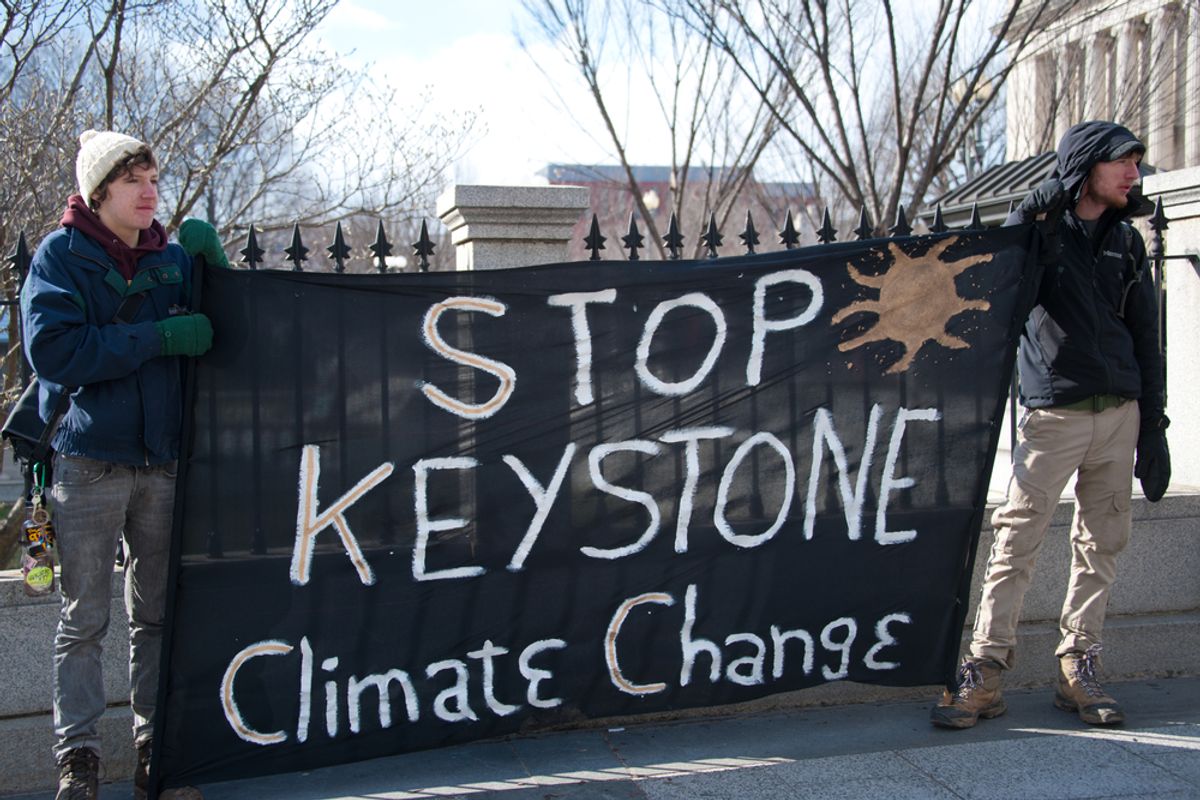 Congressional Republicans pushing for the construction of the Keystone XL pipeline have a new challenge to contend with. While plenty of Americans still appear to support the project, a new poll finds that the majority are against Congress' attempt to fast-track the project.

It would appear, in other words, that the Keystone debate has split in two. A 57 percent majority of Americans were in favor of the pipeline being constructed, according to a recent CNN/ORC poll (although a new poll from the Wall Street Journal and NBC only turned up a 41 percent show of support). But those numbers stand in contrast to a Washington Post and ABC poll conducted in advance of Tuesday night's State of the Union address, in which 61 percent of survey respondents said the president should wait for the State Department to determine whether the project is in the national interest before making a decision about whether or not to approve it.

In their support for the review process, the respondents are echoing President Obama, who formally threatened to veto the bill currently making its way through the Senate in part, the White House said, because he's relying on a “well-established process” of determining its potential impact.

Critics argue that the review has already stretched on for six years. And the most recent State Department environmental analysis -- although accused of being seriously flawed -- found that the project would have "no significant impact." Then again, it doesn't have any clear benefit, either -- despite Republicans' claims to the contrary, it's not a job creator, and it's not going to lower the price of gas. And as the Washington Post's Aaron Blake points out, even those who support the pipeline aren't that eager to see it built -- especially as the price of oil plummets, many don't seem to mind waiting longer.

And so while President Obama's ultimate decision to nix the pipeline, if things do indeed turn out that way, will go against the majority opinion, his promised veto of the bill attempting to force the project through won't. And aside from being certain to fail, the bill, thanks to a proposed amendment, may force Senators to go on the record as either supporting or denying the scientific consensus on the reality of climate change. Consider it an added bonus.