A pipeline spilled up to 50,000 gallons of Bakken crude into Montana's Yellowstone River 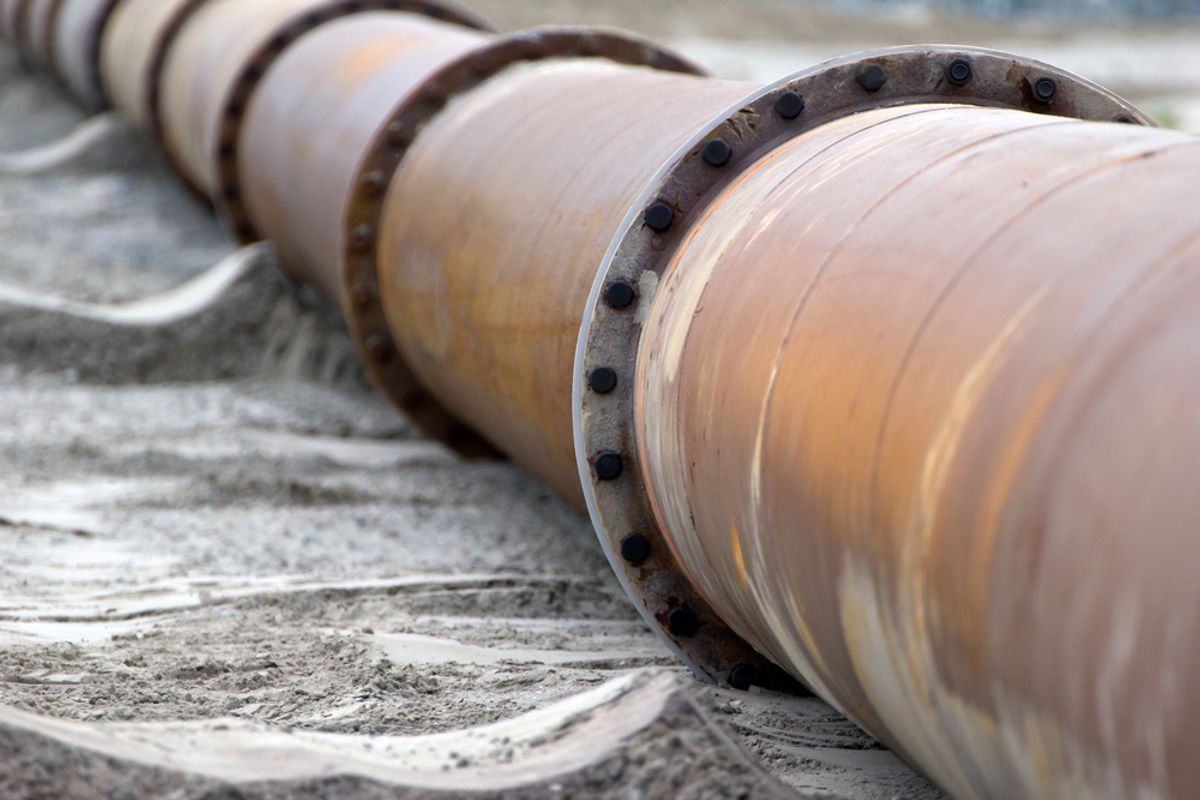 A pipeline spilled up to 50,000 gallons of crude oil into Montana's Yellowstone River Saturday, causing a state of emergency in two counties and potentially threatening a public water supply.

Truckloads of water were shipped to the city of Glendive Monday as a precaution after residents reported tasting and smelling petroleum in their water. Some oil does appear to have made its way into the water supply, which serves 6,000 people, but officials say they've yet to determine whether it poses a public health threat.

“The initial results of samples taken from the City of Glendive’s drinking water system indicate the presence of hydrocarbons at elevated levels, and water intakes in the river have been closed,” the EPA said in a statement.

Crews, meanwhile, are struggling to clean up the crude, which has been observed up to 60 miles downstream from the spill site. Adding significantly to the challenge is the fact that the river was partially frozen -- crews have been setting up booms to try and prevent its spread, the Associated Press reports, while also chopping holes in the ice through which they hope to vacuum the oil.

"These are horrible working conditions to try to recover oil," said Paul Peronard, the on-scene coordinator for the EPA. "Normally you at least see it, but you can't see it, you can't smell it. ... We're going to have to hunt and peck through ice to get it out."

The Bridger Pipeline, which remains closed for the time being, transports some 42,000 barrels of oil per day from North Dakota's Bakken region, which has seen a surge in oil and natural gas production since the shale boom began in 2010. The largely unregulated industry has been associated with a large number of blowouts and spills within North Dakota, a recent New York Times investigation revealed, "with an increase in spillage that outpaces the increase in oil production" -- pipeline spills, while not the most common, are associated with the most pollution. According to the Wall Street Journal, the U.S. Department of Transportation’s Pipeline and Hazardous Materials Administration sent a warning level to the Bridger Pipeline's operator late last year, claiming that it didn't follow the proper reporting procedures in a 2012 inspection. The company was never fined.

In Montana, this most recent incident is being compared to a massive 2011 spill, also in the Yellowstone River, in which about 63,000 gallons of oil poured from an Exxon pipeline, polluting some 70 miles of riverbank, harming birds, fish and natural resources and prompting a months-long cleanup effort.