Way too many people told Jimmy Kimmel they saw Martin Luther King Jr. give a speech this Monday 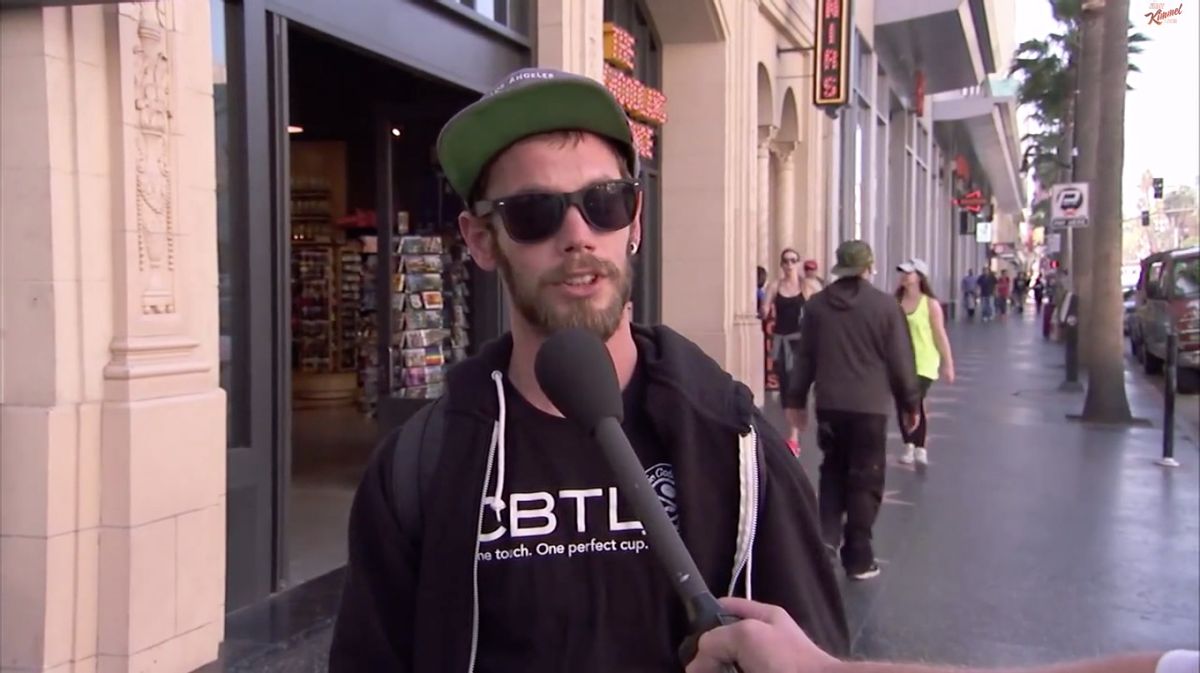 Jimmy Kimmel’s “Lie Witness News” has a long history of exposing peoples’ ignorance about various topics, from illustrating how little fashionistas actually know about fashion to asking people if they voted in a nonexistent vice presidential election. But yesterday’s Martin Luther King Day segment, in which 14 unsuspecting Angelenos are asked whether they enjoyed the speech Martin Luther King Jr. "gave that morning," and seven — seven! — said yes, might just be the most horrifying one yet. Someone liked "all the details and things like that,” another was shocked to see Dr. King speak in public after such a long public hiatus, while another just thought he could stand to lose some weight. Watch, and yikes: