New Intel committee chair calls for administration to return copies of the report. Here's what that could mean 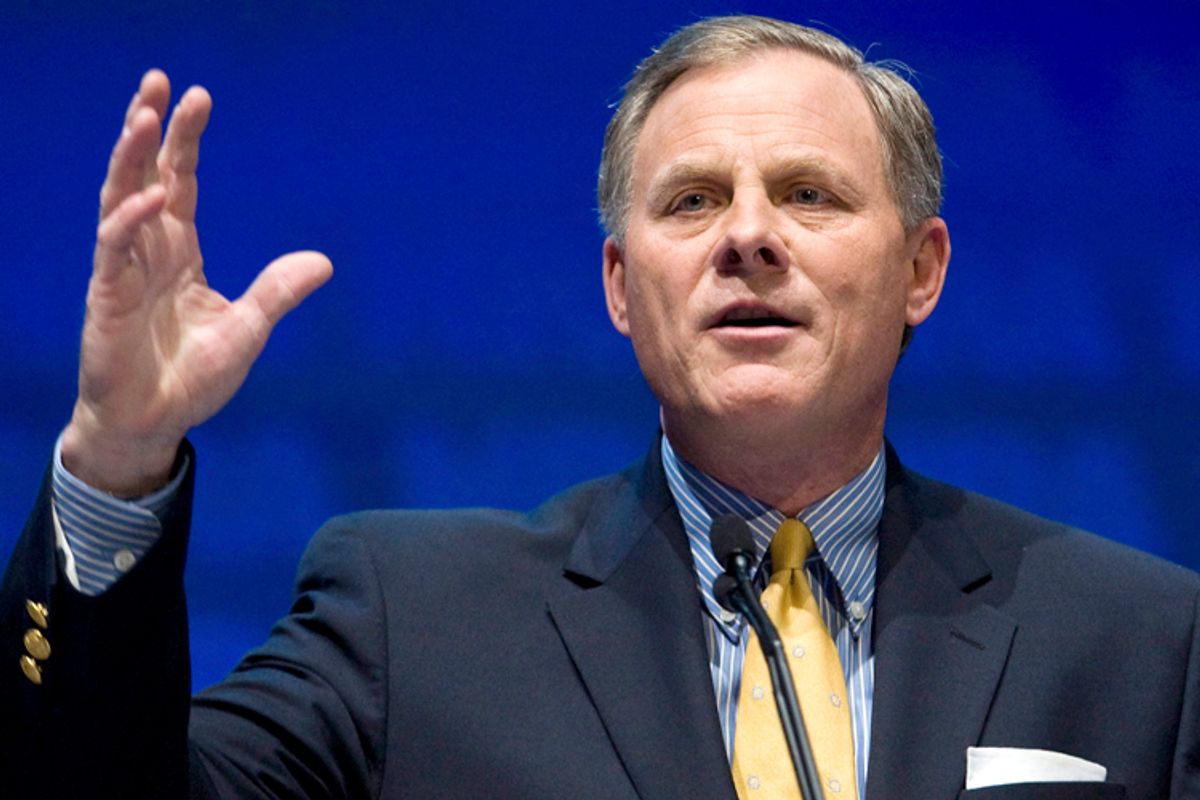 The newly installed chairman of the Senate Intelligence Committee is demanding that the Obama administration hand over its copies of the committee's full report on the Central Intelligence Agency's torture of terrorism suspects, likely as part of a bid to ensure that the report never becomes public.

Sen. Richard Burr (R-NC) issued the demand last week. The Washington Post reports that Burr sent a letter to President Obama urging “that all copies of the full and final report in the possession of the executive branch be returned immediately.”

Under previous chair Sen. Dianne Feinstein (D-CA), the committee released the 500-page executive summary of its torture report last month, but the full 6,700 page report remains classified. Many civil libertarians have called for the release of the full report.

By demanding that the executive branch return its copies of the report, the Post notes, Burr effectively makes it less likely that the full-length investigation will become public. That's because the executive branch is required to respond to Freedom of Information Act requests, which some advocates have floated as a means of publicizing more of the report, while Congress faces looser disclosure rules. Burr's letter to Obama states that the full report is "highly classified and a committee sensitive document.”

News of Burr's letter comes as the New York Times reports that an internal CIA study, conducted in 2009, found that the agency had exaggerated the efficacy of its torture program. That finding meshes with those of the Intelligence Committee, whose executive summary stated that the use of torture did not thwart a single terror plot.