Senate votes 98 to 1 that climate change is a thing

Thanks for clearing that up, guys 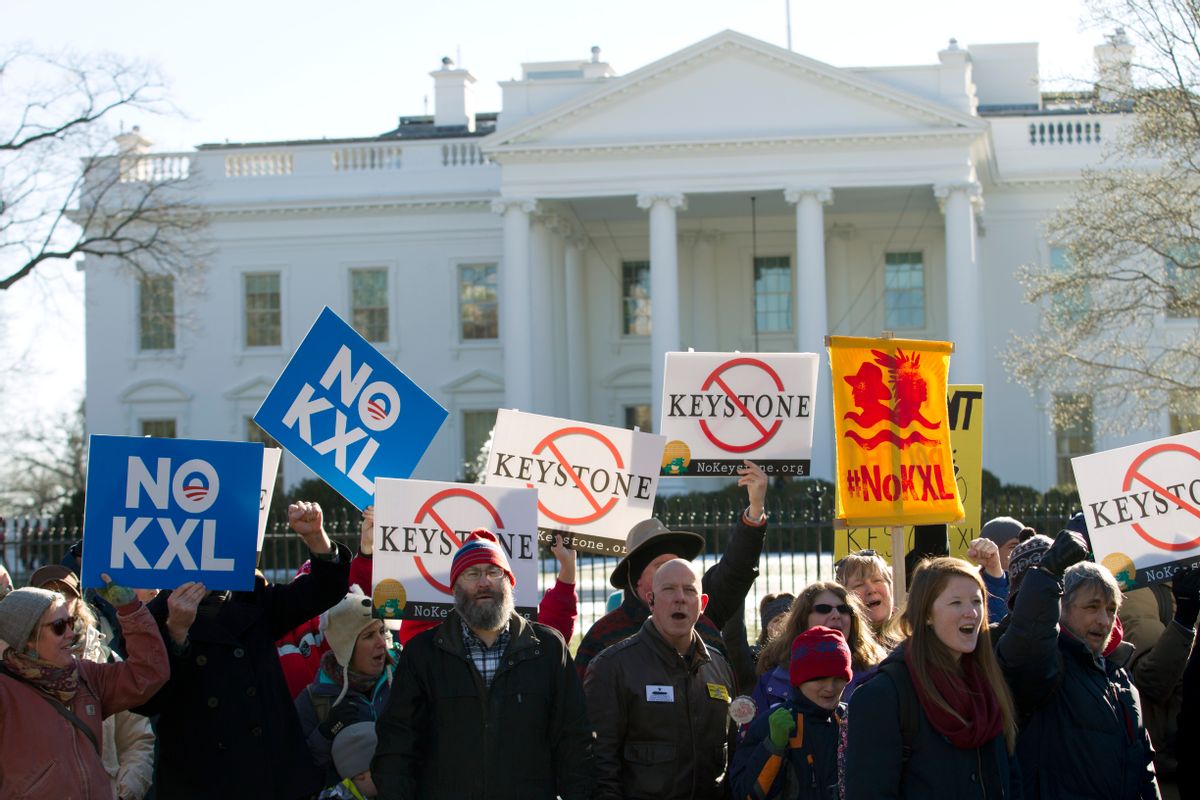 Dozens of demonstrators rally in support of Obama's pledge to veto any legislation approving the Keystone XL pipeline, outside the White House in Washington on Saturday, Jan. 10, 2015. (AP/Jose Luis Magana)
--

Wednesday afternoon, the U.S. Senate voted 98 to 1 in favor of an amendment stating that climate change is "real and is not a hoax." The amendment was introduced by Sen. Sheldon Whitehouse (D-R.I.) in an effort to get Republicans to go on record regarding their views on the proven science of climate change. The only person to vote against the amendment was Sen. Roger Wicker (R-Miss.).

The vote was tacked on as an amendment to a bill aiming to legalize the construction of the Keystone XL pipeline, which would transport oil between Canada and the United States.

Senators opposed to the pipeline, who say it would help accelerate climate change encouraging mining of oil sands, are using votes on the bill as an opportunity to force Republican Senators to take a stand on whether climate change is real. Some Republican lawmakers have dodged the issue, saying they lack the scientific credentials to evaluate the evidence for climate change.

Sen. James Inhofe (R-Okla.), a noted climate denier and author of "The Greatest Hoax: How the Global Warming Conspiracy Threatens Your Future," actually co-sponsored the bill with Whitehouse in an odd bit of politicking.

Before the vote, he explained that while the climate does change, the idea that man is responsible is a "hoax." It is actually arrogant, said Inhofe, to assume that man has the power to affect the climate. The amendment still passed.