Our entire capitalist system is rooted in slavery, yes, but the human rights abuses hardly end there 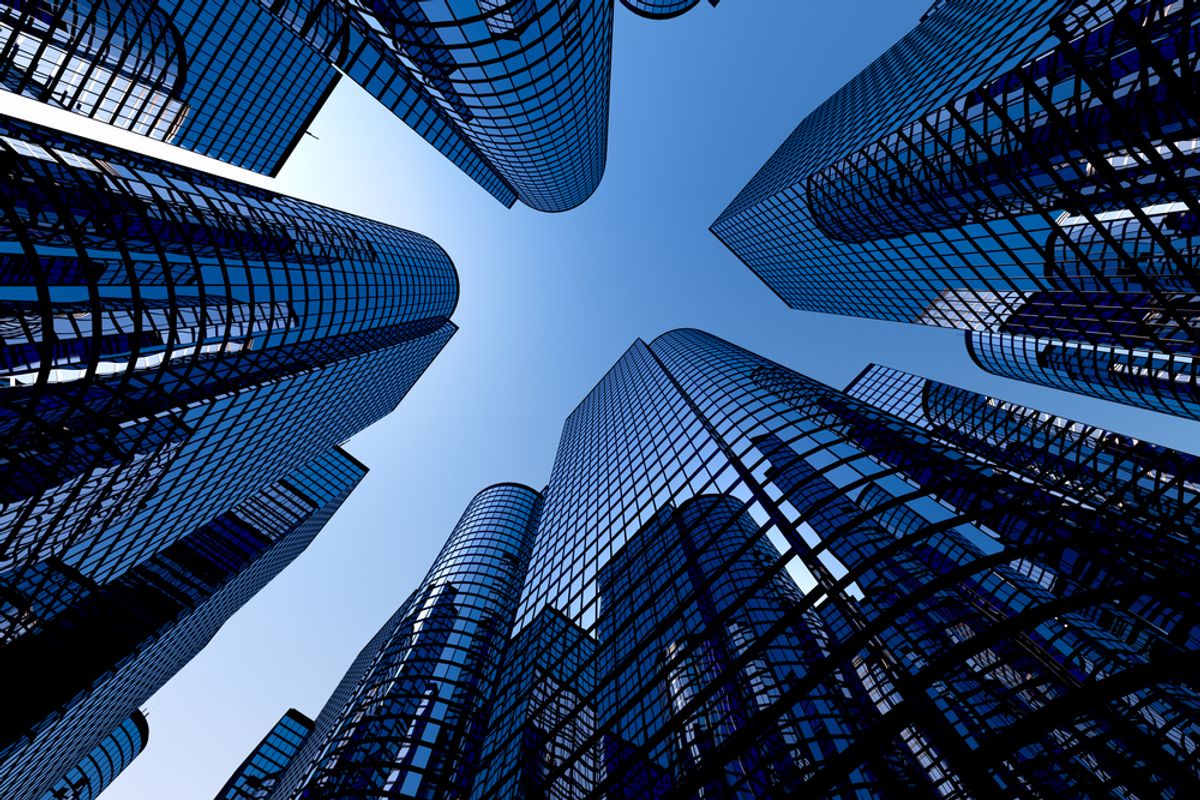 America is gradually, but unrelentingly, destroying part of itself. The facts to support this are well-documented, told in many ways from past to present.

The most egregious example of Americide is our country's treatment of African-Americans. Almost everyone agrees about the evils of slavery, once dismissed simply as a Peculiar Institution. But a debate goes on about reparations, with passionate arguments on both sides, ranging from a demand for a Reparations Superfund for jobs and education, to a claim that blacks actually benefited from slavery because of the years of 'reparations' received through poverty programs.

Reparations opponents insist that there is no clear modern connection to the era of slavery. But there is a connection, and it's exhibited in the many profitable corporations -- manufacturers, banks, insurance, railroad -- that had their roots in slavery. Reparations haven't been paid, or, if they have been extended in the form of poverty programs, they haven't worked. Standards of living for blacks have worsened relative to whites in the past half-century. Many of the modern-day practices of our free-market capitalist system are at least partly responsible for this.

1. American Corporations Are Partly Responsible for the Sale of Human Beings

Horace Greeley, Editor of the New York Tribune and an abolitionist, described a slave auction: "The negroes were examined with as little consideration as if they had been brutes indeed; the buyers pulling their mouths open to see their teeth, pinching their limbs to find how muscular they were, walking them up and down to detect any signs of lameness, making them stoop and bend in different ways that they might be certain there was no concealed rupture or wound.."

The slaves on the auction block, 500 of them, stood nervously waiting as the buyers lit cigars and studied their log books, scanning the list of 'chattel' available to them, preparing to start the bidding. The facial expression of each slave stepping on the auction block was the same -- anguish about an unknown future, despair at the thought of never again seeing their loved ones.

The abject heartlessness of forever dividing families was captured by Mark Twain, when he sat on his front porch in 1874 and listened to his servant, Mary Ann Cord, whom the writer had come to know as "Aunt Rachel."

Corporations linked to the present day had a lot to do with these slave sales:

----Wall Street: Banks made loans to slave owners, processed transactions through the New York Cotton Exchange, and held slave auctions outside their doors. JP Morgan, Bank of America, and Wachovia (Wells Fargo) admitted the roles of their predecessor banks.

----Manufacturing: The textile industry was so vital to northeastern states that the mayor of New York City turned against the Union, encouraging citizens to support "our aggrieved brethren of the Slave States."

2. American Corporations Are Partly Responsible for the First Vagrancy Laws

These are the Pig Laws of a century or more ago, which penalized trivial - sometimes nonexistent - offenses, in a similar manner as theBroken Windows policies employed today. A 'vagrancy' offense got 22-year-old Green Cottenham arrested in 1908.

Cottenham was sentenced to thirty days of hard labor. When he was unable to pay court fees, his sentence was extended to a full year, and he was sold to Tennessee Coal, a subsidiary of US Steel. The company forced him to live and work in a mineshaft deep in the cold, black earth, where he worked every day from 3 AM to 8 PM digging and loading tons of coal. If he slowed down he was whipped. He drank the water he was standing in. He was surrounded by pitch-dark caverns filled with poison gas and walls that often collapsed, crushing or suffocating miners. At night he was chained to a wooden barracks. Crazed men were always nearby, filthy and sweaty, some homicidal, some sexual predators. A boy from the Alabama countryside had been cast into the center of hell.

----US Steel, which absorbed Tennessee Coal, is one of the largest steel companies in the world, with over $17 billion in sales in 2013.

Slave labor in the Nazi years generated massive profits for many of our most prominent corporations.

----Ford Motors: Henry Ford, who had published "The International Jew: The World’s Foremost Problem," was a friend of Nazi Germany. His company used prison labor to produce a third of the military trucks for the German army. Ford's German affiliate was called an "arsenal of Nazism."

----General Motors worked with the German company that built Auschwitz.

----IBM was responsible for the punch card machines that allowed the Nazis to tabulate train shipments to the death camps.

----Numerous other companies were involved. General Electric partnered with a German company that used slave labor, and invested in the builder of gas chambers. Kodak used prison labor for the manufacture of German arms. Nestle admitted acquiring a company that used forced labor during the war.

They may not be the mine shafts of Tennessee Coal, but modern private prisons such as Corrections Corporation of America and G4S generate massive profits, selling inmate labor to corporations like Chevron, Bank of America, AT&T, and IBM. Nearly a million prisoners work in factories and call centers for as little as 17 cents an hour.

Black and white crime rates for drugs, weapons, and assault are approximately the same. Yet blacks are arrested for drug offenses at three times the rate of whites, and according to the Sentencing Project more than 60 percent of U.S. prisoners are minorities.

As summarized by the Economic Policy Institute, society has chosen to use incarceration rather than education and job training to deal with racial economic issues.

----Little Earnings for Blacks: Corporate profits are at their highest level in at 85 years, yet S&P companies spent an incredible 95% of their profits on stock buybacks to enrich executives and shareholders.

Corporations generally hire minority workers for low-wage jobs. Stunningly, over half of the black college graduates of recent years wereunderemployed in 2013, working in occupations that typically do not require a four-year college degree.

It gets even worse for blacks, and then worse again. A 2003 Harvard/Chicago study found that job applicants were about 50 percent more likely to be called back if they had "white" names. Another study found that white job applicants with criminal records received more favorable treatment than blacks without criminal records.
----Fewer Educational Opportunities: Almost half of black kids are in poverty. Education is their best way out. Numerous studies have shown that with pre-school, all children achieve more and earn more through adulthood, with the most disadvantaged benefiting the most. But Head Start was recently hit with the worst cutbacks in its history.

----Poor Health, Slow Death: Many reputable studies have documented the link between financial stress and illness.

Median black household wealth went down by 33.7 percent from 2010 to 2013, while median white household wealth actually increased. Black males are living over four years less than white males. Black women are four times as likely to die from pregnancy-related causes as white women. It's all part of the gradual, unyielding, insidious process of a nation disposing of an unwanted part of itself.