"He doesn't give a f**k!" Larry Wilmore on Obama's SOTU address

With a Republican majority and only two more years left in office, Larry Wilmore wonders what Obama can do 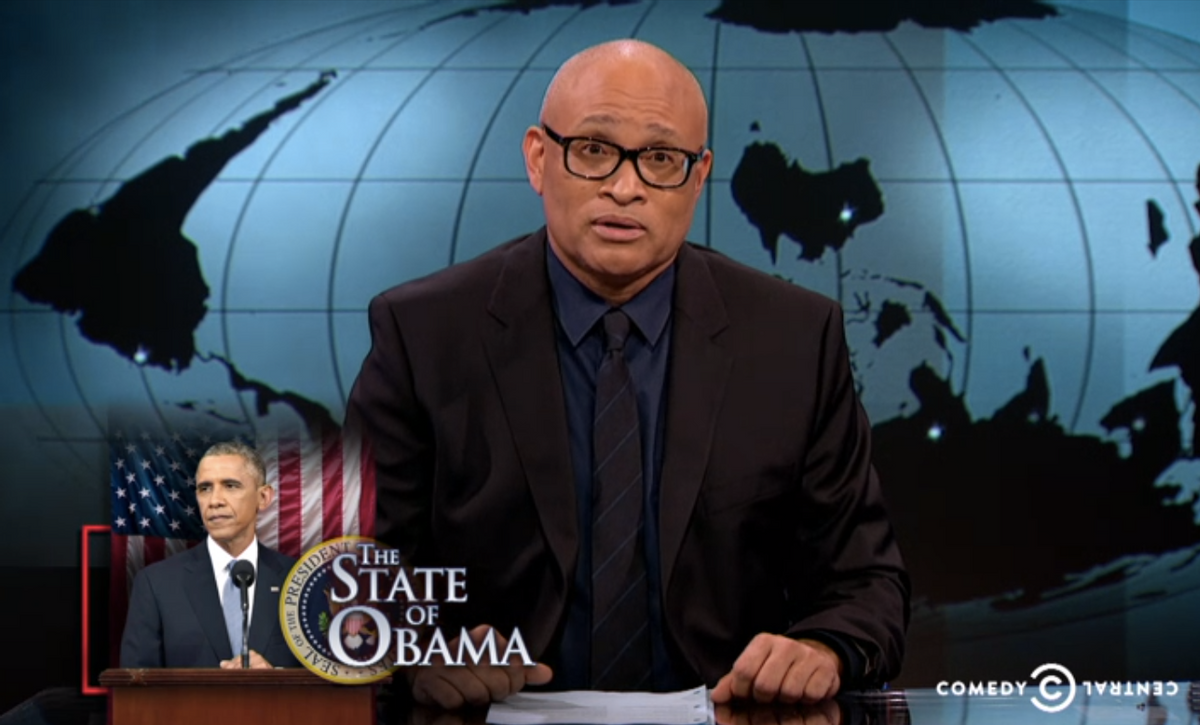 Last night on "The Nightly Show," Larry Wilmore dissected the State of the Union address and the current state of President Obama. Wilmore discovered that current Obama is sounding a lot like 2008 Obama "all audacious and hopey."

"Hold on a second," Wilmore exclaimed. "Doesn't he realize he just lost an historic election? I mean both houses by historic margins. Even his own party was deserting him. Doesn't Obama know he won't be able to get anything done in his last two years?"

"Ohh," Wilmore continued. "He doesn't give a fuck!"

Watch the segment, from the third episode of "The Nightly Show," below: