"I don't need to invade her private life to prove I'm cool": How to talk to your daughter about sex

A reader asked me for practical advice for progressive, sex-positive dads on having "the talk." Here are my tips 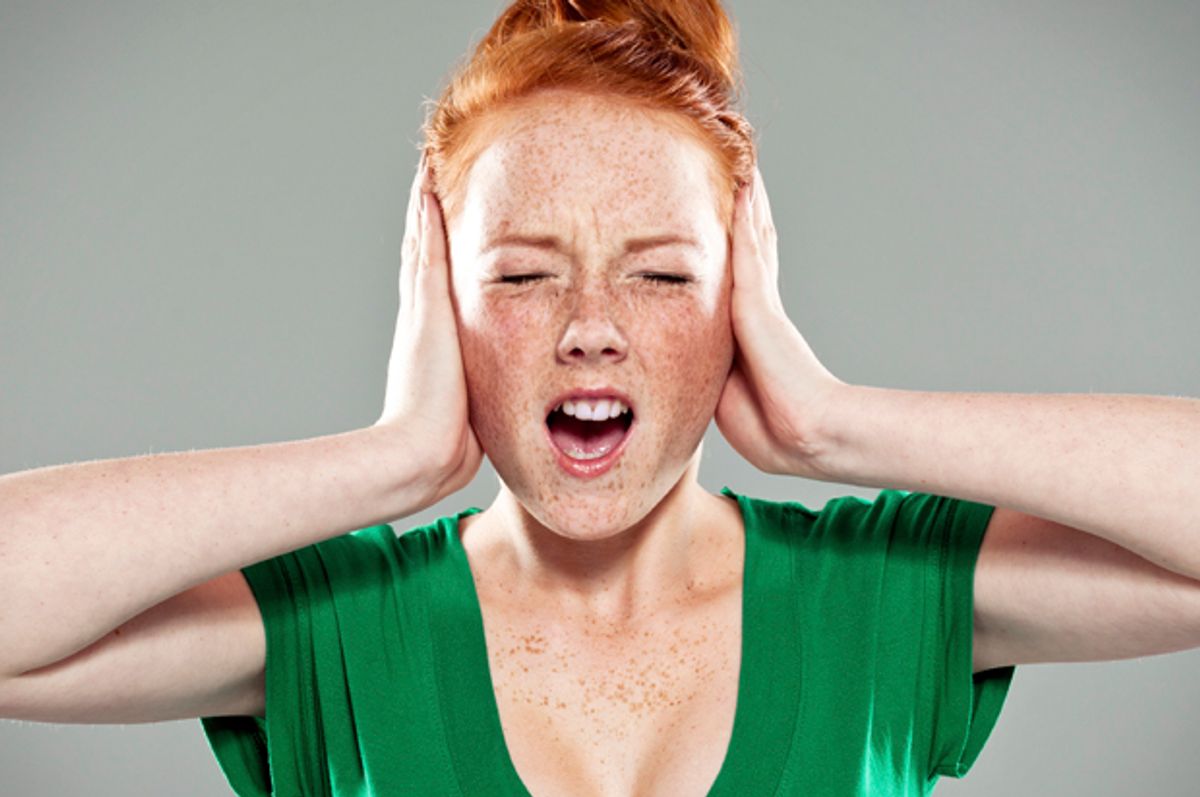 Last week I wrote about the importance of fathers in shaping their daughters’ relationships to sex, based in part on my own experience with a feminist, sex-positive dad. The post was inspired by recent pearl-clutching over Brian Williams watching, and not freaking out about, his daughter Allison Williams' comedic rimming scene on "Girls." The response was what you would expect: I was told on Twitter that "our society is going further down the toilet" thanks to me. Another guy tweeted at me, "I don't need to invade my daughter's private life to prove I'm cool." He called my perspective "asinine," which I hope was a pun, given the original context.

But, per the usual, the loudest voices were the craziest. I also heard from super-sweet pops who are being thoughtful about what they communicate to their daughters about sex, including one who wanted some practical advice. I don’t usually do the advice thing -- because Dan Savage owns the hell out of that -- but this is such an important and common question it’s deserving of an exception.

This reader -- I shall call him TK -- wrote, "I'd love to ask you what it was your dad said to you, because you've nailed the tone and values I'm trying to convey to my daughter, but man ... the actual words are so hard to choose, and the reaction from a 14-year-old girl so ... typical that you have no idea if your words, much less intent are having the effect you are hoping for." As a refresher, what I’d written about my dad’s tone was that “he always delivered a clear and consistent message about sex. It was relaxed and easygoing and unafraid. It had nothing to do with his sense of ownership or pride or approval.”

I followed up with TK to get a little more info. Turns out his teen, who has a serious boyfriend, greets his every mention of sex with eye rolls and “I know, I know.” In other words: Daaa-aaad!

I can’t tell you how many times I did the same thing with my dad. I still do the same thing with my dad. (That’s right. I’m a sex writer, but my dad can still make me blush.) That’s just par for the course. It’s a dad’s responsibility to push through the awkward, to embrace it, to understand that despite the characteristic protestations, their teenager probably does want to hear it. As Amy Lang, a sexual health educator, told me when I brought this reader question to her, “Don’t buy into the pushback!” Similarly, Al Vernacchio, the high school sex educator of any progressive’s dreams, and the author of “For Goodness Sex: Changing the Way We Talk to Teens About Sexuality, Values, and Health,” told me, “Whenever parents talk to their teenagers about sex, eye rolls and ‘I knows’ are common responses. That doesn't mean the teen doesn't want to talk -- it just means they're feeling embarrassed or weird or uncomfortable.” It’s all the more evidence that they need that input.

As for what to actually say, and how to say it, my dad was most effective when he seized on moments where the topic of sex naturally came up -- say in a television show we were watching together. I can’t accurately recall exactly what he would say, but it felt like he was frequently calling out unhealthy dynamics, which are most of what you see in pop culture with regard to sex. It was through these small moments that he communicated certain values about sex -- that it was one of life’s greatest joys, and that one’s looks had nothing to do with it. It wasn’t just sex-sex that was up for scrutiny, either; so were examples of women caking on makeup, crippling themselves with absurd high heels or getting boob jobs in the name of attracting men. His eye rolling about such impractical and performative femininity was reassuring, even as I myself teetered on Steve Madden heeled boots throughout high school. (I don’t know, it was the early 2000s.)

So, consider pop culture your opening. Lang even suggests looking for openings when reading the newspaper. “It’s his job to notice out loud if something is in congruence with his values, like, ‘Hey, I like the way that guy did x, y or z,’ or if it’s against his values then he should say, ‘Man, that guy is a dick and he shouldn’t have done that. What I’d wished he’d done was this.’" These moments can also pave the way for talking about the potential negative consequences of sex. Lang says fathers -- and mothers too, of course -- should be "really straight up about" expectations and house rules. "What's very important is rule-clarity about, 'When you get to this point in your life, my expectation is that you use condoms and that you be on some form of long acting reversible contraception.'"

Another easy way into sex talk is asking your teenager about what’s happening among their friends or other kids their age. “You're the learner and they're the teacher,” says Vernacchio. “For example, I love asking teens: ‘What are three things teenagers today would love to say to adults about sexuality?’ or ‘What are the three things adults can do to make themselves more approachable to teens when talking about sexuality?’ And I don't take ‘nothing’ for an answer.”

But, look, no one is perfect when it comes to parental sex talks. My dad managed to communicate a lot of positive high-level sex-things to me -- but neither he nor my mom did an excellent job of discussing things like contraception or STDs. The most important thing my dad ever did for me was being a present, loving and reliable father. Lang puts it this way: "Ideally a dad’s talking about sex and sexuality, but even if they’re not, as long as they're fostering a close relationship -- that means unbreakable daddy-daughter dates, that means engaging in activities that they like to do together, that means doing things that she likes to do -- that’s going to be impactful in terms of [his daughter's] relationship to sex." Everything else is extra credit.