That sound you hear is all of us cringing 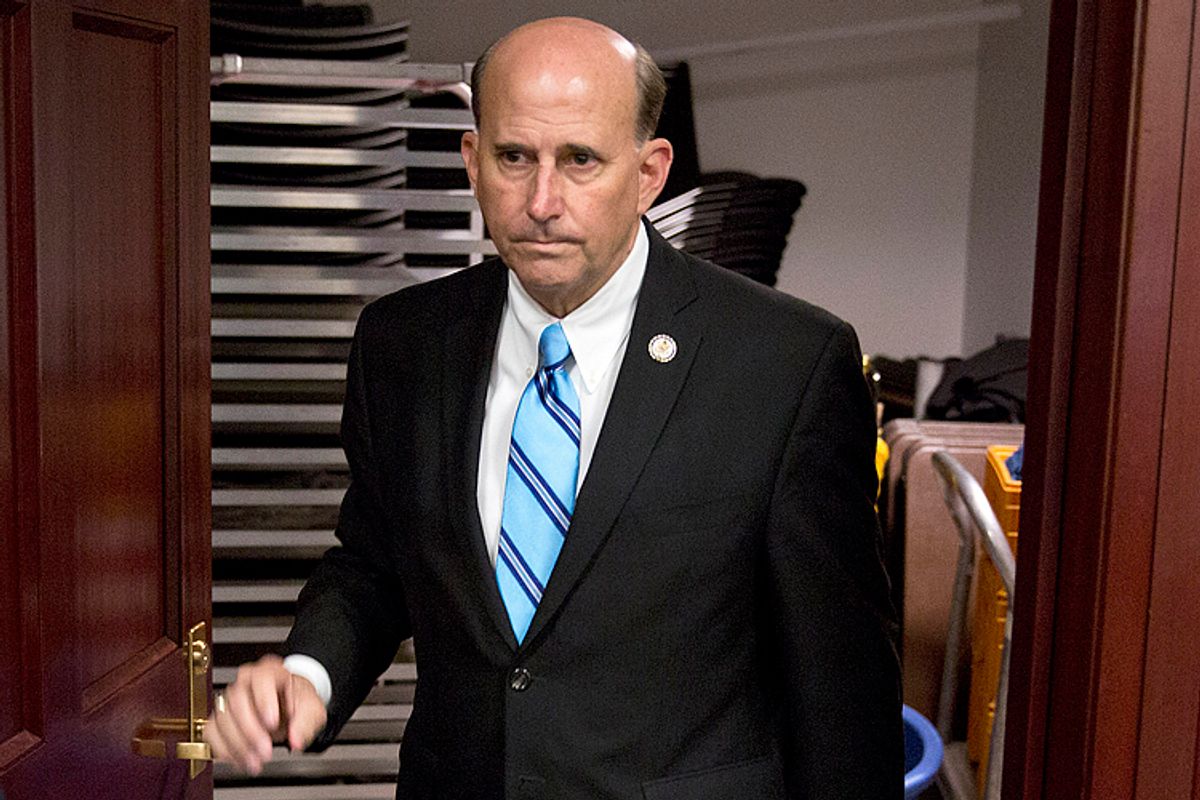 During his State of the Union address on Tuesday night, President Obama gave voice to concerns about the fraught relationship between law enforcement and minority communities, a subject that has moved to the forefront in the wake of police killings of unarmed African Americans in Ferguson, Missouri and Staten Island. People may have "different takes" on what happened there, Obama said, "But surely we can understand a father who fears his son can't walk home without being harassed. Surely we can understand the wife who won't rest until the police officer she married walks through the front door at the end of his shift."

You'll be shocked to learn that Rep. Louie Gohmert, the incendiary Tea Party Republican from Texas -- okay, an incendiary Tea Party Republican from Texas -- didn't take kindly to Obama's remarks. Why, Gohmert asked, must our president constantly Play The Race Card, by noting that race is a thing that still matters in American life?

"He's been so divisive on the issue of race," Gohmert said after the speech, per the Huffington Post. The congressman proceeded to say that he thought Obama's 2008 election would put "that issue behind us."

"But unlike my favorite coach in high school, who happened to be black, he has been more divisive -- when I had a coach that brought us together as a team like never before," Gohmert said. "I thought this president would do that. He has divided more than united, so that’s been heartbreaking."

There you have it: A congressman who flirted with the conspiracy theory that our first African American president was an illegal alien is utterly shattered that Obama hasn't united the country on race.