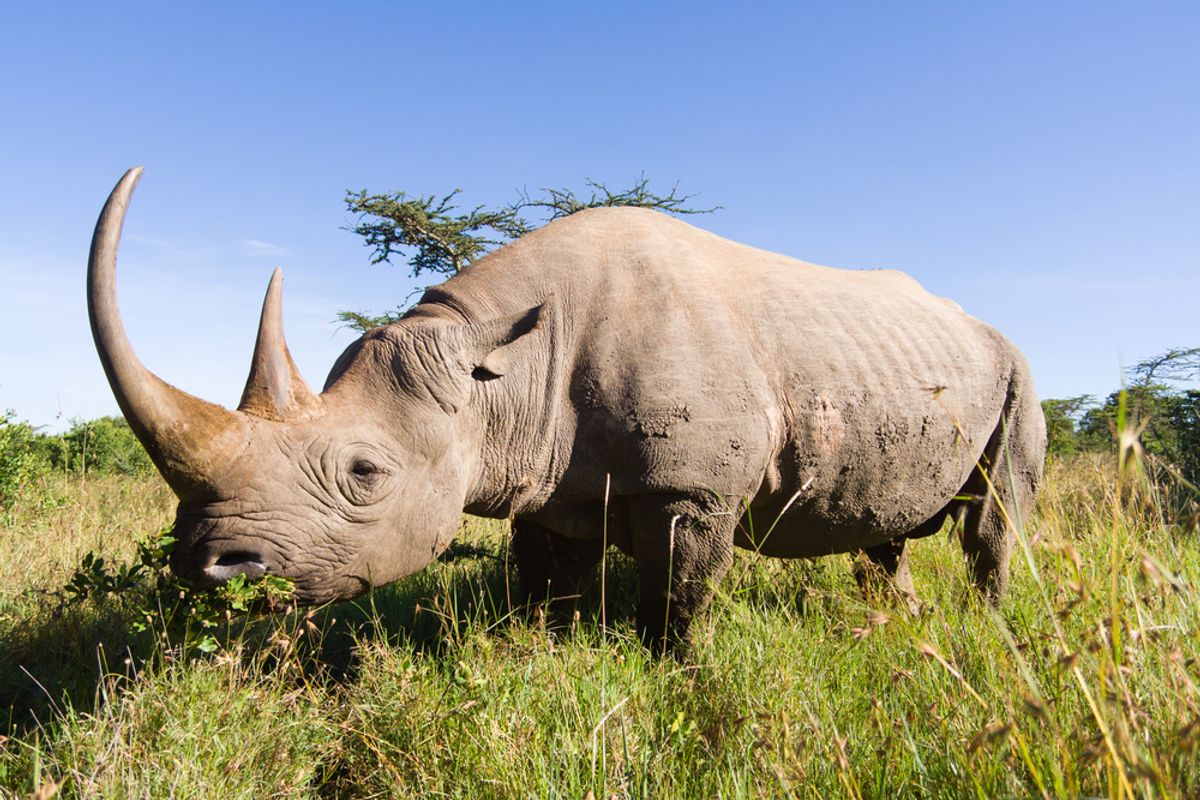 Despite creative efforts ranging from drones to heavy jail sentences to what basically amounts to witness protection for rhinos, 2014 was a record year for rhino poaching in South Africa, revealed figures released Thursday.

According to country's Department of Environmental Affairs reports, 1,215 rhinos were illegally killed in 2014 -- a 21 percent increase from the worrisome 1,004 killed the year before.

South Africa's home to more than 80 percent of Africa's rhinos, the majority of which can be found in Kruger National Park, a 7,5000-square-mile game preserve where nearly two-thirds of 2014's killings occurred. The country's poaching problem has become a crisis in tandem with the popularity of ivory among the growing middle class in China and Vietnam, where it's believed to have health benefits and seen as a status symbol.

“Another year of poaching like 2014 and it becomes increasingly difficult to see a positive conservation future for South African rhinos," Tom Milliken, the elephant and rhino program leader with the organization Traffic told the Guardian. "We’re facing a ‘do or die’ situation right now.”

The escalating trend toward extinction looks something like this: The crisis it defies easy solutions. Critics point to the need for South Africa to step up its anti-poaching efforts, and for strong leadership from the governments of the Asian countries where most of the illegally harvested horns are destined.

“Enforcement is crucial to reducing the number of killings, so that poaching is seen as a serious crime with serious consequences," Matthew Lewis, an African Species expert with World Wildlife Fund’s Wildlife Conservation Program, said in a statement. "That means upping jail sentences and increasing political and monetary support for enforcement activities. In parallel, we need to rapidly curb consumer demand in Asia for rhino horn products -- or this problem will only get worse in line with a growing Asian middle class.”