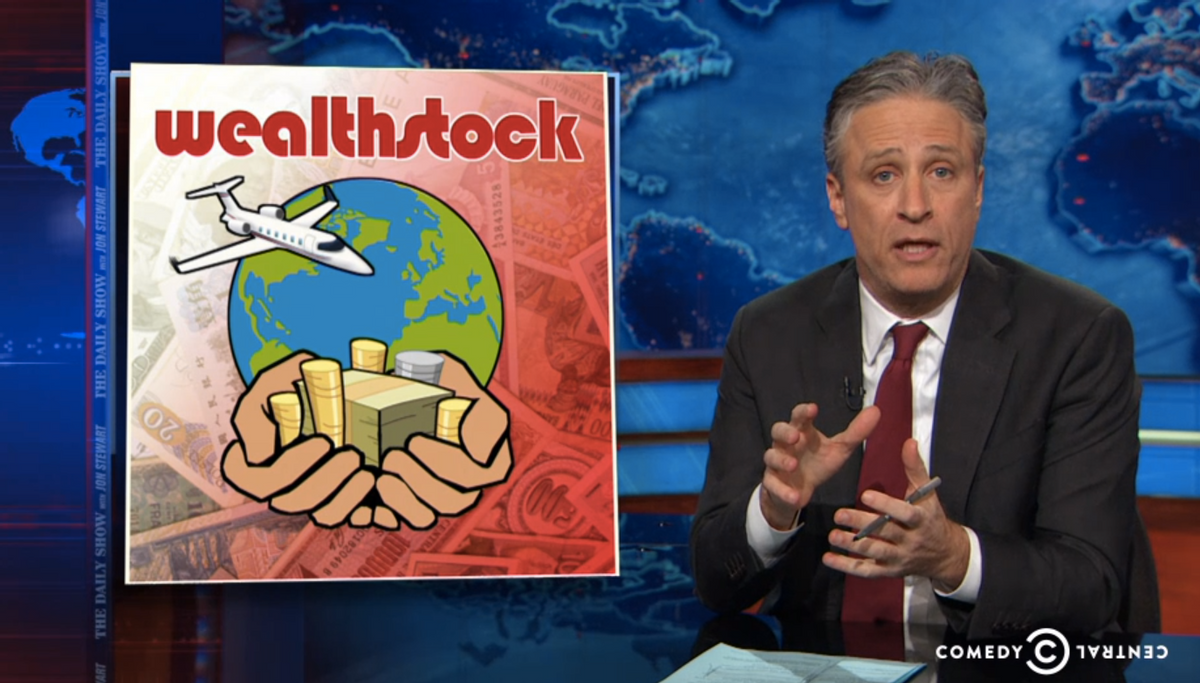 Jon Stewart ripped into the financial and political elite on Thursday night's "The Daily Show" -- specifically the World Economic Forum at Davos and insurance giant MetLife.

"If you're like me," Stewart began, "you woke up with a difficult to articulate sense of panic, a kind of directionless, as though half of our wealth and almost all of our power was unaccounted for, with strangely 99.99 percent of our people still here."

Stewart was referring to the start of the World Economic Forum in Davos, Switzerland, where it is estimated that 1,700 private jets will be used to bring the financial and political elite together to discuss issues like climate change and wealth inequality. Yep.

With so many financial bigwigs there, Stewart was quick to remind viewers of the financial collapse of 2008 -- and that some of those present either helped bring about the collapse or profited from it. Watch below: