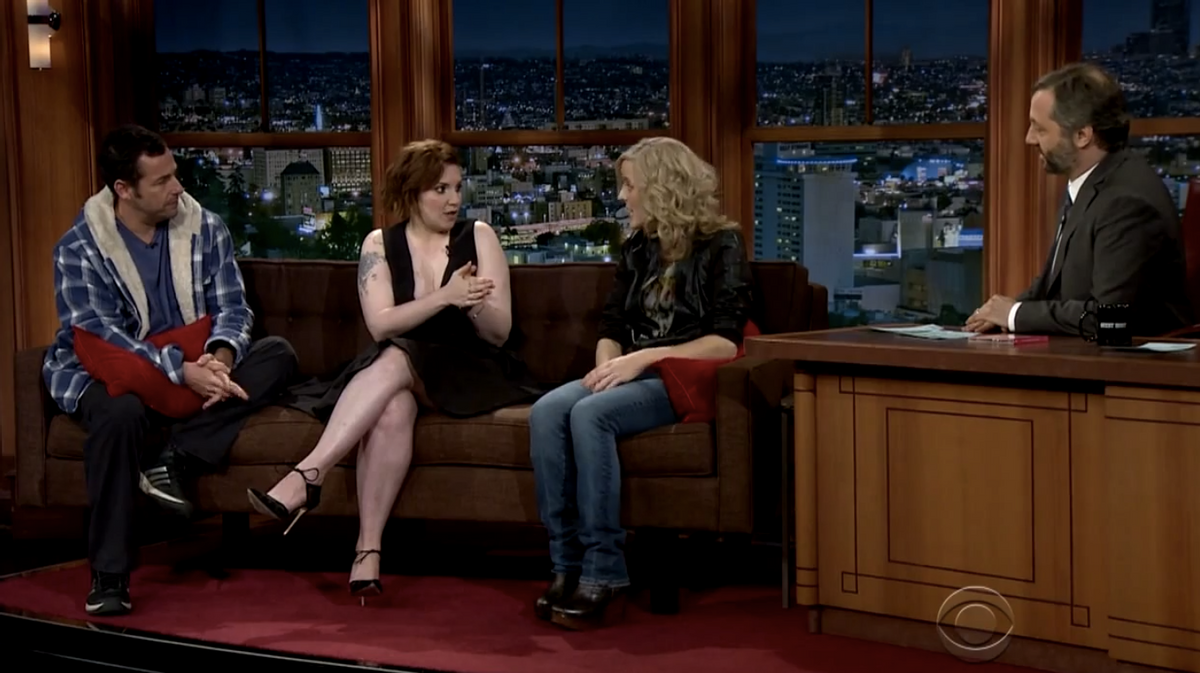 Last night Lena Dunham appeared on the "Late Late Show," where producer Judd Apatow was stepping in as a guest host. Dunham, Apatow, Adam Sandler and Maria Bamford began sharing stories about their obsessive compulsive disorder (OCD) -- stories which found a strange intersection on the topic of Chris Farley.

Whether you find her ability to share personal details endearing or maddening, there is no denying Lena Dunham's chutzpah. Through her movies, her book "Not That Kind of Girl," and the show "Girls," Dunham has bravely opened up her life to a high level of (often brutal) public scrutiny.

More audacious than the nudity or "groundbreaking" sex scenes on "Girls," is Dunham's ability to communicate openly about mental health -- and her own personal struggles with anxiety and OCD. The clip below -- which is alternately funny and uncomfortable -- is just another example. Kudos "Late Late Show" guests!