In climactic press conference, "SNL" figures out who really deflated those footballs 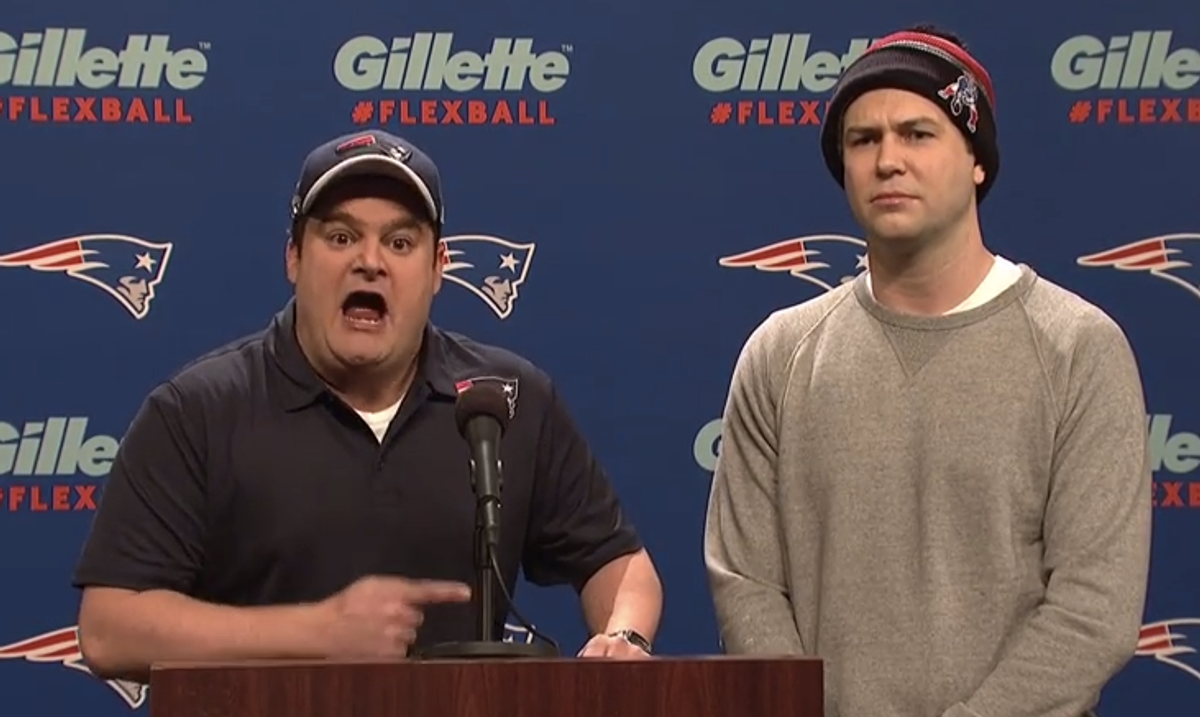 In an emotional, high-stakes press conference last night, "Saturday Night Live" aimed to get to the bottom of a scandal variously known as "Deflategate" and "Ballghazi."

The controversy centers on the finding that 11 of 12 footballs used in the New England Patriots' 45-7 victory over the Indianapolis Colts last weekend tested at an air pressure below regulation level. Sports fans and journalists have zeroed in on the Patriots' role in possibly deflating the balls, and New England hasn't exactly been vindicated by the emergence of star Patriots quarterback Tom Brady's 2011 statement that he favors "the deflated ball."

So in a press conference featuring coach Bill Belichick (Beck Bennett) and Brady (Taran Killam), the Patriots aimed to, er, tackle the controversy once and for all. Watch below as a climactic revelation unfolds: