The ugly truth about "American Sniper"

It's not as apolitical as critics make it out to be. Clint Eastwood's film offers a warped vision of Iraq and Islam 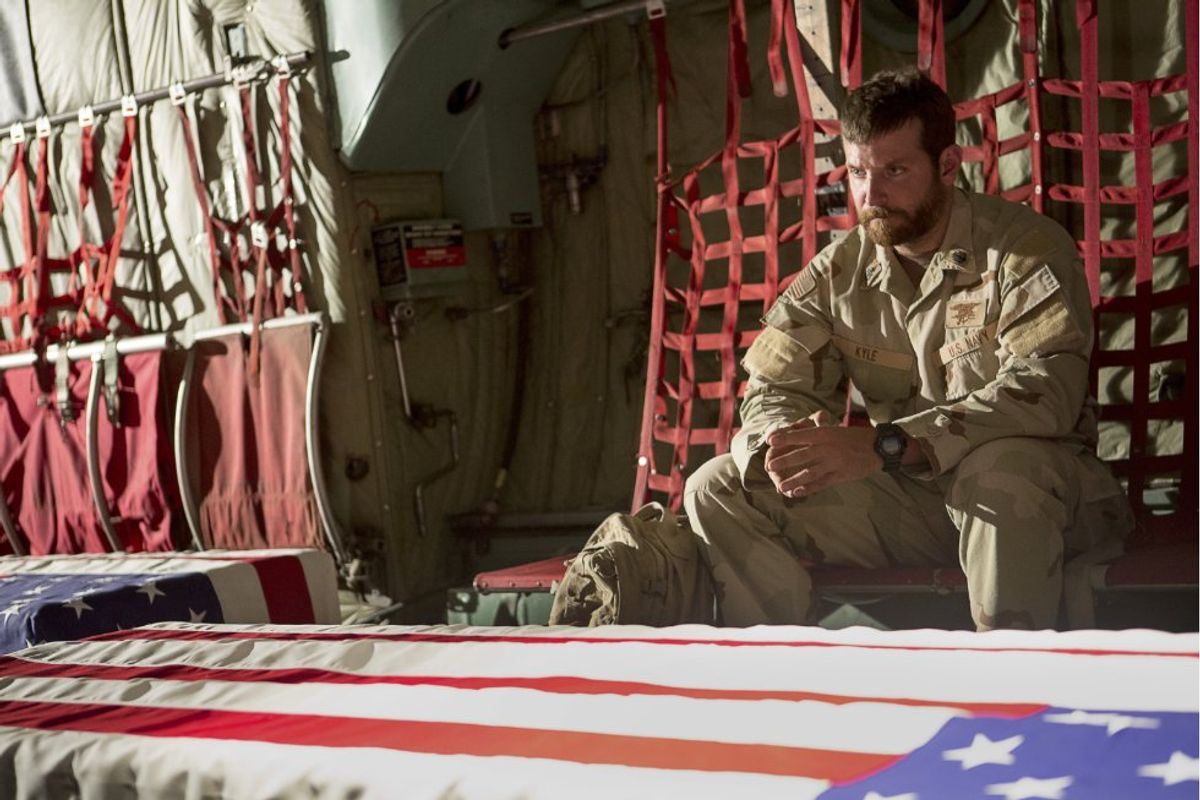 As controversy rages over American Sniper, many supporters of the movie have suggested that it's apolitical and shouldn't be construed as supportive of war or bigotry; that it's merely a character study of a tortured soldier. The problem with that analysis is that the film isn't focused on a group of soldiers suffering from post-traumatic stress disorder, or the difficulties with being reacquainted with civilian life, or the inadequacies of the Veterans Administration.

The movie is about Chris Kyle, a remorseless sniper who said his job was “fun” and wished he could return to Iraq to fight even more, and who made millions of dollars and gained worldwide fame writing about his exploits. If anything, Kyle is the absolute worst soldier one could pick to talk about soldiers coming home and our need to take care of them. The way he wrote and talked about his time in Iraq, one would think the war was the best thing that ever happened to him.

Filmmaker Clint Eastwood has responded to critics by noting he was against going to war in Iraq, and was skeptical of the war in Afghanistan as well. This doesn't explain why Eastwood chose to base his film on a soldier who viewed the war as both just and enjoyable, and it doesn't excuse him rendering the Iraqi characters of the film into mere props, either helpless civilians or evil terrorists. Nor does it justify Eastwood's use of 9/11 imagery in the film to imply that invading Iraq was revenge for terrorist attacks, which is a bastardization of history that has been used by war proponents. If Eastwood does consider himself a war critic, it appears he threw out his own principles in order to make a film that wouldn't ask its viewers any challenging questions about the war.

Whatever Eastwood's intent, the most damning indictment comes from how the film is being received. Critics of American Sniper's portrayal of Chris Kyle have received a torrent of death threats, even calls for decapitation, and the film has spawned an outpouring of anti-Muslim bigotry on social media.

In an interview with the Daily Beast, Cooper suggests that the film is apolitical and shouldn't be construed as supportive of war or bigotry:

“My hope is that if someone is having a political conversation about whether we should or should not have been in Iraq, whether the war is worth fighting, whether we won, whether we didn’t, why are we still there, all those [issues], that really—I hope—is not one that they would use this movie as a tool for,” Cooper told the Daily Beast, when asked about those targeting Kyle’s temperament. “And for me, and for Clint, this movie was always a character study about what the plight is for a soldier. The guy that I got to know, through all the source material that I read and watched, and home videos—hours and hours—I never saw anything like that.... It’s not a political discussion about war, even…It’s a discussion about the reality. And the reality is that people are coming home, and we have to take care of them.”

For a film that is supposed to be apolitical, American Sniper has become a rallying point for the political right. Fox News has done lengthy segments defending the film and decrying its critics; Sarah Palin, Bill O'Reilly and Rush Limbaugh have all become champions of Chris Kyle's reputation.

Perhaps there's a reason this Iraq war film has become politically polarizing in a way a long series of other Iraq dramas—The Hurt Locker, Green Zone, In the Valley of Elah, The Tiger and the Snow—haven't. Unlike most of the other major motion pictures about the conflict, American Sniper wants you to cheer on the morality of what Kyle is doing. Whatever the follies of the larger war may be, Kyle is the epitome of good, and the hundreds of people he does battle with are the epitome of bad.

The film hit wide release just weeks after terrorist attacks in Paris and resurgent Islamophobia, and just months after state violence was coming under heavy scrutiny in the United States following a string of police shootings of unarmed men. It gives people who want to see their country—represented by the government—as a powerful force for good against legions of swarthy, foreign masses of bad a reason to feel proud again. Troubling moral questions simply aren't good box office fodder.

The biggest shame is that the film could have sparked discussion about the tragic plight of America's soldiers. Veterans are coming home to a country that hasn't done enough to take care of them. Twenty-seven percent of veterans are disabled compared to about 14 percent of the general population; six percent of households receiving food stamp benefits have a veteran in them. The federal government estimates there are almost as many as 50,000 homeless veterans at any one time.

But Kyle is not one of those veterans. He made millions of dollars writing about his time in the military, and was eager to go back. He was a star featured by Conan O'Brien and the mega-church talk circuit. Although his family promised to donate book royalties to veterans organizations, only two percent ever actually made it to veterans. Kyle manufactured tall tales of shooting down carjackers in Texas and looters in Katrina, none of which was held against him, despite the fact that armed vigilantism is illegal.

Kyle's life story is designed to glamorize military life during the post-9/11 era, to make it seem exciting, morally unambiguous and sexy. It is about as far away as you can get from showing the very real horrors our military men and women have endured during 14 years of war: broken bodies, homelessness, unemployment, and more death than financial rewards.

When it comes to the people of Iraq, Eastwood is perhaps most faithful to Kyle's memoir, positing them simply as caricatures. No major feature film, including American Sniper, has looked at the impact of the war on the people of Iraq.

In 2006, Eastwood directed Letters From Iwo Jima to show the Japanese point of view following his film Flags of our Fathers. As far as I know, Eastwood has not planned a movie to show the vantage point of Iraqis who took up arms following the invasion and occupation. Whatever reason he may give for that, the answer is undoubtedly political. Doing so would put him in the same crosshairs as the critics of this film. Although the Imperial Japanese army killed millions of people in unprovoked warfare, it is simply more politically safe today to portray their soldiers in a humanistic light than to show the Muslim insurgents conservative America views as the greatest threat to their way of life.

American Sniper is a lot of things, and perhaps as Oscar season approaches, Eastwood's skill as a filmmaker and Bradley Cooper's talent as an actor will be rewarded. But as America continues to wage war in several Muslim countries and refuses to take a good, hard look at what the Iraq war did, both to our own veterans and to Iraqis, one thing no one can say about the film is that it's apolitical.