8 shockingly common pollution hazards you're exposed to every day

You might want to think twice about those scented candles... 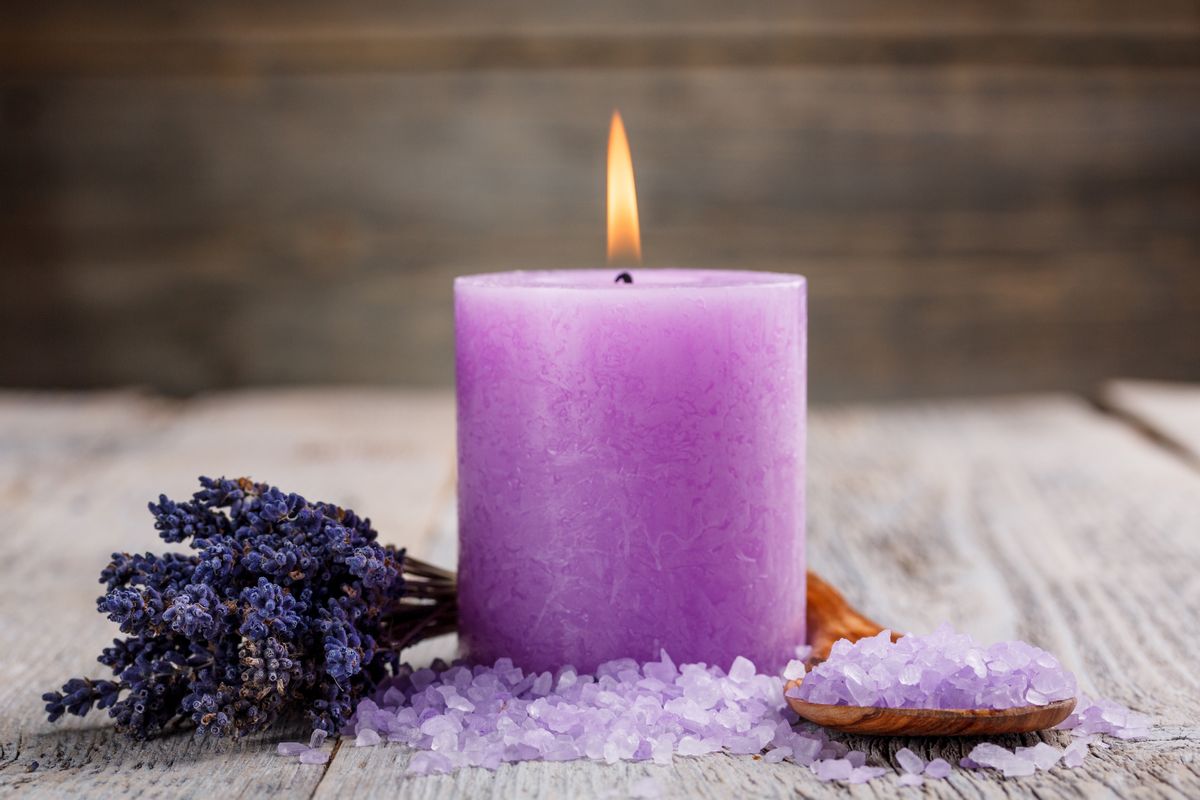 The Environmental Protection Agency says the air we breathe indoors can be up to five times more polluted than the air outside. And that is largely our fault as we unwittingly introduce products into our home that diminish the quality of our air. While we may know that secondhand smoke, radon gas and molds impair our indoor air quality, many sources of indoor air pollution aren’t so obvious.

1. Candles. As much as you may appreciate the atmosphere they create, candles can fill up your home with harmful gases and sediments. It doesn't always matter whether the candle is paraffin, vegetable oil, soy or beeswax based. During combustion, all candles release some soot carbon particles that become airborne and can lead to respiratory problems.

Paraffin comes with its own problems. It’s a byproduct of petroleum, coal or shale that’s whitened in industrial-strength bleach that infuses it with dioxins. Another chemical, acrolein, a compound linked to the risk of lung cancer from cigarette smoke, is added to the wax as a solidifying agent.

While the candle industry insists that the final product is inert, studies have shown that burning paraffin candles can release high amounts of benzene and toluene — both known carcinogens — into the atmosphere. And even if you buy a high-end candle, it doesn't make it any safer. Candles from retailers like Bed, Bath & Beyond, Yankee Candle Store and Crate & Barrel are mostly made from paraffin.

Add to the mix the artificial dyes and synthetic fragrances often used in candles, especially those for aromatherapy. The recipe varies from candle to candle, but the fragrances and dyes often contain toxic plasticizers and solvents.

If you can't live without your candles, consider those made of beeswax or vegetable oils, and with natural dyes and perfumes.

2. Dryer Sheets. Few scents are as comforting as warm laundry pulled from the dryer, thanks to the olfactory magic of fabric softener sheets. But have you ever wondered what's in those dryer sheets? That waxy feeling when you touch them is a surfactant compound that coats your clothes to keep them soft. The compound is also positively charged, which helps remove static. It’s often comprised of a mixture of quaternary ammonium salt (which is linked to asthma), silicon oil or stearic acid (derived from animal fat). When these ingredients heat in the dryer, they liquefy, coating the clothes. In essence, your fabrics aren't really softer—they're just coated with a fatty film to make you think they are.

Along with the surfactant are fragrances which contain toxins and get into the air when released from dryer vent emissions. Because the fragrances manufacturers use are trade secrets, consumers have no way of knowing what they contain. Federal laws require only that cleaning products list the ingredients that are active disinfectants or known to pose hazards.

A study published in the August 2011 issue of the journal Air Quality, Atmosphere and Health, shows that scented laundry items often contain numerous carcinogens and toxins not listed on the packaging, includingacetaldehyde and benzene. The University of Washington researchers called the air vented from machines that used scented laundry detergent and dryer sheets toxic.

It's probably best to ditch the dryer sheets altogether. But if you insist on using them, stick with the less toxic options. Seventh Generation makes dryer sheets that contain no fragrances or masking agents. The company also discloses all the ingredients of the sheets, which includes a plant-derived softening agent.

3. Carpets. As much as you may love that “new carpet smell,” that famous scent is actually the off-gassing of hazardous volatile organic compounds (VOCs) including toluene, bromine, benzene, formaldehyde, ethyl benzene, styrene, and acetone. Routine exposure to these chemicals are known to cause headaches, throat and eye irritation, allergies, confusion, and drowsiness. Synthetic carpets that contain nylon and olefin fibers are typically the worst offenders.

Regular exposure to significant levels of these toxins can pose long-term problems, including learning and memory impairment, birth defects, decreased fertility, and diseases of the liver, thyroid, ovaries, kidneys, and blood. Benzene is a well-known human carcinogen and formaldehyde is probable human carcinogen. Some new carpets also contain the moth-proofing chemical naphthalene, which is known to produce toxic reactions, especially in newborns. Also found in some carpets is p-Dichlorobenzene, a carcinogen also known to produce fetal abnormalities when tested on animals.

But it's not just new carpets that cause a problem. While older carpets no longer off-gas these chemicals, dust mites and their droppings begin to permeate the nap over time. The droppings cause severe allergic reactions in many people, and researchers are just beginning to correlate dust mite exposure to asthma. Household dust can also have high levels of lead, as the heavy metal still permeates our soil from the days of leaded paint and gasoline. We also add toxins into our carpets when we walk on them with our shoes, tracking in contaminated dirt and pesticides from the outdoors. Almost any toxic substance we use at home, from paints, to bug sprays, to candle or fireplace soot, can settle into carpet fibers and later spread into the air.

Consider investing in a quality HEPA vacuum cleaner that can help remove many of the toxins without throwing them back into the air. You can also buy carpeting certified “Green Label Plus” by the Carpet and Rug Institute, which evaluates carpeting for low emissions of VOCs.

4. Kitchen Stove. We’re not advocating getting rid of your range, but a poorly ventilated kitchen can cause a great amount of air pollution in your house, regardless if you’re a culinary whiz or not.

Gas stoves are particularly worrisome as they emit more nitrogen dioxide, a highly reactive gas that’s created when fuel is burned at high temperatures. Nitrogen dioxide, a strong oxidizing agent, mixes with the air to create nitric acid and toxic organic nitrates. These can irritate the lungs and lower resistance to respiratory infections such as influenza. Frequent exposure to higher concentrations than normally found in ambient air may cause acute respiratory illnesses in children, according to the EPA.

The solution to minimizing exposure to nitrogen dioxide is simple. Make sure the kitchen is well ventilated during cooking and for several minutes after. Investing in a high-quality ventilation fan, particularly a range hood, can greatly improve air quality. You should use ventilation whenever you’re cooking, not just for those times you burn something. If fan ventilation isn’t possible, as in some apartments, try to cook with nearby windows open.

5. Cleaning Products. Cleaning your home is important to air quality, as it removes dust, mold and other particulates from the air. However, many conventional household cleaning products often include harmful chemicals.

Even cleaners labeled “green” or “organic” may contain ingredients that can cause health problems. Notably, natural citrus fragrances can react with the air to produce dangerous pollutants indoors.

But conventional cleaning products are still far worse, as they may contain alcohol, chlorine, ammonia or petroleum-based solvents, all which can have negative effects on health, irritating the eyes or the throat or causing headaches. Some cleaning products release dangerous chemicals, including VOCs that can contribute to chronic respiratory problems and exacerbate allergies, asthma and other respiratory illnesses. Products containing VOCs include most aerosol sprays, chlorine bleach, rug and upholstery cleaners, furniture and floor polish, and oven cleaners.

Chlorine bleach is particularly nasty. Mixing it with any acidic cleaner like ammonia or vinegar can create chlorine gas (yes, the same gas used in chemical warfare) which can cause immediate health problems, even death, when inhaled.

If you want to keep your air clean while you clean, consider using less toxic, less expensive products such as hydrogen peroxide (for sanitizing, stain removal and bleaching), tea tree oil and water (for mold removal and as a disinfectant), and white vinegar (for cleaning glass, counters and tile).

These common household items work just as well as the high-end green cleaning products, if not better.

6. Paint. Even if you haven’t painted a room in years, the paint on the walls can still do some damage to your lungs, even your brain for that matter. People living in older homes may still have walls coated in lead paint, which was banned in the late 1970s. Lead can still be a powerful neurotoxin even decades after a room is painted, as the paint continues to chip, peel and flake off surfaces. Many of these chips break down and are pulverized to microscopic pieces that become part of the interior dust you breathe. If you’re worried about lead paint in an older dwelling, you should contact a licensed paint contractor to help you find ways of mitigating your exposure.

Newer paints also create some health risks in the home as many of them contain VOCs and can off-gas for weeks, even months after a room is coated. The short-term risks of these paint fumes are headaches, dizziness, nausea, asthma exacerbation, fatigue, skin allergies, confusion, and memory impairment.

When buying paint, look for brands that have lower levels of VOCs. Low-VOC and zero-VOC paints are just as good as standard interior and exterior paints. They also tend to dry much more quickly and they're far better for you and the environment.

7. Air Fresheners. While they may cover up bad odors, air fresheners can actually make indoor air much worse by emiting toxic pollutants at levels that may lead to health risks. Many clean-air advocates compare their toxicity to that of secondhand smoke.

There's plenty of research to back up those claims. Scientists at the UC Berkeley and Lawrence Berkeley National Laboratory discovered that many top-selling fresheners contain significant amounts of ethylene-based glycol ethers, which are known to create neurological and blood effects, including fatigue, nausea, tremor, and anemia. These ethers are classified as hazardous air pollutants by the EPA and California Air Resources Board.

Many air fresheners also contain phthalates, a common family of household chemicals often used to soften plastics. You'll find phthalates in many plastic household products and toys, but they're also used in air fresheners to support the fragrance. As the manufacturers of air fresheners don't need to disclose all their ingredients, it's difficult to pinpoint which products contain them. Phthalates are known endocrine disruptors and can be specifically harmful to infants and children who do not have developed endocrine systems. Phthalates have notable effects on the developing male sex organs and are linked to abnormally developed male genitalia, poor semen quality and low testosterone levels.

8. Air Purifiers. Knowing that the air in a home may contain dangerous pollutants, consumers have invested in air purifiers to remove the toxins. However, some air purifiers release large amounts of ozone into the atmosphere, which has a pleasant, sweet scent (similar to what you might smell after a thunderstorm).

Consumers shouldn’t be fooled by what their noses tell them; ozone is a potent lung irritant and consistent exposure to it has been linked to the exacerbation of chronic lung diseases like COPD and asthma. It can also be harmful to infants, even scarring their lungs during early development.

About a decade ago, Consumer Reports found that some popular air purifiers, notably those made by Sharper Image, released unhealthy amounts of ozone into the atmosphere. Since that time, the EPA has warned against using ozone emitters as air purifiers and California Air Resources Board has banned air purification systems that emit high amounts of ozone. However, you’ll still see some of these air purifiers for sale online and in stores.

This is not to say all air purifiers are bad; many actually do a great job at removing air contaminants and protecting your health. If you’re interested in buying an air purifier, we recommend you use Good Housekeeping’s guide to help you with your decision.