More than just passing a law on paid family leave, Congress should create incentives so that men will take it 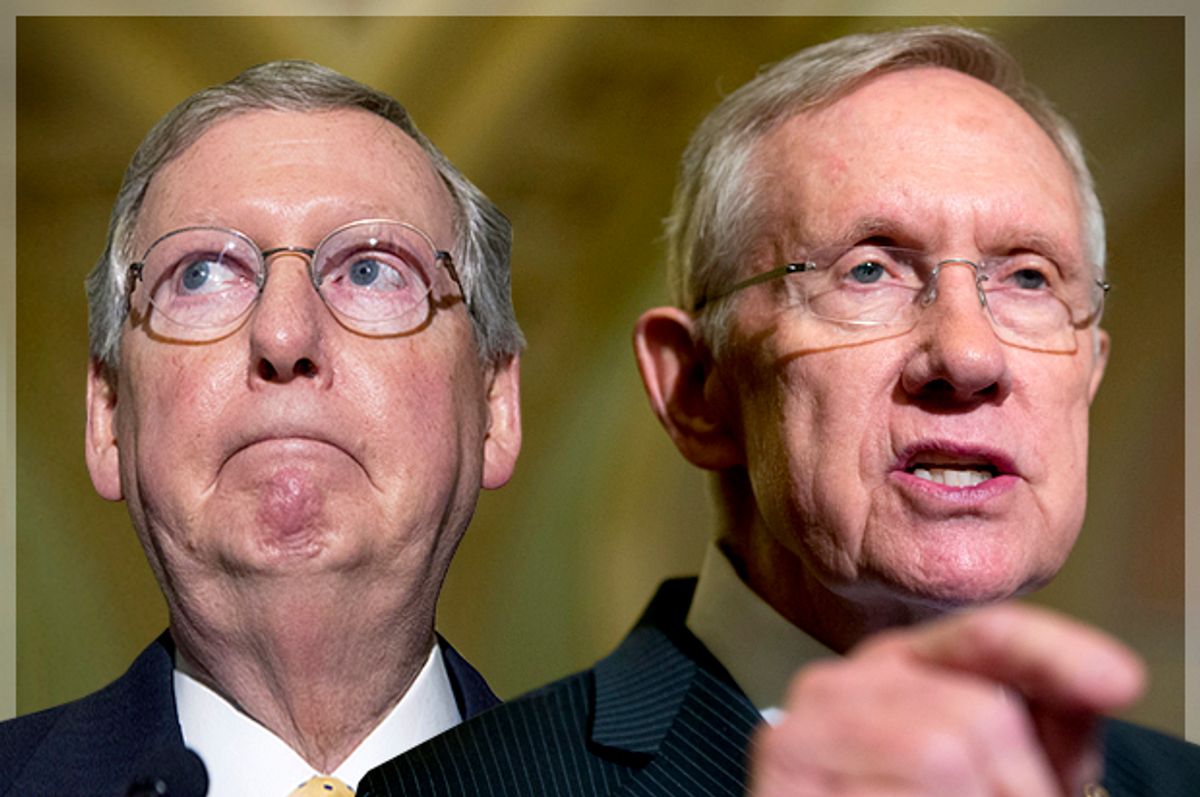 Whenever I write a piece about, say, incentivizing paternity leave or addressing the structural roots of the gender wage gap, I inevitably receive an angry email that includes some version of the following, Men and women want different things! Women want to stay home and men want to work and these policies are just social engineering! I am so hungry and sad but instead of eating or sleeping I am emailing you angry and condescending things while referencing your age and gender in an attempt to diminish your seriousness as a writer!

Additionally, researchers found that family-friendly policies, which President Obama called “middle class economics” in his State of the Union address, make egalitarianism within romantic relationships even more appealing, particularly for women. So rather than government meddling, policies that expand access to affordable childcare or family leave actually help people realize the ambitions and expectations they already have for their lives and relationships.

“Our study provides compelling evidence that if policies such as flexible scheduling, parental leave, and subsidized child care were universally in place, women would be even more likely to want an egalitarian relationship with their partner and much less likely to want to be primarily responsible for housework and childcare,” Pedulla said. “These findings offer new insights that may be useful in guiding policymakers and organizations that are interested in reducing gender inequality and improving the work and family lives of young men and women.”

“This research highlights an important disjuncture between the ideals and preferences of young men and women and the workplace policies and practices that are currently standard in the United States,” according to Thébaud.

So men and women want more equitable relationships, but our current policies and cultural norms are getting in the way. Democrats spent a good portion of the 2014 midterms campaigning on equal pay and other family-friendly policies, and before he centered the issues in his State of the Union address, President Obama took an executive action to give federal workers paid family leave and urged Congress to follow suit. Democrats have made it a priority because these concerns tend to rank high on voters’ lists, and are supported across party lines.

“The paid sick days and minimum wage victories in the midterms showed that these issues have clear bi-partisan support, and voters will turn out to support these policies at the state or local level in the absence of action by Congress,” Make It Work co-founder and co-executive director Tracy Sturdivant said in a statement on the poll.

So not only do people want more egalitarian relationships, they also want the policies that help support such relationships. Right now, they’re not getting either. But even at a moment when the idea of Congress passing a paid family leave policy feels more like a drug-induced hallucination than plausible policy, the reality is that, even if Congress were to shock the nation and act on such a measure, the policy change alone might not be enough to shift the dynamic.

You see, Sweden seems like a pretty good place to live for a lot of reasons, and a long-standing paternity leave policy is one of them. Back in 1974, Sweden replaced its maternity leave policy with a family leave policy that could be divvied out depending on each family’s preference. (I’m talking about straight, two-parent households here.) But lots of dads still didn’t take any time off, they simply gave over their portion of leave time to their partners. Women were still shouldering most of the childcare, despite a nominally equitable system.

Here’s how Katrin Bennhold explained the persistence of the gender divide over at the New York Times:

Sweden, [former deputy prime minister Bengt Westerberg] said, faced a vicious circle. Women continued to take parental leave not just for tradition’s sake but because their pay was often lower, thus perpetuating pay differences. Companies, meanwhile, made clear to men that staying home with baby was not compatible with a career.

Introducing “daddy leave” in 1995 had an immediate impact. No father was forced to stay home, but the family lost one month of subsidies if he did not. Soon more than eight in 10 men took leave. The addition of a second nontransferable father month in 2002 only marginally increased the number of men taking leave, but it more than doubled the amount of time they take.

And more than just a model for more equitable relationships, the policy boosted women’s earnings. According to a study published by the Swedish Institute of Labor Market Policy Evaluation, a woman’s future earnings increased, on average, 7 percent for every month of paternity leave her partner used.

So while the current debate about family leave and affordable childcare is essential, it likely won’t be enough to allow people to have the work and personal lives that they say they really want and need. In order for that to become a reality, we need policies that give working families the time they need -- and policy and cultural shifts that prevent men and women from being punished when they take it. Getting any of Obama’s “middle class economics” policies passed through this Congress is already a tall order, but pushing those policies one step further -- to actually incentivize paternity leave rather than just offer it -- is an ambitious step forward that the country desperately needs.