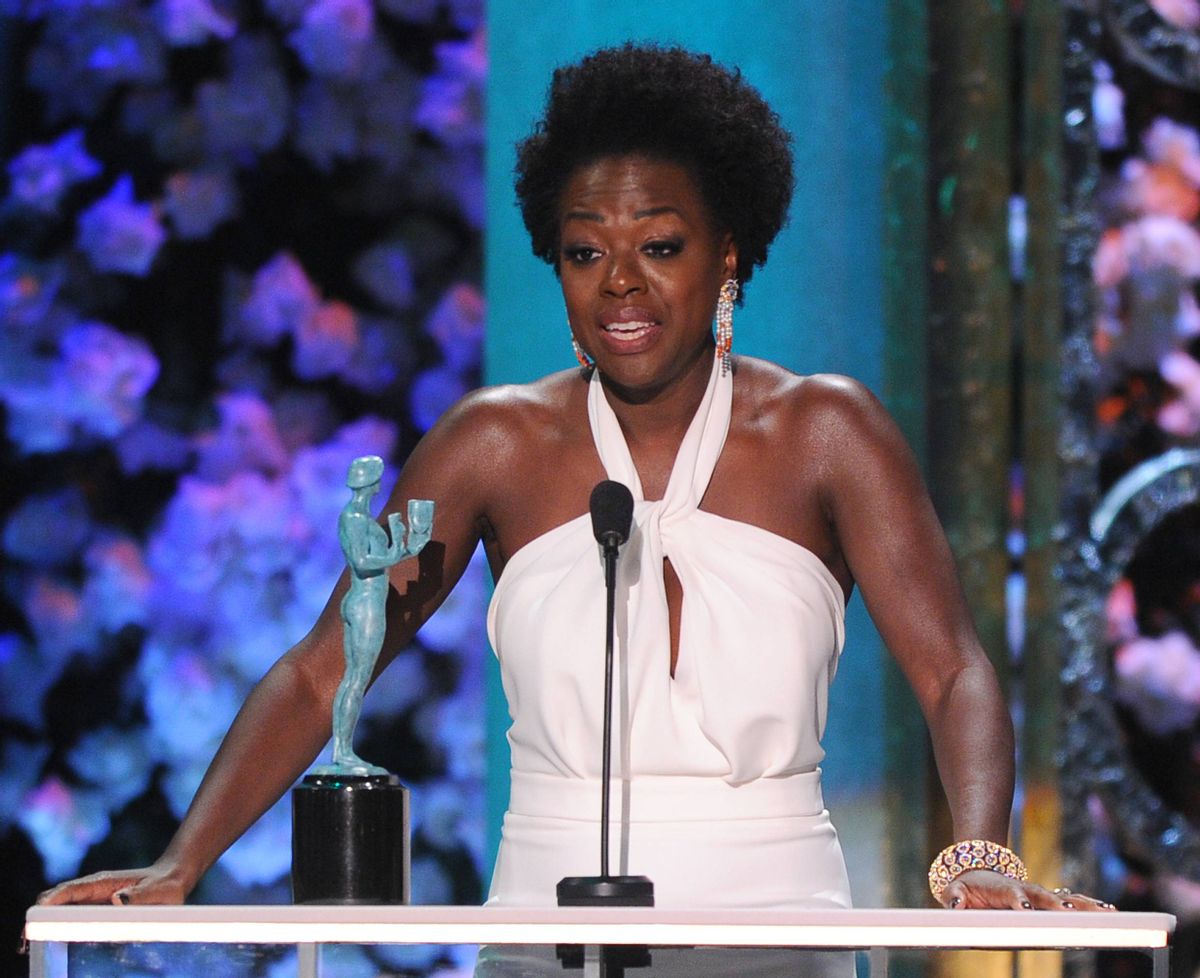 Viola Davis accepts the award for outstanding performance by a female actor in a drama series for How to Get Away with Murder on stage at the 21st annual Screen Actors Guild Awards at the Shrine Auditorium on Sunday, Jan. 25, 2015, in Los Angeles. (Photo by Vince Bucci/Invision/AP) (Vince Bucci/Invision/AP)
--

Davis and Uzu Aduba made history taking home SAG trophies for best actress in a drama for the show "How to Get Away With Murder," and best actress in a comedy for the Netflix series "Orange is the New Black" respectively. This was the first time that African American women won in both categories.

In Davis's acceptance speech she stated that building a story, with diverse characters who look like real people, starts from the top -- evoking a story of her four-year-old daughter.

"When I tell my daughter stories at night, inevitably, a few things happen," Davis began. "Number one, I use my imagination. I always start with life, and then I build from there. And then the other thing that happens is she always says, 'Mommy, can you put me in the story?' And you know, it starts from the top up."

Davis then thanked the producers and show creators (including Shonda Rhimes) for "thinking that a sexualized, messy, mysterious woman could be a 49-year-old, dark-skinned African American woman who looks like me." Watch the moving speech below: