And discusses climate change, "something about which you should give a fuck" 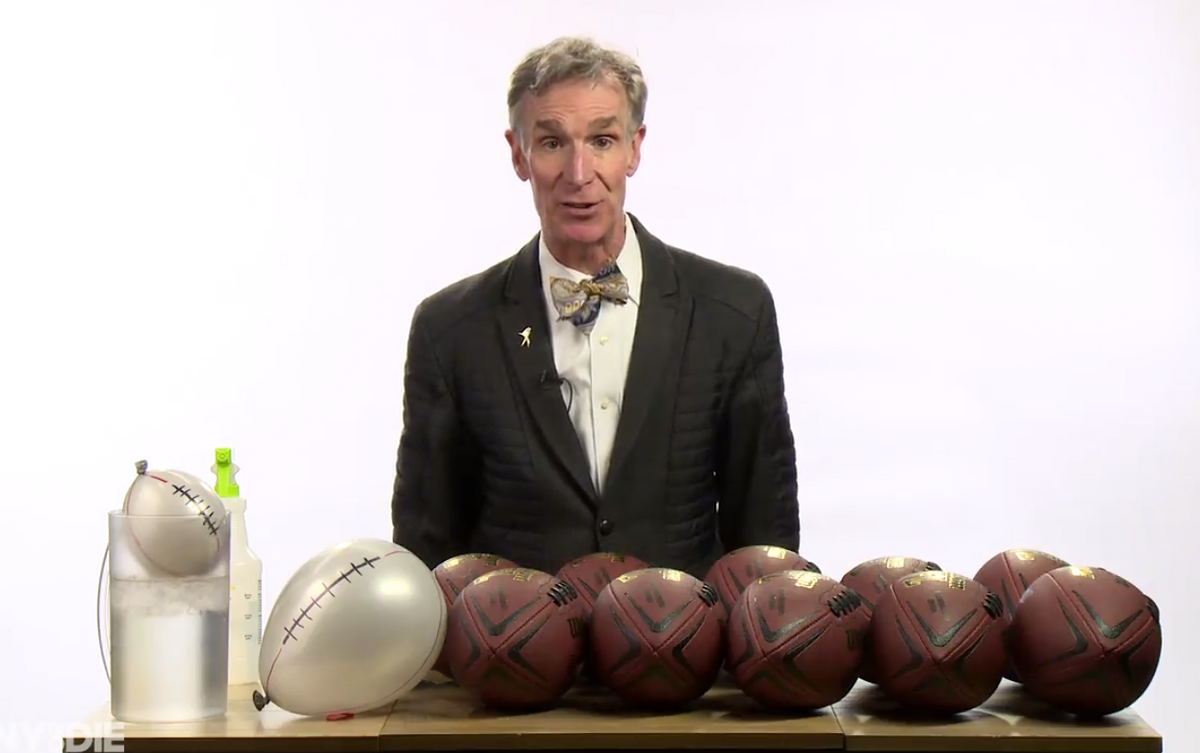 Bill Nye and "Funny or Die" teamed up to demonstrate the deflated science of Patriots coach Bill Belichick's soft football explanation (and they also sneak in an extra little lesson).

Recently on "Good Morning America," Bill Nye was asked to weigh in on the science of "deflate-gate" -- the New England Patriots' deflated football scandal. Nye's "Good Morning America" explanation was brief, and to be honest left something to be desired -- like a whole science experiment a la "Bill Nye the Science Guy."

Below, "Funny or Die" and Nye actually demonstrate what would happen if balls went from 80 degrees Fahrenheit to 51 degrees Fahrenheit for such a short amount of time. Most importantly, Nye reminds us that man-made climate change is real. And unlike "deflate-gate" it is, as Nye says, "something about which you should give a fuck."