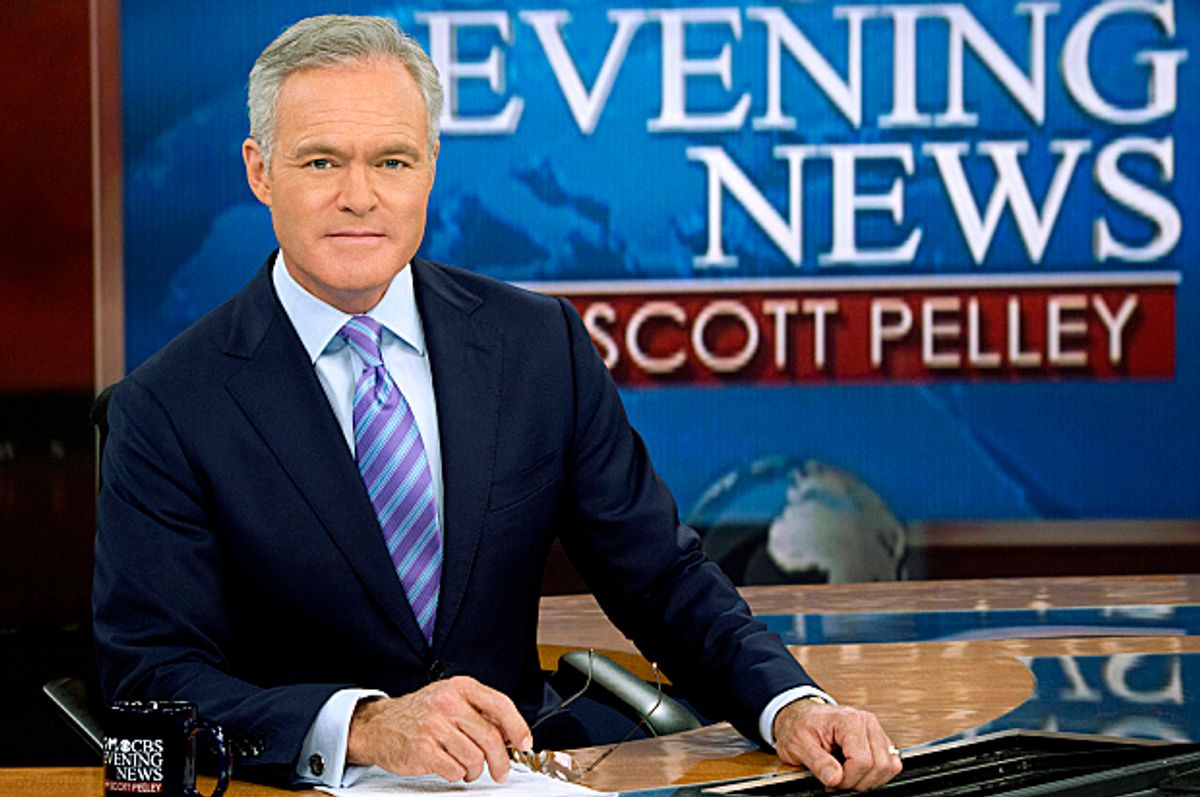 All of a sudden, the Republican Party cares deeply, strongly, tremendously about income inequality. Jeb Bush’s new PAC bemoans the fact that top earners have benefitted disproportionately from the economic recovery, and his response to President Obama’s state of the union speech complained that “While the sluggish recovery has been good for some, far too many people have been left behind.” Marco Rubio, Ted Cruz, and Rand Paul all agree that Obama has made income inequality worse. With the economy picking up steam and avenues for criticizing the president’s economic record disappearing, the GOP, which has earned its longstanding reputation as the party of the rich, is stealing a page from Elizabeth Warren’s playbook and retooling “class warfare” for its own purposes.

To that end, the leaders of the new Republican-dominated Congress, John Boehner and Mitch McConnell, sat down with CBS’s Scott Pelley on “60 Minutes” this weekend and made their own contributions to the party’s newfound focus on inequality. In the process they categorically rejected policies that would reduce inequality, and endorsed policies that would worsen it. And they did so without so much as a word of protest from their interviewer.

“Things are getting better,” McConnell said about the economy, “but the point is: who is benefiting from this? This has been a top of the income recovery. The so-called 1 percent that the president is always talking about have done quite well.”

Since McConnell brought up the subject, Pelley asked a straightforward question: “Is income inequality a problem in this country? Is it a problem that Republicans want to address?” Boehner responded: “It is. And, frankly the president’s policies have made income inequality worse. All the regulations that are coming out of Washington make it more difficult for employers to hire more people. Chief amongst those, I would argue, is Obamacare, which basically puts a penalty or a tax on employers for every new job they create.”

Right here’s where Pelley should have jumped in and pushed back against the Speaker. The Affordable Care Act is actually aimed squarely at reducing the income gap. By subsidizing health insurance for lower income Americans and expanding access to Medicaid, the ACA could “boost the average incomes of the bottom fifth of wage earners, according to a Brookings Institution report, by nearly 6 percent in 2016,” National Journal reported last year. Those benefits for low earners are paid for through a variety of tax increases on middle- and high-income Americans.

And guess what? It’s working. According to the Washington Post and the Tax Policy Center: “The ACA subsidies and Medicaid expansion will provide another boost, well over $1,000 a year per household. It will expand the income of not just the poor but the middle class as well, though a great deal of the benefits will go to lower-income Americans.” When the New York Times crunched the Obamacare numbers towards the end of last year, it concluded that the “data shows that the law has done something rather unusual in the American economy this century: It has pushed back against inequality, essentially redistributing income — in the form of health insurance or insurance subsidies — to many of the groups that have fared poorly over the last few decades.”

The flip side to this is that the current Republican policy position is to eliminate this federal health subsidy program that defrays the cost of health coverage for the poorest Americans and replace it with nothing. Should the GOP maintain this position and successfully implement it, lower-income Americans will lose their subsidies and the tax hikes on investment income that pay for those subsidies will disappear back into the pockets of the wealthy. And then poorer Americans will be forced to choose between crappy insurance coverage that costs a fortune, or no insurance coverage that leaves them exposed to catastrophically high medical expenses.

By agitating for Obamacare’s repeal and declining to offer a replacement healthcare plan, the GOP explicitly advocates for worsening income inequality. Pelley could have and should have pointed out something along these lines instead of letting Boehner fake some concern for the income gap.

Instead of challenging Boehner, Pelley listed some of the agenda items Obama laid out during his state of the union speech – increased taxes on capital gains, closing loopholes that allow the rich to dodge taxes on inherited wealth, free community college, higher minimum wage, expanded child tax credits for working families – and asking if they’re “dead or alive” with the new Republican Congress. They were all “dead,” save for the child tax credit, which Boehner said was something “that can be looked at in the overall context of simplifying our tax code and bringing rates down for everyone.”

The policies the two Republican leaders declared “dead” would have lessened income inequality, in particular the bump in taxes on income from capital gains, which is the chief driver of the income gap. It would have been nice had Pelley actually asked what Boehner and McConnell had in mind for curing the scourge of inequality, given that they’re not willing to entertain any of the options the president put forward. Instead we got nothing in the way of follow-up.

Again, this stuff matters given that the GOP clearly has it in mind to make income inequality the core of their economic message now that the economy is no longer the horrorshow it was in the early years of the Obama administration. The party’s best avenue for criticizing the president is to claim that the benefits of his recovery have not bene distributed equally. That criticism isn’t misguided, but it’s rendered completely hollow when the people making it support policies that would worsen the problem.