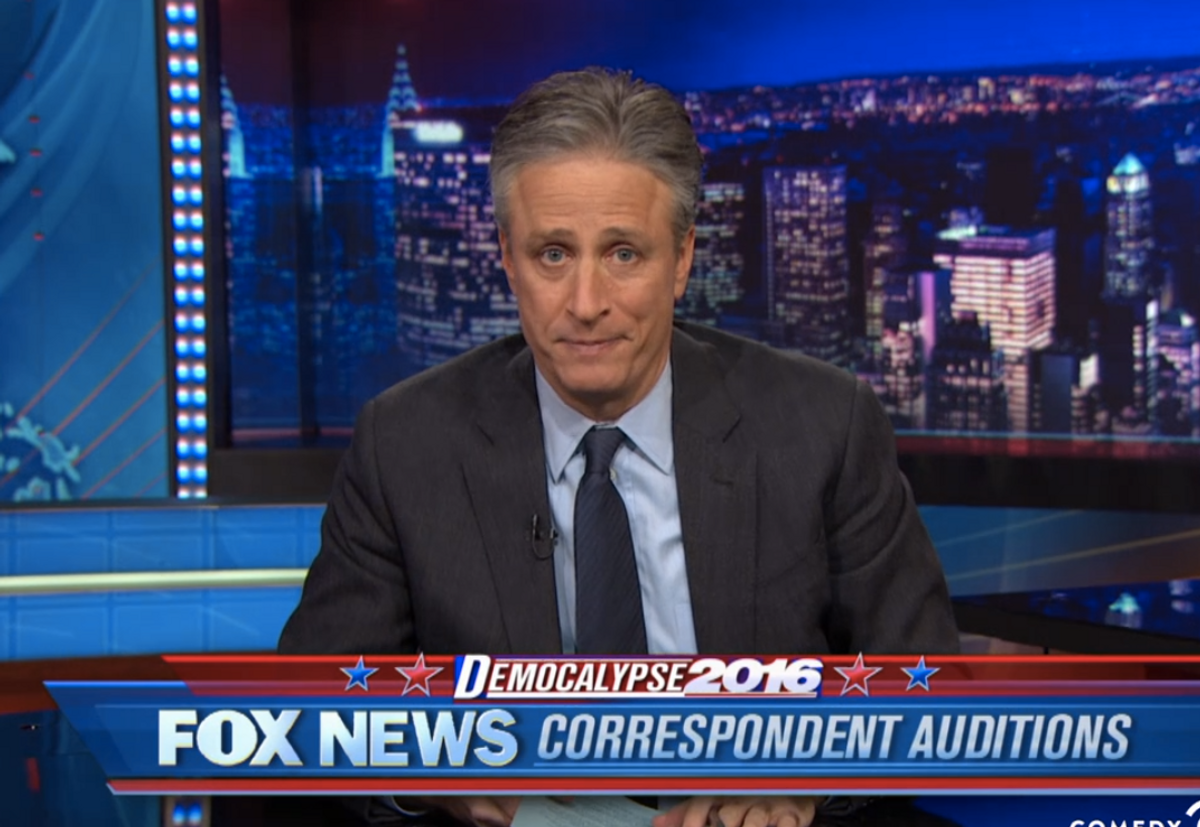 On Monday night's "Daily Show," Jon Stewart focused in on Iowa, and the Freedom Summit that took place over the weekend.

"A lot of Republicans who will never be president met this weekend," Stewart began. "And it's the subject of tonight's Democalypse 2016."

Everyone from Gov. Scott Walker to Sen. Ted Cruz gave an odd speech, but nobody topped the zany incoherence of Sarah Palin.