This was a little awkward 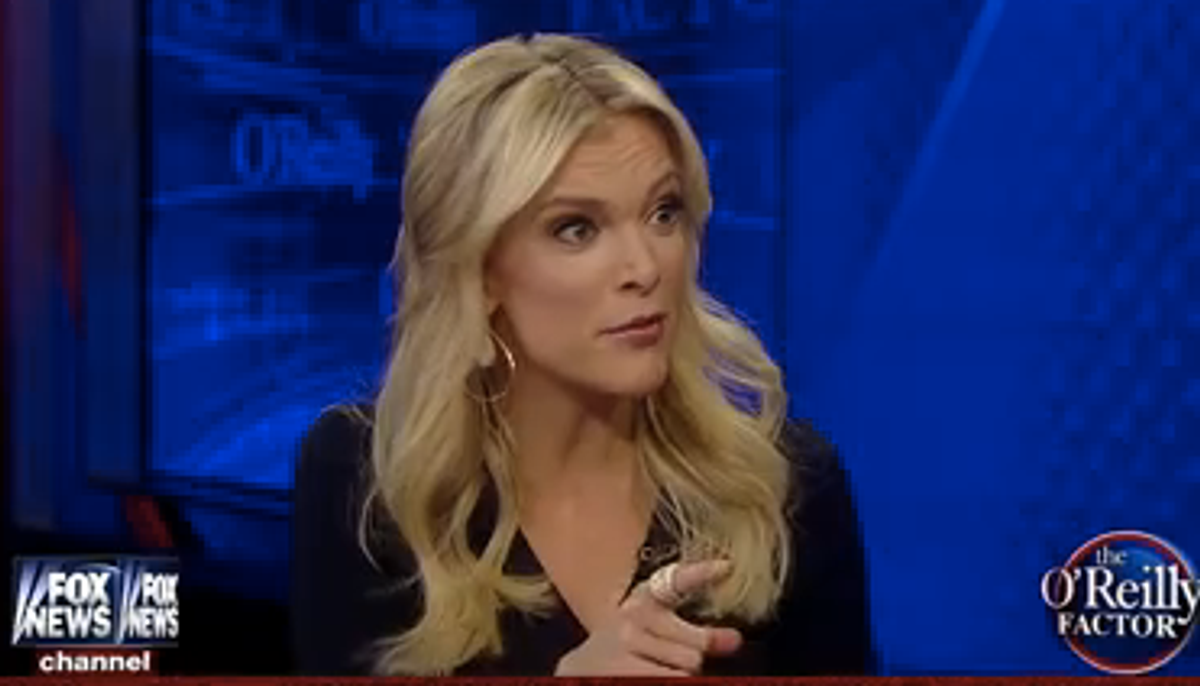 As occasional sparring partners over issues like white privilege and income inequality, Fox News anchors Bill O'Reilly and Megyn Kelly are accustomed to not always seeing matters the same way. So it was that the two stars of Roger Ailes' network parted ways over a recent New York Times Magazine profile of Kelly. The largely glowing piece, by the magazine's Jim Rutenberg, depicts Kelly as a serious, hard-charging journalist, unlike some people featured on the nation's premiere conservative network.

During Monday night's "O'Reilly Factor," the host dinged Rutenberg's profile as a "puff piece," bemoaning that other Fox personalities don't receive such favorable treatment from the Gray Lady. Kelly, unsurprisingly, wasn't as down on the piece as her colleague.

"Look, the New York Times, I can't remember them ever saying anything good about anybody on this channel," he continued.

"Jealousy is an ugly emotion, Bill," Kelly -- who has started to beat O'Reilly in the crucial 25-54 age demographic -- interjected.

Reemphasizing that Kelly receives more favorable media treatment than others at Fox, O'Reilly speculated it was because she is "charming."

“Oh my God, it’s on camera — this is awesome,” Kelly said of O'Reilly's compliment. “Another puff piece, right now, is happening at this moment.”

Kelly proceeded to insist that Rutenberg's profile was indeed fair and balanced, to coin a phrase.

To be sure, O'Reilly did have something of a point. Rutenberg's profile largely glided over some of the more unsavory aspects of Kelly's journalism -- her hyping of the phony "New Black Panther" voter fraud conspiracy theory, her role in fomenting Benghazi hysteria, her disturbing pattern of mainstreaming some of the most vile and hateful voices in America's public debate -- in the service of hailing Kelly as a different kind of Fox anchor.

Given Rutenberg's near-reverential description of a handful of fearless, truth-telling "Megyn moments" -- known elsewhere as "journalism moments" -- O'Reilly was well within his bounds in dubbing Rutenberg's profile a "puff piece." Somehow, that doesn't make Kelly's gentle-yet-piercing response to the blowhard any less delicious.

Watch the clip below, via Raw Story: