The church has not reversed its stance on same-sex marriage, but called for an anti-discrimination measure to pass 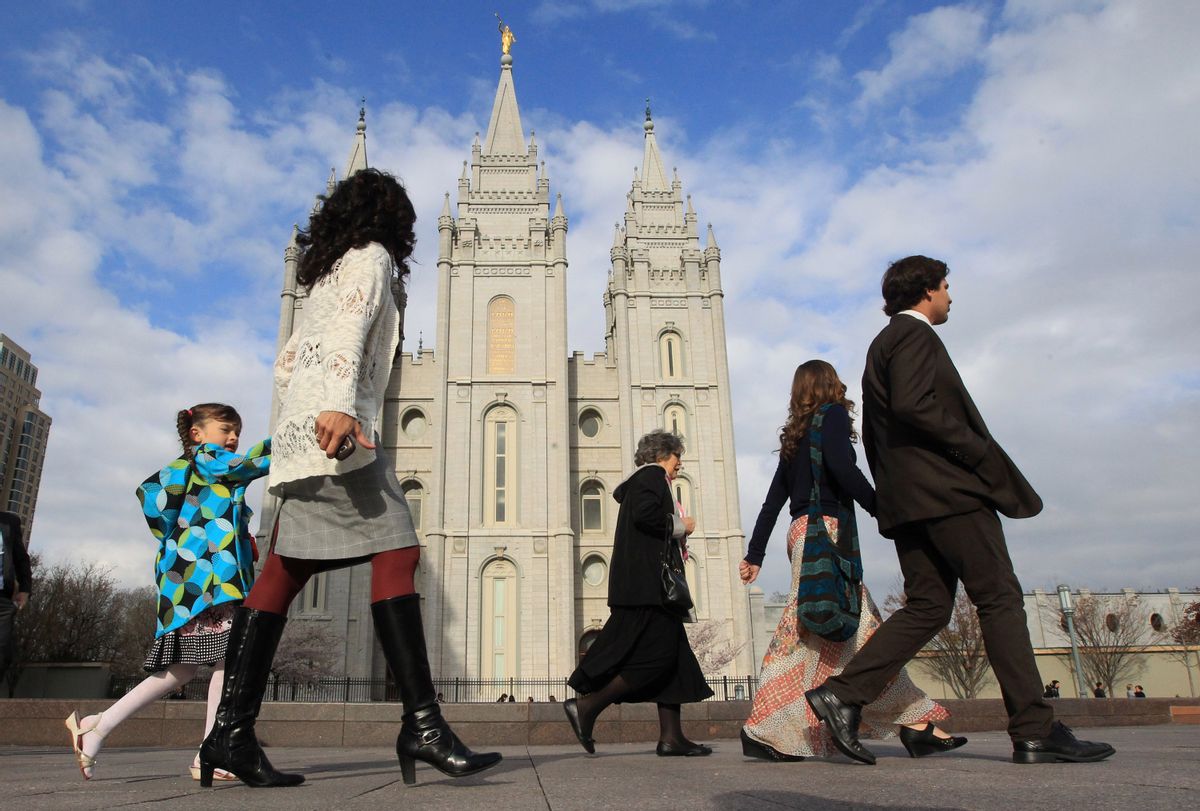 In a somewhat contradictory but positive move on Tuesday, leaders of the Mormon church announced their support for a Utah measure to protect members of the LGBT community from housing and employment discrimination -- but officials noted that this does not indicate a change in the church's stance on same-sex marriage. While the church plans to launch a campaign supporting some protections for LGBT people, Mormon leaders also indicated that it would only support such measures so long as they did not impinge upon religious freedom.

It's not clear how much common ground the Mormons will find with this new campaign. The church insists it is making no changes in doctrine, and still believes it's against the law of God to have sex outside marriage between a man and a woman.

But church leaders who held a rare news conference Tuesday said "we must all learn to live with others who do not share the same beliefs or values." [...]

Mormon leaders still want to hire and fire workers based not only on religious beliefs, but also on behavior standards known as honor codes that require gays and lesbians to remain celibate or marry someone of the opposite sex. The church also wants legal protections for religious objectors who work in government and health care, such as a physician who refuses to perform an abortion, or provide artificial insemination for a lesbian couple.

"Accommodating the rights of all people -- including their religious rights -- requires wisdom and judgment, compassion and fairness," Elder Jeffrey R. Holland, one of the apostles, said at the press conference. "Politically, it certainly requires dedication to the highest level of statesmanship. Nothing is achieved if either side resorts to bullying, political point scoring or accusations of bigotry."

Watch a clip from the announcement below: