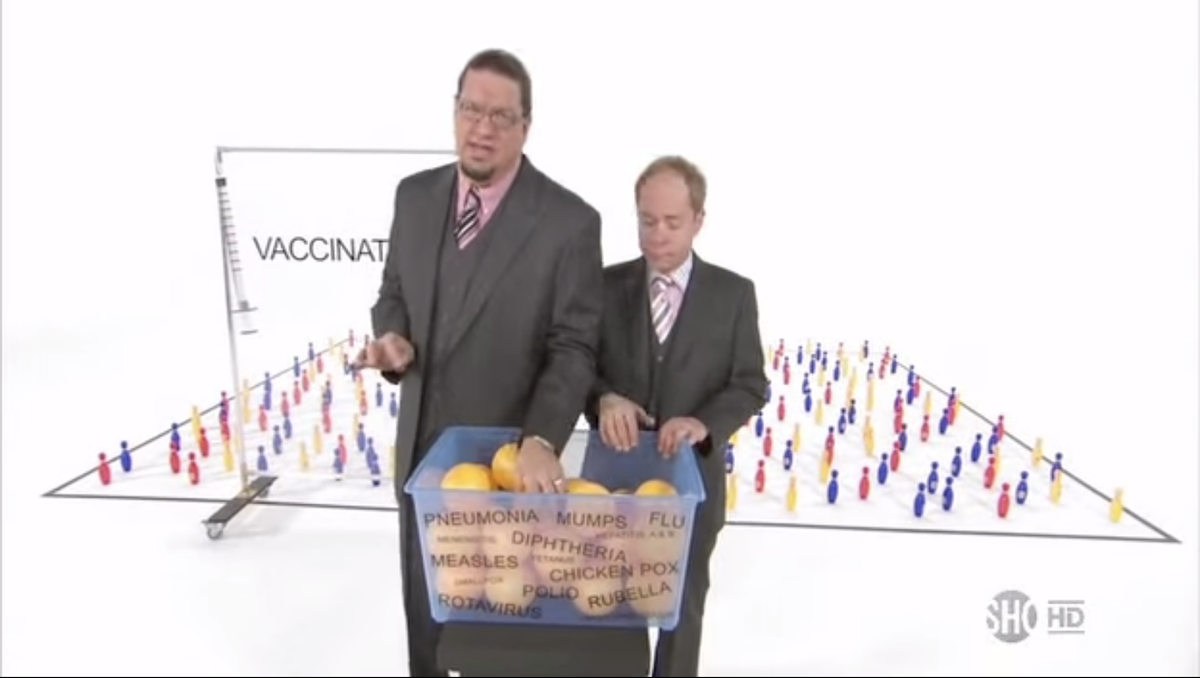 Anti-vaxxers have recently earned themselves a little sliver of the news cycle after a measles outbreak began Anaheim, Calif.'s Disneyland. As of Monday, there were 74 cases of the disease, which managed to spread so rapidly because a large portion of the infected were unvaccinated.

"You may have heard vaccination causes autism in 1 out of 110 children," says Penn Jillette. "Fuck that. Total bullshit."

The two then perform a thought experiment humoring anti-vaxxers who believe that 1 in 110 kids will be affected, despite science indicating otherwise. It's still way more dangerous not to be vaccinated, they convincingly argue.