Community Discussion: How can we teach an interest in nature?

Salon readers inspire a discussion about children and nature. 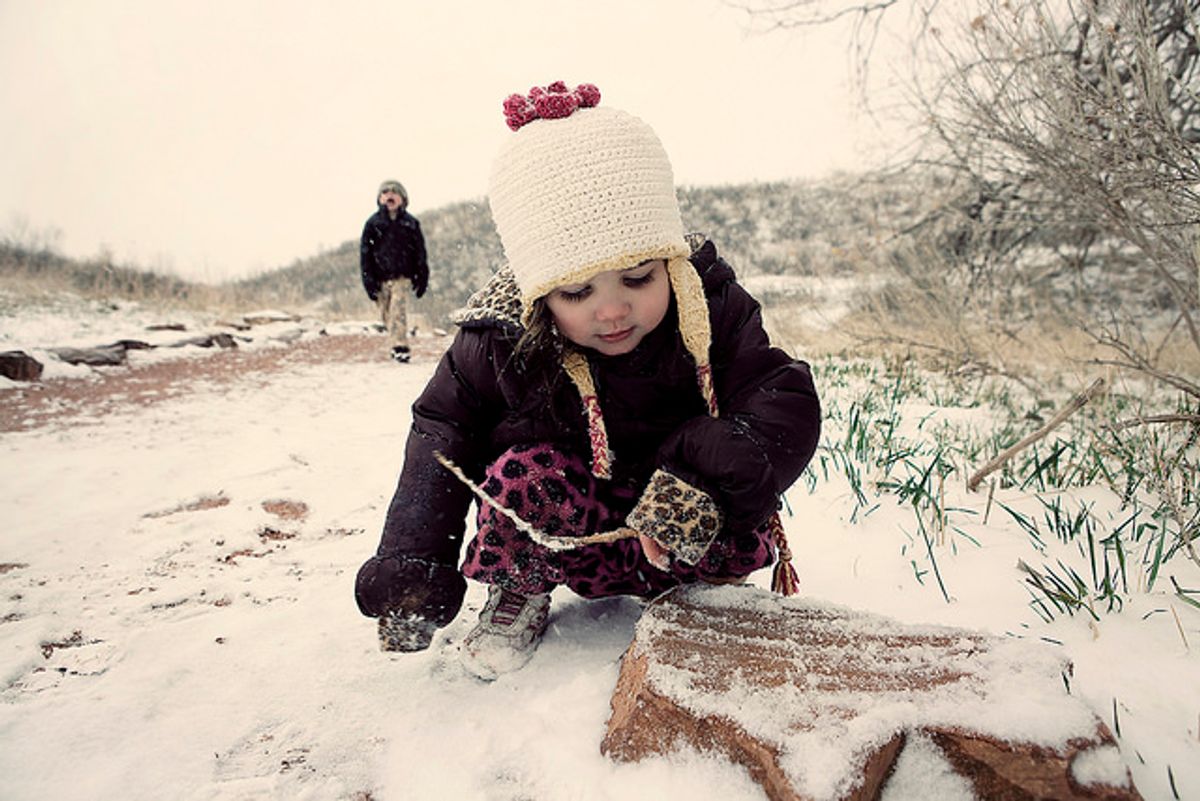 Lindsay Abrams recently interviewed M. Sanjayan, a conservation scientist and documentarian who wants to put humans back in the context of nature, and to show how intertwined we are with the animals who live around and among us.

One of our readers, family guy, left an impassioned comment calling for a change in how our culture perceives nature. This inspired the beginning of a debate that we feel is an important one to bring to the Sustainability community.

family guy proposes a concrete change in how we educate our children.

Get kids out of the education warehouses that are our present schools in the U.S., and outside to where the natural world exists. Mandate an entire year of local field ecology for high school students. Provide them with an opportunity to explore and wonder about the living world and their impacts on it. Make it real and relevant.

Coming to understand and appreciate nature takes time and exposure, as well as good teaching and interpretation. Right now, at least in the U.S., that is sorely lacking for the most part.

We humans are capable of great wonder and love for nature, which can add great meaning to the experience of being alive. But, if we rob ourselves of contact with nature by paving over so much of our living spaces, we don't eve get the chance to express or experience that.

This idea recalls a long history of thinking, from the educational theories of Rousseau through to the Scouting movement and radical educational practices such as Unschooling. It also works simply as a response to the growing and widely recognized problem that children and young people are staying inside more, engaging in less physical activity, and suffering health consequences as a result. Youth participation in organized sports and visits to National Parks have both been in decline in for years. Responses so far have largely focused on combating the symptoms, while education in America increasingly becomes more standardized and reliant on testing, with trendy Charter schools such as the KIPP program competing to extend the school day.

In reply to family guy, notthere did not disagree but reminds us that there are barriers between children and nature and called for even more commitment.

If you wait to high school to bring understanding of ecology to our city kids (the vast majority of the school population) you've waited far too long and too late. This should be part of the education, even if obliquely (big, fat caterpillar), from the earliest years.

With air conditioning, cellphones and more entertainment choices than ever before, recent generations have fewer incentives to leave the house. Many adults seem content to keep children inside, going as far as to enforce it. Last year saw a number of high profile incidents where mothers were arrested for letting their children play outside. Are these symptoms or causes of our cultural withdrawal from nature? Are our children staying indoors because they have not been taught an appreciation of nature, or is ignorance of the outdoors a consequence of the increasing ease of staying indoors?

What do you think the reasons are for this turning away from nature, and how do you think we should address them? How were you taught to treat and appreciate the natural world? Have you had the opportunity to pass your appreciate on to children, either your own or others? Let us know in the comments!