"Just about everybody else in this book is white": Daniel Handler and the race questions the New York Times won't ask 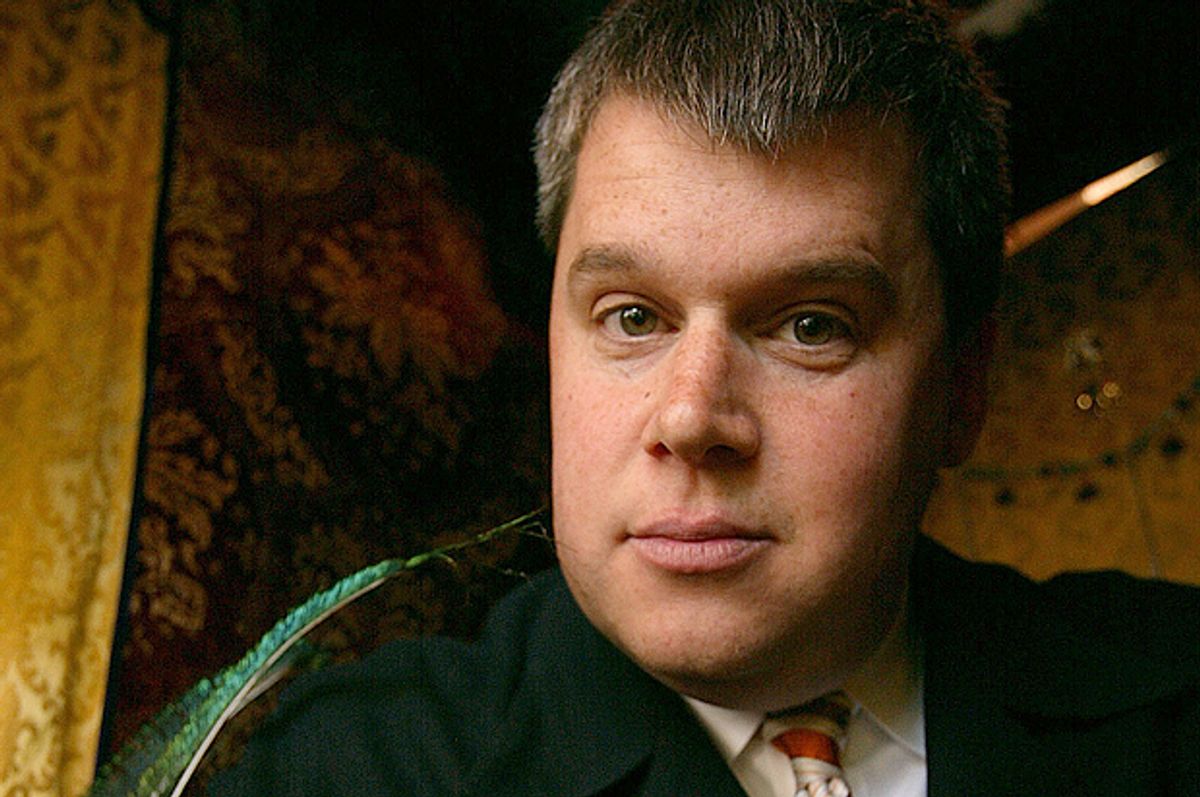 Daniel Handler has had a couple of months to let the heat die down from the ill-conceived racist jokes he made while hosting the National Book Award ceremony in November. Fellow authors and book lovers took the “Lemony Snicket” series author to task for, among other comments, joking about Jacqueline Woodson’s watermelon allergy as she won the medal for her autobiographical young adult novel in verse “Brown Girl Dreaming.”

Woodson was not amused, as she wrote about the surprise humiliation in a subsequentOp-Ed in the New York Times. Handler apologized, donated $100,000 to the We Need Diverse Books campaign and went quiet for the holidays.

Now Handler has a new book for adults out, “We Are Pirates,” and he’s been interviewed by the New York Times Book Review. Raise your hand if the most pressing question you have is, “What books are currently on your night stand?”

That's right, the New York Times picked Handler for its By the Book treatment.

That’s a safe, soft place to land -- especially with Larry King in retirement -- and usually reserved for celebrity authors who want to remind the readership, “Why yes, I did write a new book.” If one would want, for example, to avoid uncomfortable questions about making racist jokes at awards ceremonies, By the Book is waiting for you. His Q&A makes no reference to the incident, either in print or in a longer version online.

Instead, in perhaps the most sideways nod to any controversy ever, the interview does lead with its standard italicized introduction, noting that Handler particularly enjoys the works of Miss Manners. “I consult her frequently, in order to behave better,” the author is quoted as saying, an odd non sequitur that, to the unknowing reader, would sound like nothing more than a lightly impudent wink at social proprieties: What a rascal! Oh, but he’s a good chap at heart. Which was pretty much his apology, by the way—he was sorry his “ill-conceived attempts at humor” overshadowed Woodson’s night.

This deliberate avoidance is significant for two reasons. The Times led the coverage of Handler’s book, publishing the column in the Jan. 25 print edition. If it won't address the controversy, it sets a precedent that encourages other outlets to pretend none of it ever happened. If the Times has moved on, after all, shouldn’t we? You can almost hear his publicist using this line to talk nosier journalists out of raising the question in later interviews.

But an even bigger reason to be curious about the Times' odd editorial decision can be found in the Washington Post’s review of Handler’s new book. Ron Charles gives Handler’s book a thorough consideration in his largely positive review -- but doesn’t shy away from the controversy, because it turns out it’s not only significant to the larger literary conversation, it’s applicable to the new novel, too.

Charles finds it “curious to see that Handler has sprinkled in wry comments about racial attitudes in the early 21st century” given the events in November:

“He comported himself afterward with sincere remorse and seems to have escaped any permanent damage to his reputation, but now these self-conscious cracks about race in ‘We Are Pirates’ feel radioactive, as when he tells us: ‘Just about everybody else, by the way, in this book is white.’ Later a woman screams ‘the way the appearance of a black man makes everything suddenly scary.’ When bleeding-heart liberal Phil needs help, he’s happy to see that the police officers on hand are black. ‘They would work hard and ruthlessly,’ he thinks, ‘twice as hard, due to injustice.’ At a coffee shop, ‘the guy with bloodshot eyes returned and stretched his hand across the counter to greet the other guy in a knocking, clasping ritual believed at the time to be favored by black people.’”

Charles attempts to get to the root of Handler’s thinking here, chalking it up, perhaps, to “a remnant of that American outlaw spirit that tempts Handler to risk these satiric jabs. He can always prance away, pretend it was all just meant in fun —never mind.”

Too bad the Times didn’t ask Handler themselves when it had the chance.