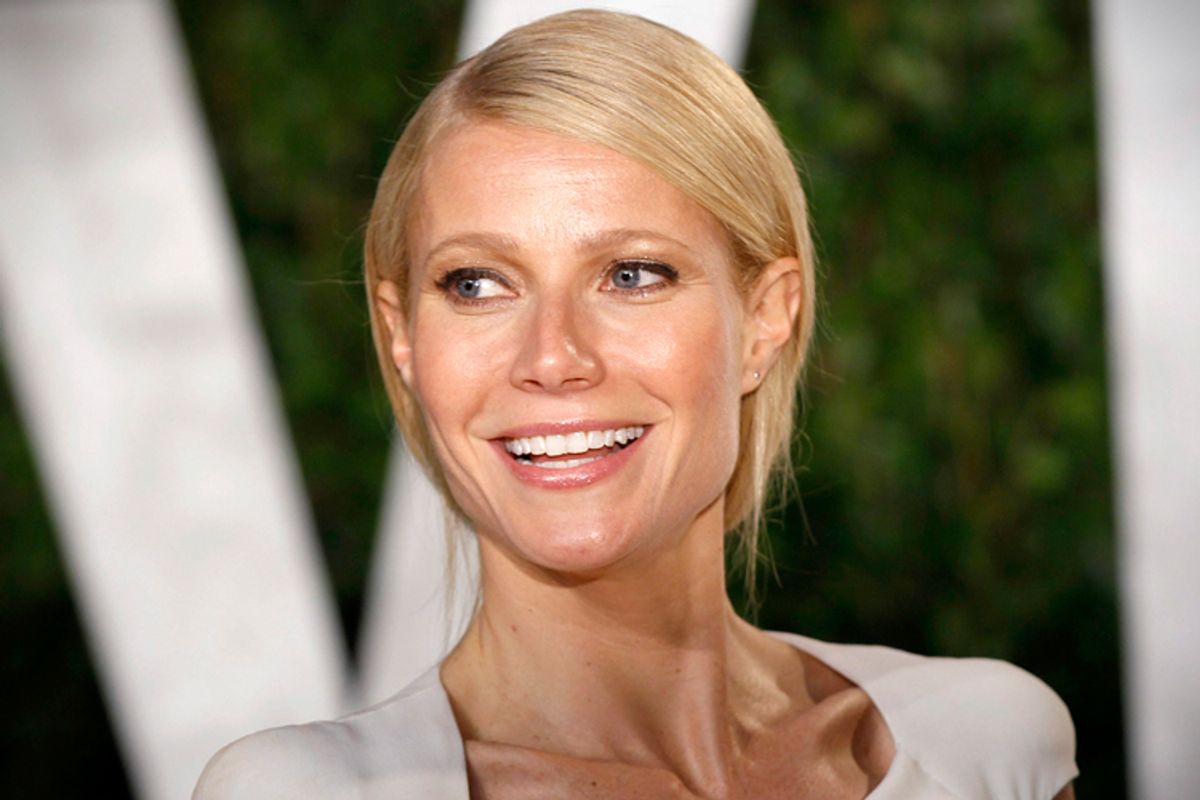 Gwyneth Paltrow, coiner of bougie self-aware phrases like “conscious uncoupling” that even her own mother doesn’t quite buy into, has a hot new tip for the ladies: there is a Los Angeles spa she describes as “the next level” of Korean spas where the signature treatment is the “Mugworth V-Steam”:

“You sit on what is essentially a mini-throne, and a combination of infrared and mugwort steam cleanses your uterus, et al. It is an energetic release—not just a steam douche—that balances female hormone levels. If you’re in LA, you have to do it.”

And if you're not, book a ticket for your rusty V, because it desperately needs the energetic release that only a blast of hot mugwort-infused air can give it! If Goop herself says this is the new way to treat yourself, who are we to argue?

The V-Steam hits all of the high points of a classic GOOP recommendation: it’s prestigious (mini-throne), exotic (Mugwort isn’t one of those non-canonical Harry Potter characters, is it?) vaguely medicinal (kills intestinal worms!), and completely unnecessary.

Most of Gwyneth’s lifestyle commentary comes off as ridiculously out-of-touch: she’s dreaming if she thinks it’s so much harder to be a movie star on set than a regular working mom, and her smug tips on how to divorce with class and style in a way ignore pedestrian details like finances that other divorcing couples have to contend with in a very real way. But not only is it hard to hate on the absurdity of a $50 shot of steam up your crotch that promises to strengthen your nervous system and correct digestive disorders, it’s an impressive display of self-aware humor that Goop should continue to embrace with both elegant, kale-fed arms.

Nobody really needs Gwyneth Paltrow to be more relatable. Don’t we already have a phalanx of earth-bound empresses throwing their celebrity weight and eye behind affordable treats mass-produced for discount department stores? If Goop used her Academy Award-winning acting skills to transform herself into someone the average woman could actually imagine herself having a conversation with and not breaking out into hysterical snort-laughter after less than five minutes, what on earth would we do with Lauren Conrad? Send her back to Laguna Beach to sell real estate?

All things go, true, but if Gwyneth remains the paragon of unattainable perfection, we can feel better about our squandered weekends of petty failure, our un-organic family dinners of regret. The mugwort-infused truth is that we need Goop to be the GOOPiest she can possibly be, because in slaying her image we obtain a cathartic release that even flavored steam can’t replicate. That she is obviously, at this point, wholly in on the joke only makes me love her and need her more.