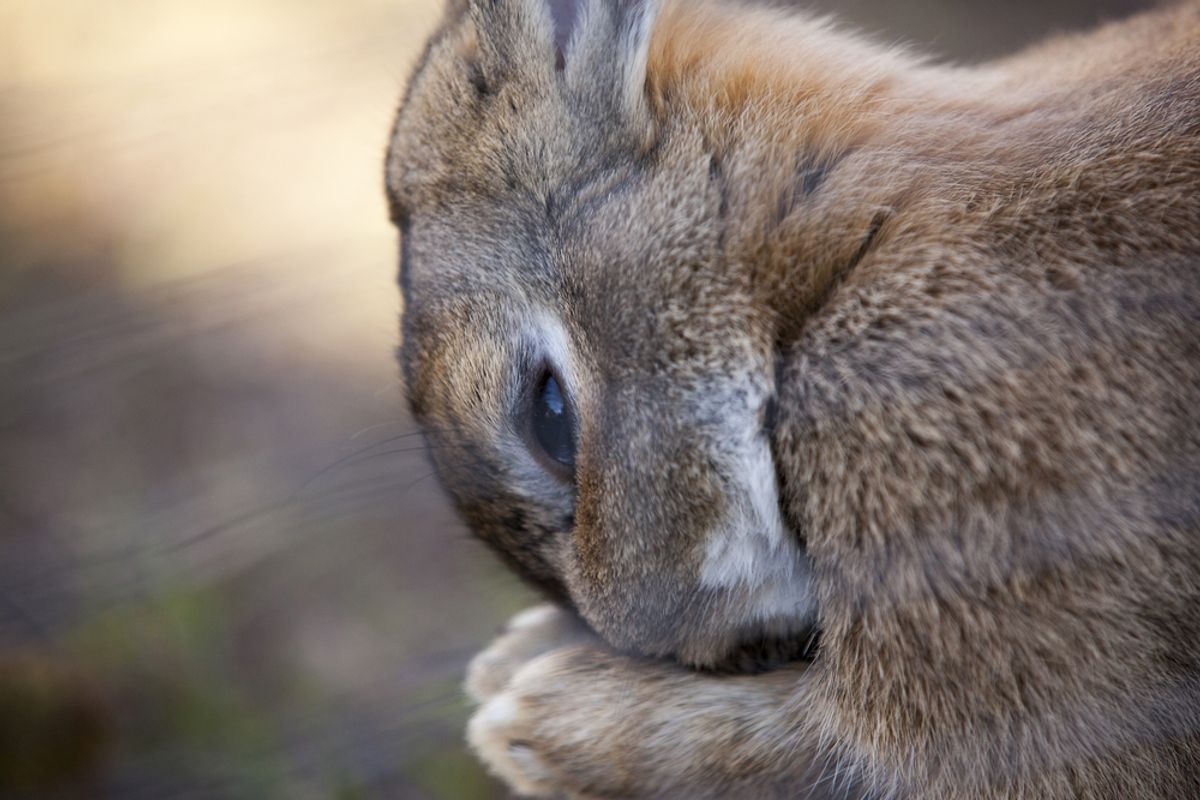 At 2 p.m. on Tuesday, while most of New York had closed itself into apartments and underground bunkers, 74 rabbits were still hanging out in a Brooklyn lot in nearly a foot of snow. After receiving a tip, the NYPD called Dorota Trec, the owner of the Gowanus property at which the rabbits were hopping around and told her to bring the animals inside. She didn't.

At around 7:30 p.m., the cops got another call. "We got called back to the same location and there was the same problem. The rabbits were still out there," said a police source to the New York Daily News.

The cops procured a warrant from the Brooklyn District Attorney's office and ended up "seizing" all 74 rabbits to bring them to New York's Animal Care and Control office. I'll pause for you to think of a few law enforcement officers trying to corral 74 bunnies into the back seat of a few cop cars. That's likely not how it happened but it is still a valuable image.

"The rabbits were in imminent danger from a severe blizzard headed for New York City," said an ASPCA spokeswoman.

The same Gowanus rabbit colony has been under investigation by the DA's office for some time, although Trec says she keeps them to bring joy to the community. DNA Info's Leslie Albrecht reports:

The advocates fear the demands of caring for the fast-multiplying bunnies could soon overwhelm their owner, and groups including the American Society for the Prevention of Cruelty to Animals, the Humane Society of New York and local rabbit rescue groups have stepped forward to offer spay and neuter services, vet care and help with finding new homes for the dozens of rabbits...

Keeping dozens of rabbits as pets is legal — there's no limit on the number of animals someone can have under city law.

But authorities can seize animals and arrest owners when pets aren't properly cared for, meaning that they're not given adequate food, water and shelter. It's unlawful to keep rabbits in crowded, unsanitary and "unhealthful" conditions, according to the law.

"If you don't know much about rabbits, they're really adorable, and you can't tell that they're suffering," said Natalie Reeves, founder of Big Apple Bunnies, in an interview with DNA Info. "These are domesticated rabbits that don't have protection from the elements. It's clearly cruelty."