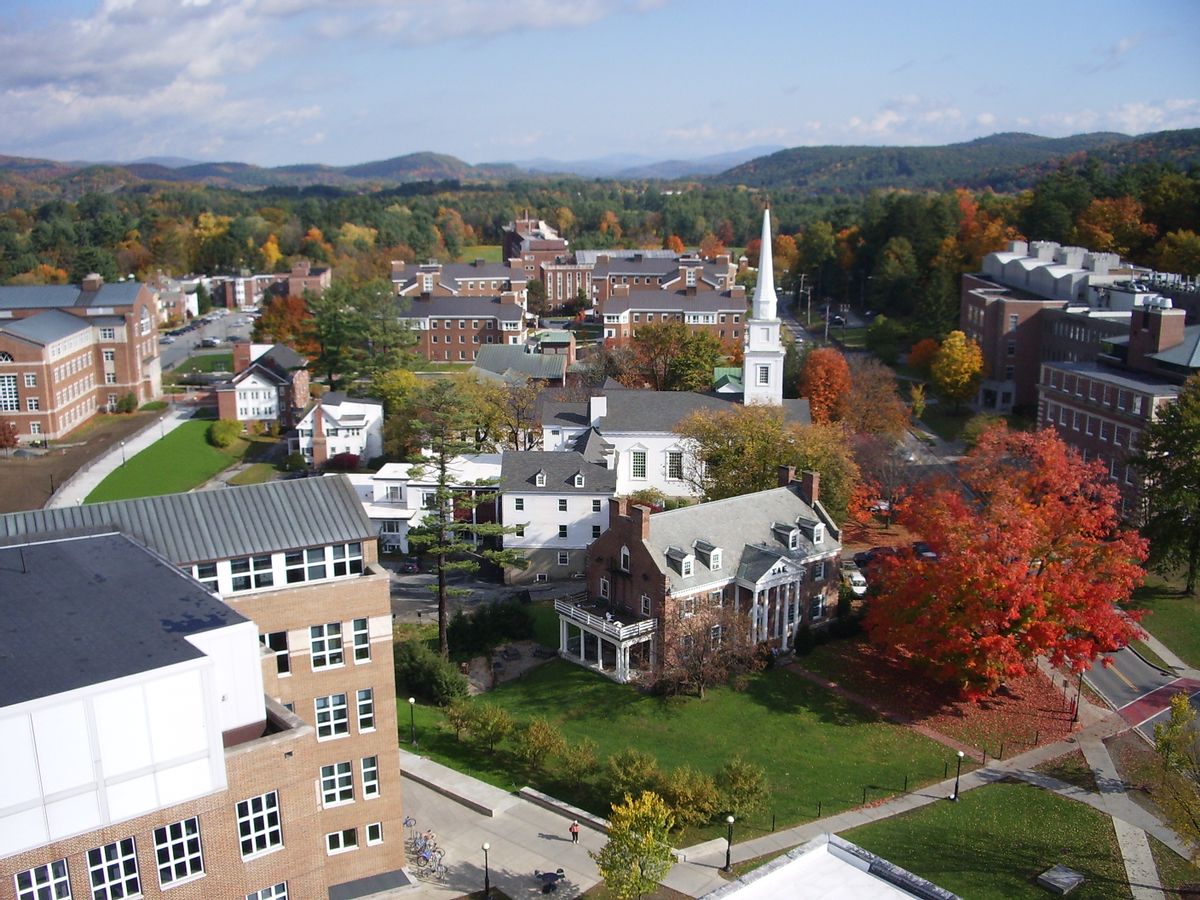 Dartmouth College, one of the 95 institutions of higher education nationwide under federal investigation for their handling of sexual assault investigations, has taken a bold step in attempting to improve campus safety. On Thursday, Dartmouth president Philip J. Hanlon announced plans to ban the possession of hard alcohol on campus as well as the elimination of fraternity and sorority "pledges," which college officials say facilitate "extreme behavior" on campus.

The proposal, which also includes plans to create a network of new "residential communities" to complement Dartmouth's dominant Greek community, is the culmination of months of strategizing by school officials to find solutions to the dual crises of pervasive campus rape and binge drinking. Via Washington Post:

The college last year overhauled how it polices sexual misconduct, with new rules that call for rigorous investigations when an assault is reported and mandatory expulsion of students found responsible in the most egregious offenses. In addition ... fraternities and sororities have embarked voluntarily on major reforms, including an end to the custom of requiring new members to undergo a probationary period as “pledges.” That is meant to quell the abuses of hazing rituals.

Now Hanlon wants the college to crack down on abuse of alcohol, specifically on consumption of alcoholic beverages of 30 proof or higher.

“The evidence is clear: Hard alcohol is posing a serious threat to the health and safety of our campus,” Hanlon said in a prepared speech he planned to deliver Thursday morning on the campus in Hanover. Most of the time when alcohol causes a medical problem, he said, “it is hard alcohol — rather than just beer or wine — that lands students on a hospital gurney.”

Hanlon continued: “We do not need hard alcohol at Dartmouth. In fact, many students have suggested it shouldn’t be here. Beginning today, Dartmouth will take a lead among colleges in dealing with hard alcohol on campus. Hard alcohol will not be served at events open to the public — whether the event is sponsored by the college or by student organizations. Penalties for students found in possession of hard alcohol will ramp up. And so will penalties for those who purchase and provide any alcohol to minors.”

While it's yet unclear when Dartmouth's proposal will go into effect or how it will play a role in reducing danger and violence on campus, the plans are significantly more stringent than recent changes at UVA, which were sparked by the now-discredited Rolling Stone report on an alleged gang rape in that campus's Greek community. UVA recently required its Greek organizations to agree to new safety standards that prohibit mixed drinks at parties, and require at least three "sober brothers" serving alcohol, which may not come from any communal source such as a punch bowl or beer keg. Hard alcohol, however, is still allowed, so long as it is served by a state-licensed bartender from a hired third-party outlet.

Dartmouth's plans do mark a serious departure from the school's reputation as the inspiration for legendary frat comedy "Animal House," and might well be a move other universities should follow. Eliminating hard alcohol and pledging, however, do not fully address the deeper issues that cause rampant sexual assault on college campuses, but those fundamental problems have not gone entirely unaddressed; another portion of Hanlon's proposal includes ongoing sexual violence education programs to last throughout students' undergraduate time at the college. At the very least, it seems the proposal is attempting to cover all bases.